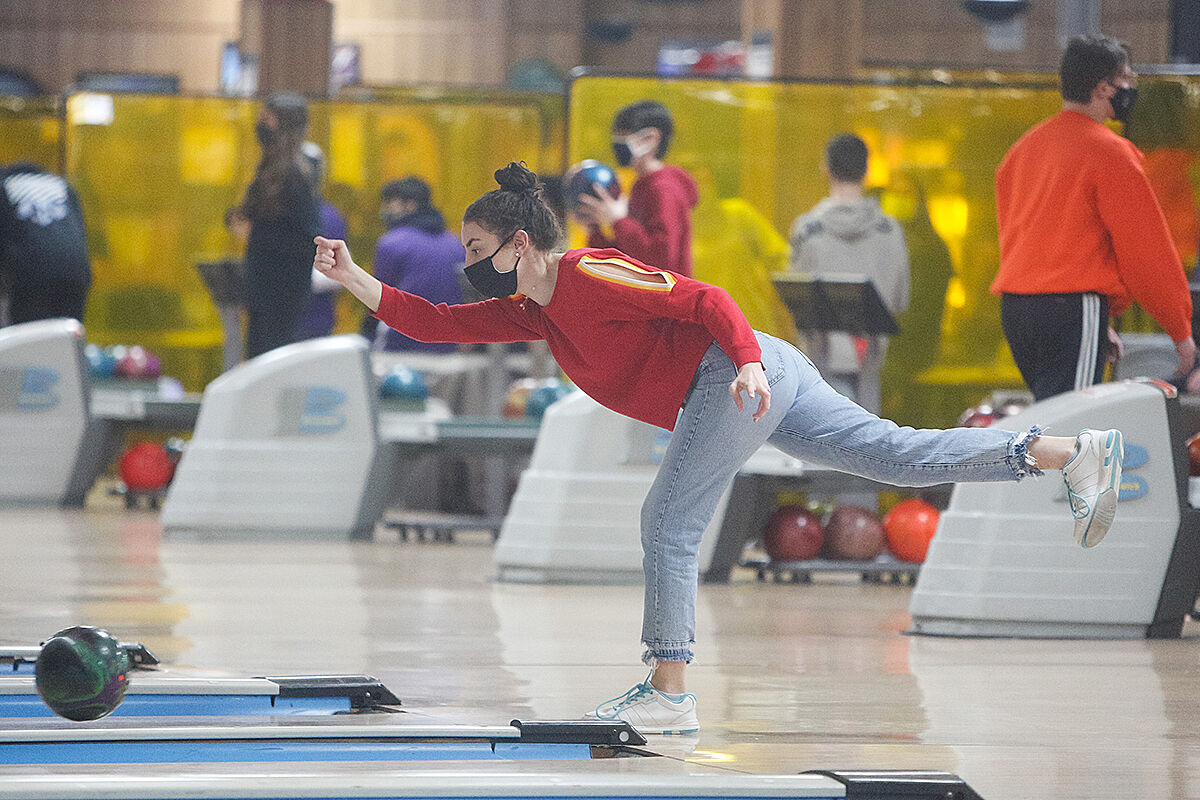 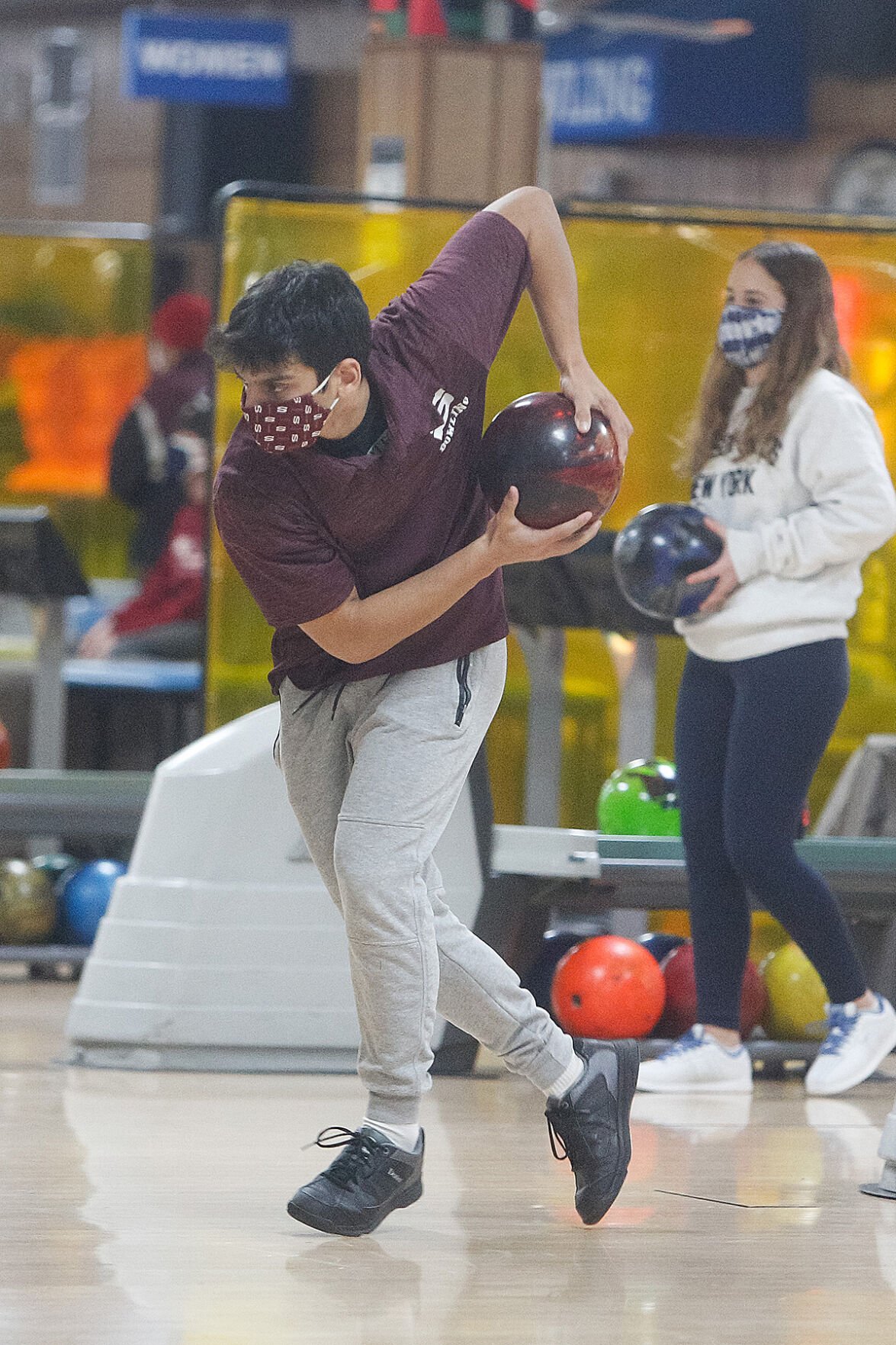 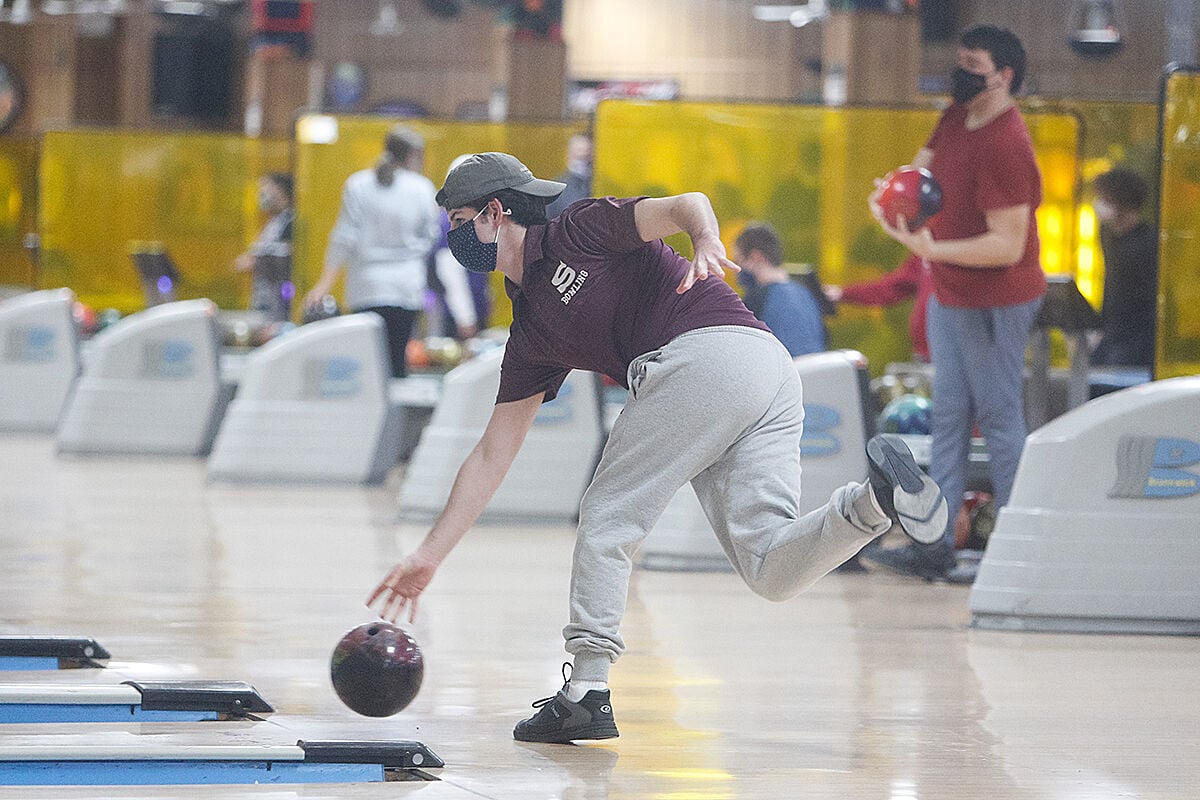 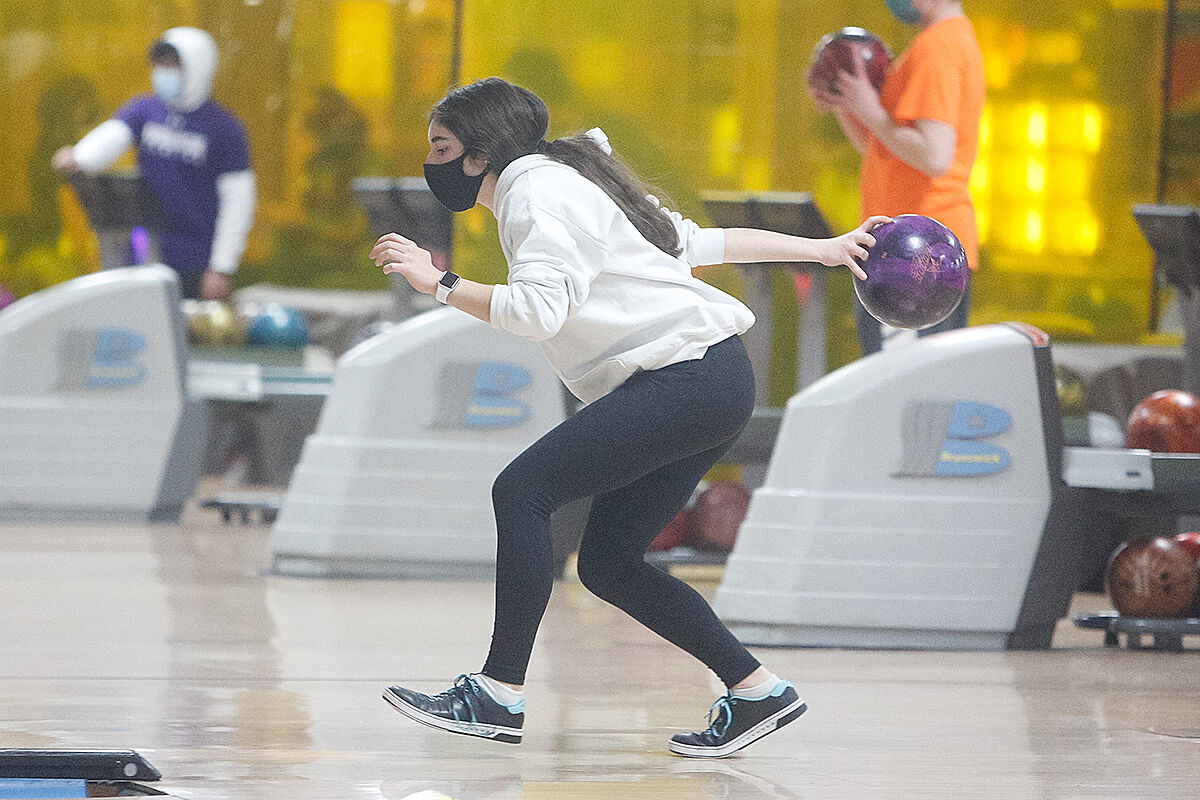 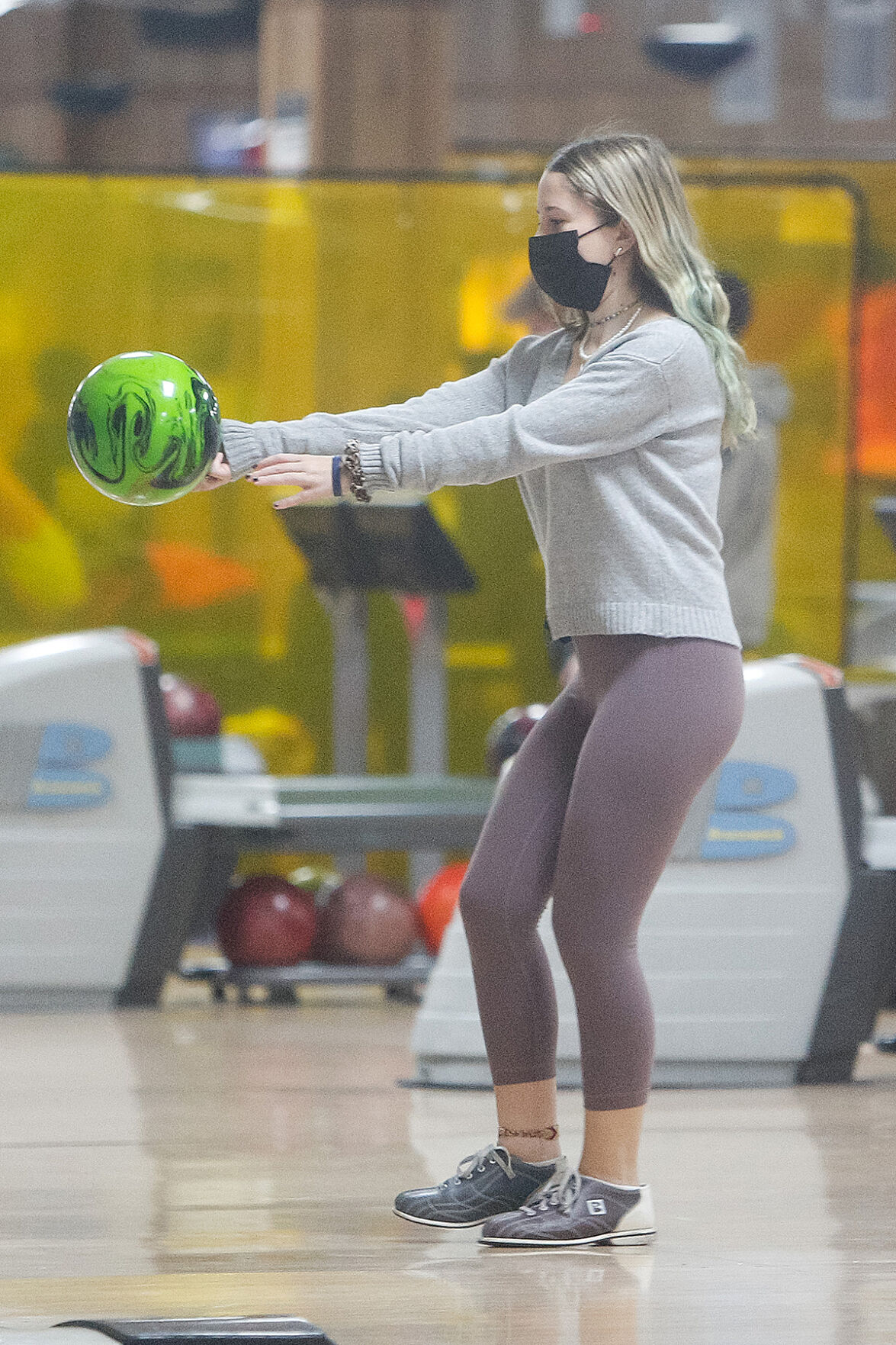 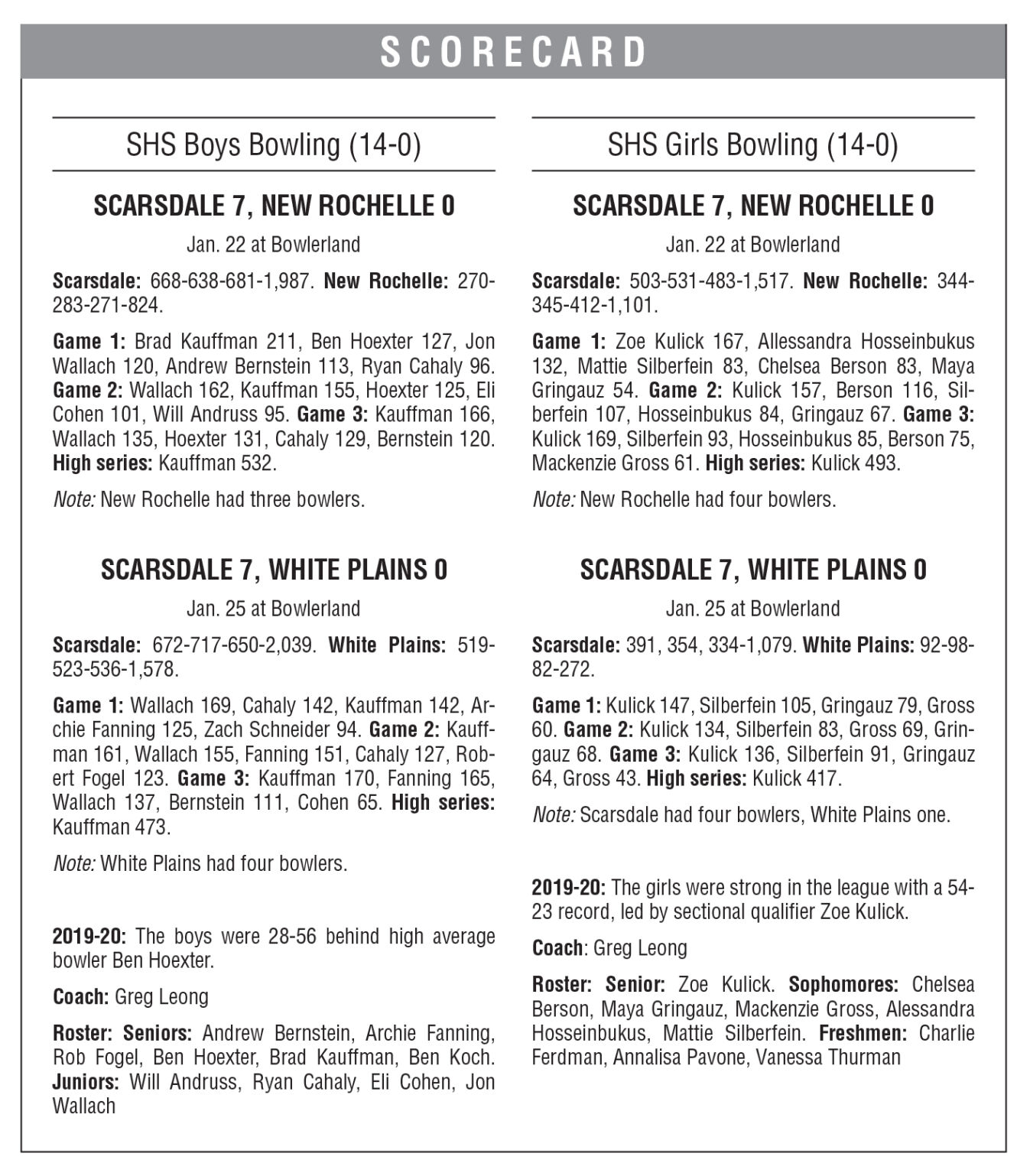 XXXXX. Through five frames, Scarsdale senior Brad Kauffman was bowling the game of his life to start out the season at Bowlerland on Friday, Jan. 22. On the sixth frame he picked up a spare on the five-pin, but couldn’t mark the next two frames.

Still, Kauffman rolled a 211 en route to a 532 series and a Scarsdale victory over New Rochelle, which was bowling a few lanes away as bowling, like every other sport, looks a bit different due to COVID-19 restrictions.

There were partitions between seating areas and ball return machines, each team had its own four-lane area, with every other lane blocked off, and the boys bowled in one lane together, the girls in their own lane together.

Other than that, it was business as usual for the masked bowlers.

“It felt good to get out there with the other cohort and we just like to play,” Kauffman said. “We came to play and it was a good feeling in that first game. I could have finished a bit better, but I can’t really complain. It was a great score to take into the next one.”

The senior fourth-year varsity bowler changed his grip from a traditional one-handed delivery to using two hands last winter and although he struggled at first during the transition, he became more comfortable and consistent as the season went on and his scores went back up.

“I did it because I liked the feel of it — it felt more fun and it got more spin,” he said. “It also looks cooler when it hits the pocket perfectly, so it gets a good reaction from the crowd, which is fun.”

Kauffman doesn’t put his thumb in the ball, instead using his front hand to guide the ball.

“The more reps per second I can get the more it’s going to hook into the pocket, getting me that perfect strike ball,” he said. “I started going more on the opposite side of the alley because I wanted to get it more inside, but beside that it’s been a real good time getting used to the two-hand strike.”

“The majority are returning players, so I am glad we’re able to get the season underway for them,” coach Greg Leong said. “They did have a season last year unlike boys tennis, but hopefully we’ll be able to give them some kind of bowling experience to wrap up their senior year.”

With six seniors and four juniors, the team will have to do some major recruiting for next year.

“I’m really hoping that we can continue the amount of members that we’ve had on this team,” Kauffman said. “A lot of the team this year happens to be in my grade, so I’m hoping to keep the same volume we’ve had because the more people the better. We’ve enjoyed that a lot. I’m going to miss the kids and I hope the best for them next year.”

Conversely, the girls team has one upperclassman in senior Zoe Kulick, so numbers-wise is better set for the future, though losing by far their top bowler will be tough to swallow. As it turned out for preseason, Kulick was in her own cohort, while the freshmen and sophomores were in the other. She didn’t get together with them for the first time until the opening match.

“I think just having something is really awesome,” Kulick said. “A few of the girls are from last year, so it’s really fun. It’s the first day where it really feels more like it did last year because all of the teams are here. There’s just more activity than there was at practice, which felt very quiet and different. But it’s still definitely fun getting to see everyone again. There are new people, so people want to be on the team.”

Kulick opened the season with a 167 and nearly broke 500 for the day with a 493. It was a good start as she looks to beat last year’s team high average, which was in the 140s.

“Senior year second semester I should have more time on the weekends to go and practice,” Kulick said. “I think our goal is to try to have fun this year. Things aren’t going very well outside of bowling, so coming here is a fun little relief for that. We can be together and have fun. I’m looking forward to practicing with the other girls going forward and getting to know them.”

Kulick wants to spend as much time with the eight other girls on the team to set them up for success in the future.

“It definitely feels like we’re trying to pass on this legacy because I’m the only senior on the girls team, but we have a lot of seniors on the boys team,” she said. “We’ve tried to make it a more popular sport by recruiting people and it has definitely worked. It’s definitely sad to go, but we’re hoping to get the other kids on the team to be as excited as we are to keep it going.”

Scarsdale expects to bowl five league matches since the alley is limited to how many teams it can have at any given time. It’s not a long season by any means, which is why Leong hopes a postseason plan gets put in place.

“For the younger kids I’m glad we have bowling,” Leong said. “Since bowling is not really part of the culture this at least keeps them a little bit in it. For the older kids I’m glad they are getting a season in. Brad and Ben have been on the team four years and their skill level is high now, like Zoe, and they’re very competitive. I’m glad they are getting to compete and if they can get some postseason for closure that would be great.”