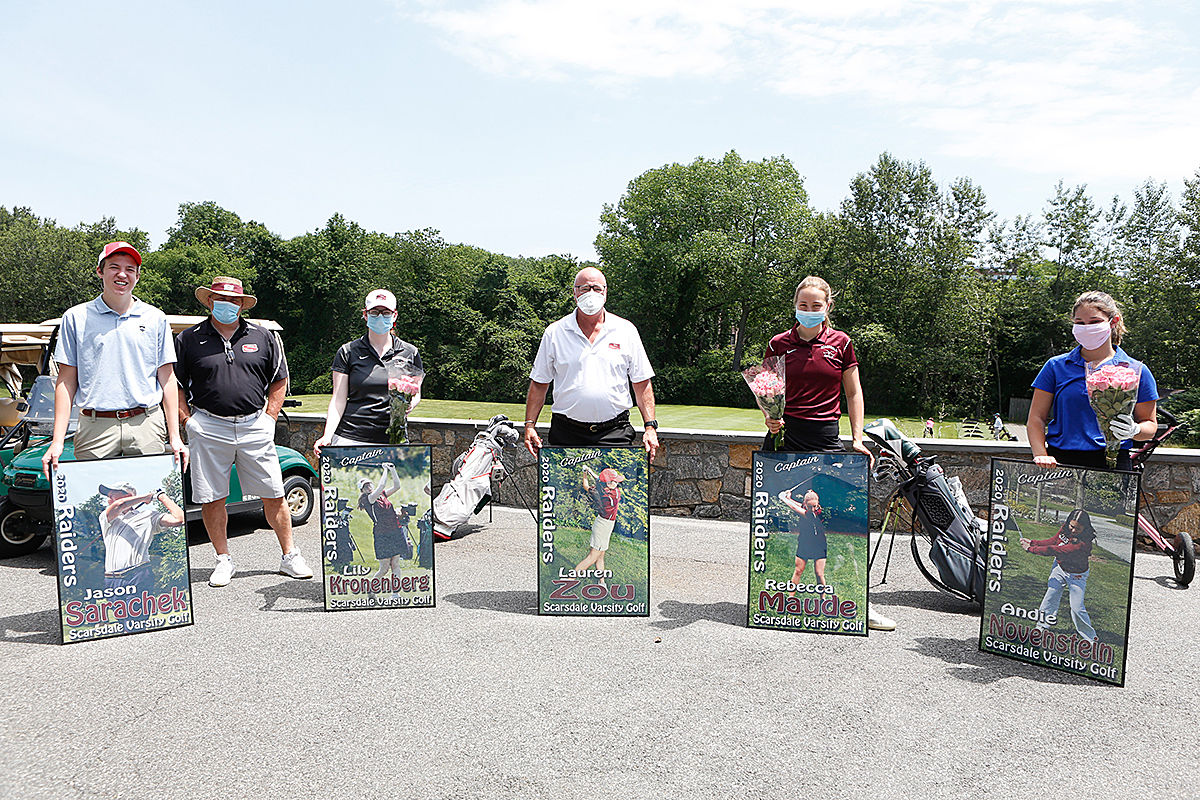 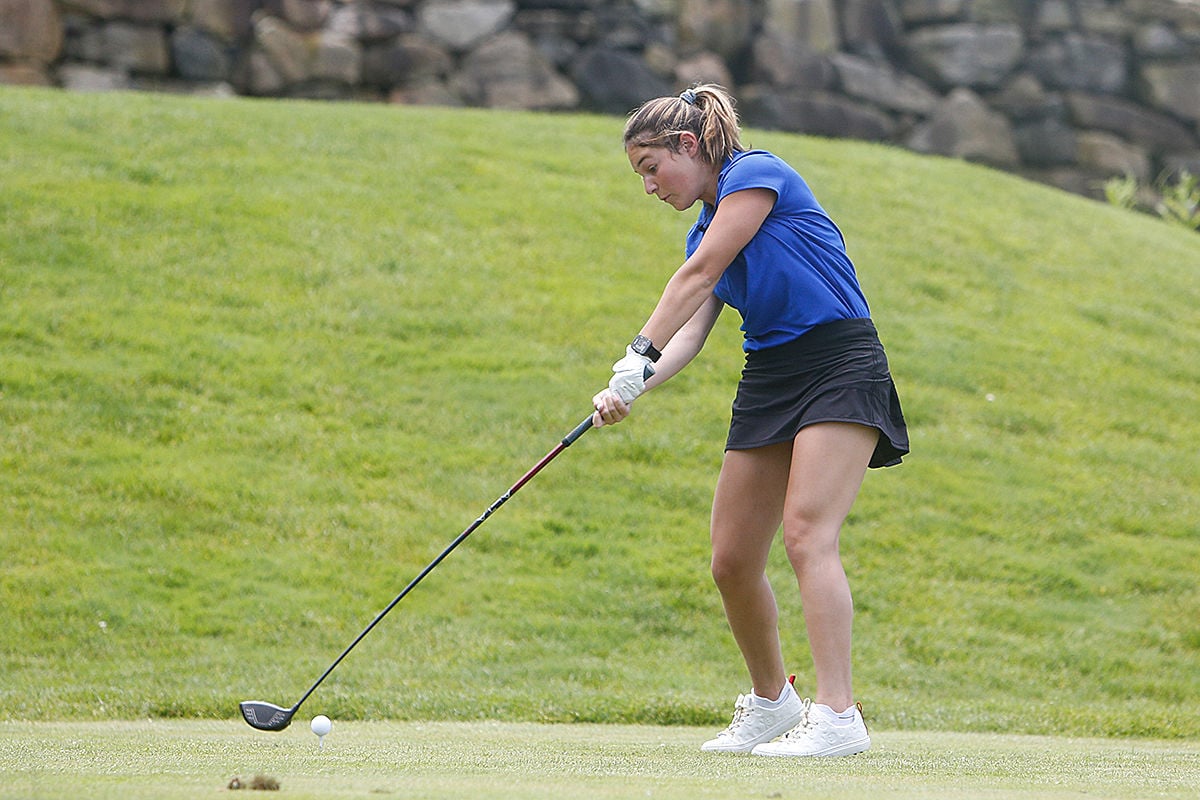 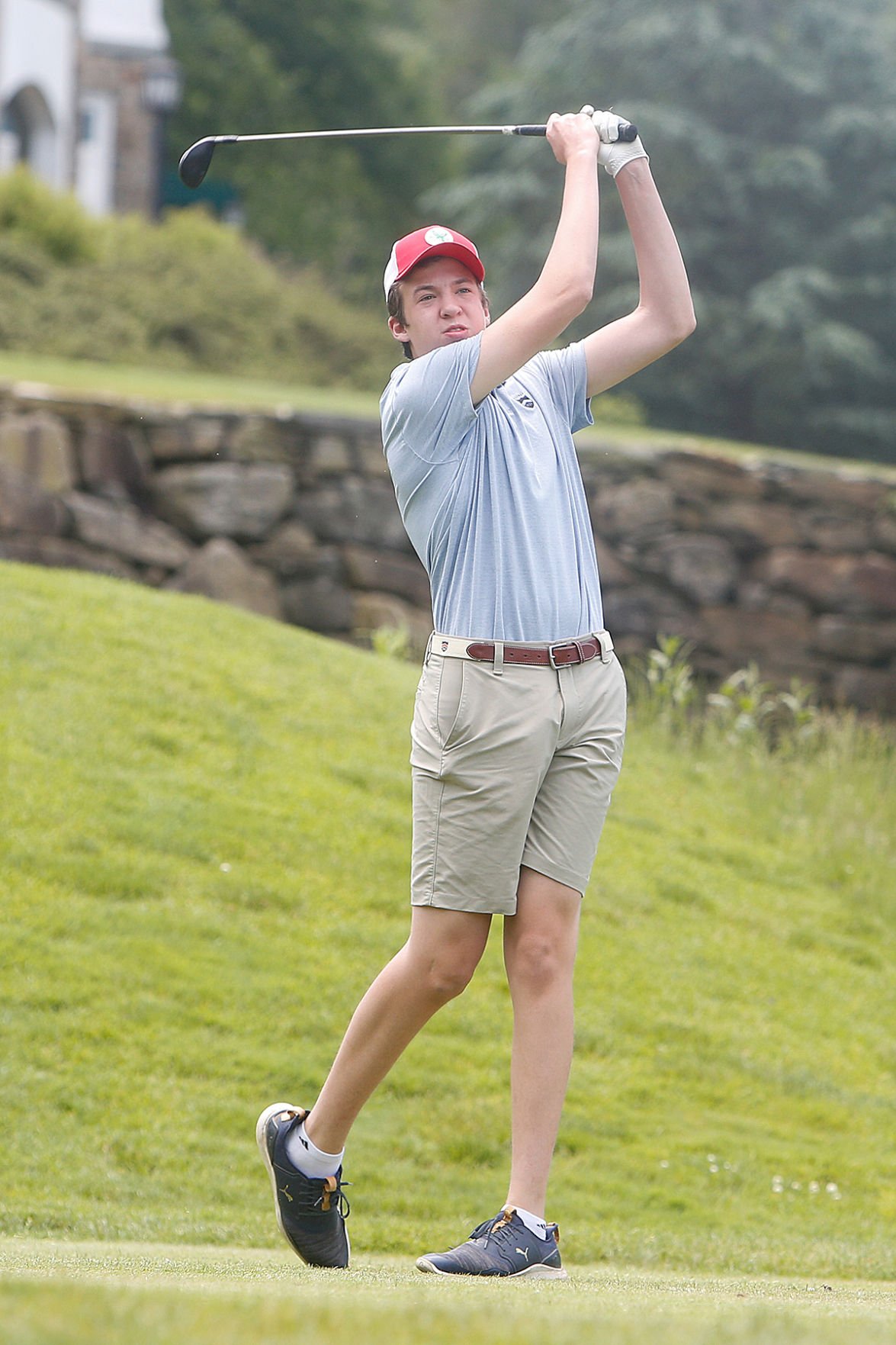 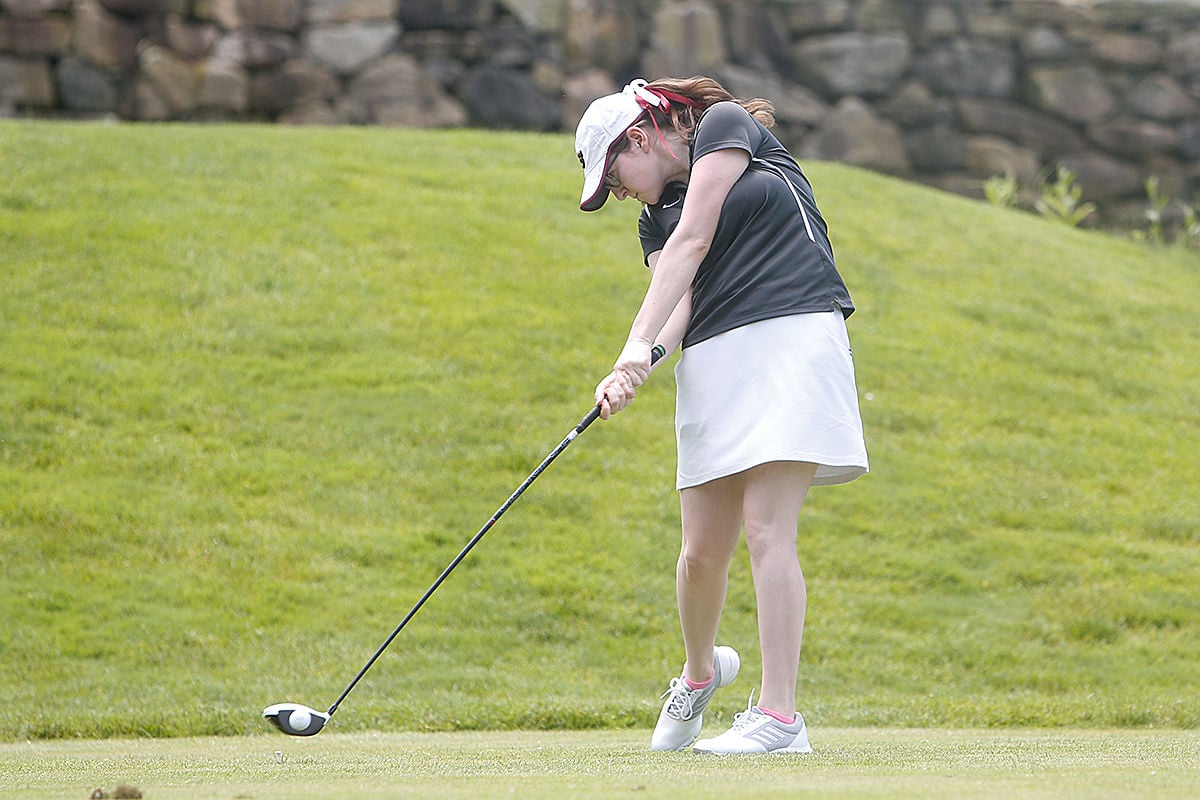 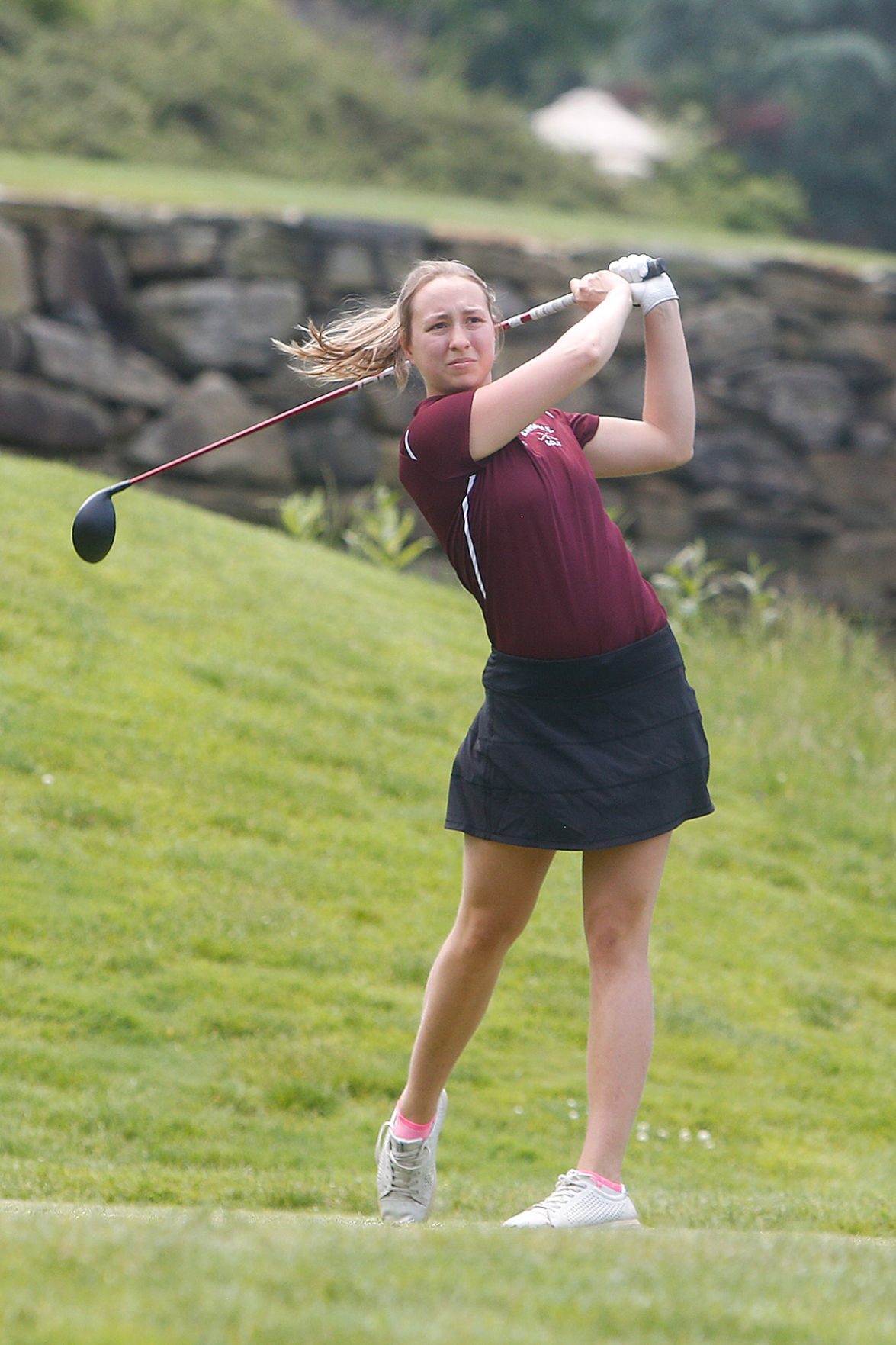 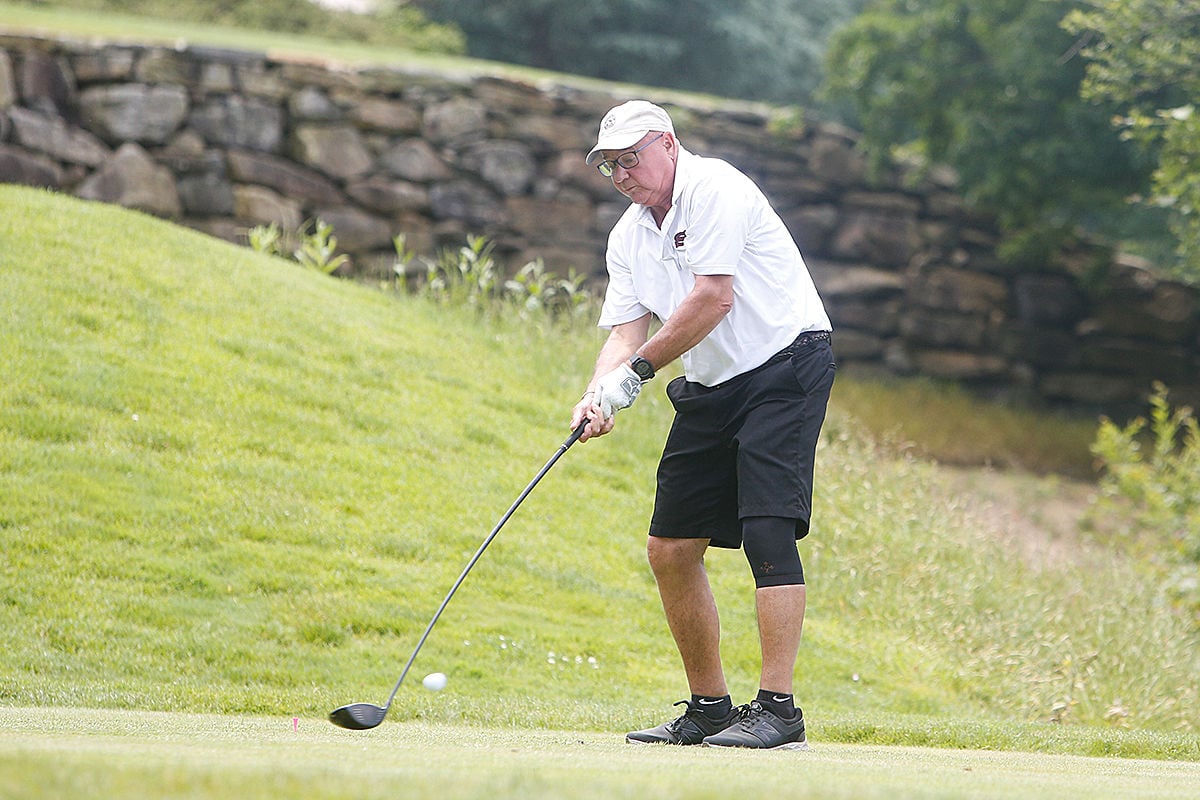 The spring of 2019 was a record-setting season for Scarsdale High School golf — both for the long-dominant boys and the newly crowned girls — and coaches Andy Verboys and Barney Foltman expected that to continue in 2020.

But this spring will forever be remembered as the sports season that never happened as the COVID-19 pandemic kept pushing off the start of the season and eventually terminated it. With golf on the approved small group activity list in New York State, the Scarsdale coaches were able to give their seniors a bit of normalcy on Tuesday, by inviting them to play a round of golf.

“I’ve been playing golf while socially distancing and it is one of the few sports you can actually participate in and still maintain all the safety protocols necessary during the pandemic,” Foltman said. “For them to get out and at least play as a team one last time I felt could give some type of closure to what was the forgotten season.”

Lily Kronenberg, Rebecca Maude and Andie Novenstein represented the girls, while Jason Sarachek was there for the boys. Lauren Zou and Jay Allen were unable to attend.

The coaches and seniors gathered at Scarsdale Golf Club for the celebration.

“This club has been awesome,” Verboys said. “Scarsdale Golf Club has always been there for the kids and they have a lot of restrictions, too, so trying to find a spot for this was huge. I’m glad the girls get to play, Jason gets to play and I get to see him play a little bit.”

Prior to the round, Verboys presented each of the seniors with a personalized commemorative poster, while Foltman handed each of the girls a bouquet of roses, which all of the masked recipients appreciated.

“We are really lucky we can be here together,” Maude said. “It’s a great opportunity. Golf is a great sport and I’ve been able to play almost every single day because we can keep distance from other people. It’s a perfect sport for this time.”

The girls had graduated two-time Section 1 champ Kaitlyn Lee, but were returning a mostly intact starting lineup. Last spring Scarsdale was 15-0, undefeated for the first time, and won the Section 1 and New York State team championships — the state by 17 strokes — for the first time in program history, which goes back to 2007. They were three-time league champs and would have been going for their fourth in a row.

“It was a disappointment because we had really great aspirations for the season,” Foltman said. “We felt like we could repeat everything that we accomplished last year. Our personnel I felt was strong enough even though we lost Kaitlyn that what we had returning could pick up the slack. However, it didn’t come to fruition. It was a disappointment, but I don’t want to say it was devastating because what happened during this pandemic is devastating.”

Not being able to spend two months as a team with their coach was worse than not receiving any sort of accolades the Raiders might have garnered.

“I love Coach Foltman,” Maude said. “It’s really sad that we couldn’t get to spend this last year with him. He’s been a great role model and he’s been just amazing and supportive and just a really great person by my side through these years.”

The boys’ monster run had two major potential achievements ahead this spring. The boys were going for the fourth straight Section 1 team title — there is no boys’ team event at the state level — and Allen was vying to become a four-time All-State golfer (his three are already a school record). Last spring the Raiders were 24-0 and in the Section 1 finals set a school record with a 181. While the team was hit hard by graduation, including All-State Andy Fan, they were returning an All-State trio led by Allen.

“Jay was really upset,” Verboys said. “He moved up here from Texas, he was a huge part of our success and he was really more about winning the fourth Section 1 title in a row,” Verboys said. “Our past teams had never gotten the four in a row, so it was big to try and do that.

“He’s got his sights set on Penn State and like a lot of the seniors have done he’s not harping on it. Instead he’s like, ‘What can we do?’ He’s continued to train and practice and he’s ready to go play in college.”

Sarachek is a very different story. He played golf a handful of times prior to trying out freshman year and after not making the team he worked hard in the offseason and made the team as a sophomore and junior. Senior year he was poised to contribute.

“He’s been banging on the door trying to get into the lineup and I would have relied on him a lot this year,” Verboys said. “It’s a shame and he’s worked so hard on his game. He’s really filled out and matured. It’s tough to not get that senior year and not have that opportunity after not making it as a freshman and then making it and never cracking the lineup. A lot of people are going through the same thing.”

Making the team as a sophomore was memorable for Sarachek.

“It was really rewarding because freshman year I was not great at all and I wasn’t even close to making it,” he said. “Then sophomore year I had an excellent tryout, so I was very proud of myself.”

Sarachek attended offseason golf camps and improved his game, which is what makes missing out on his final chance disappointing.

“My scores were finally getting really low and I was going to make the jump from alternate to starter, but there’s nothing you can do about it,” he said. “There’s obviously more serious issues out there right now. You’ve just got to move on.”