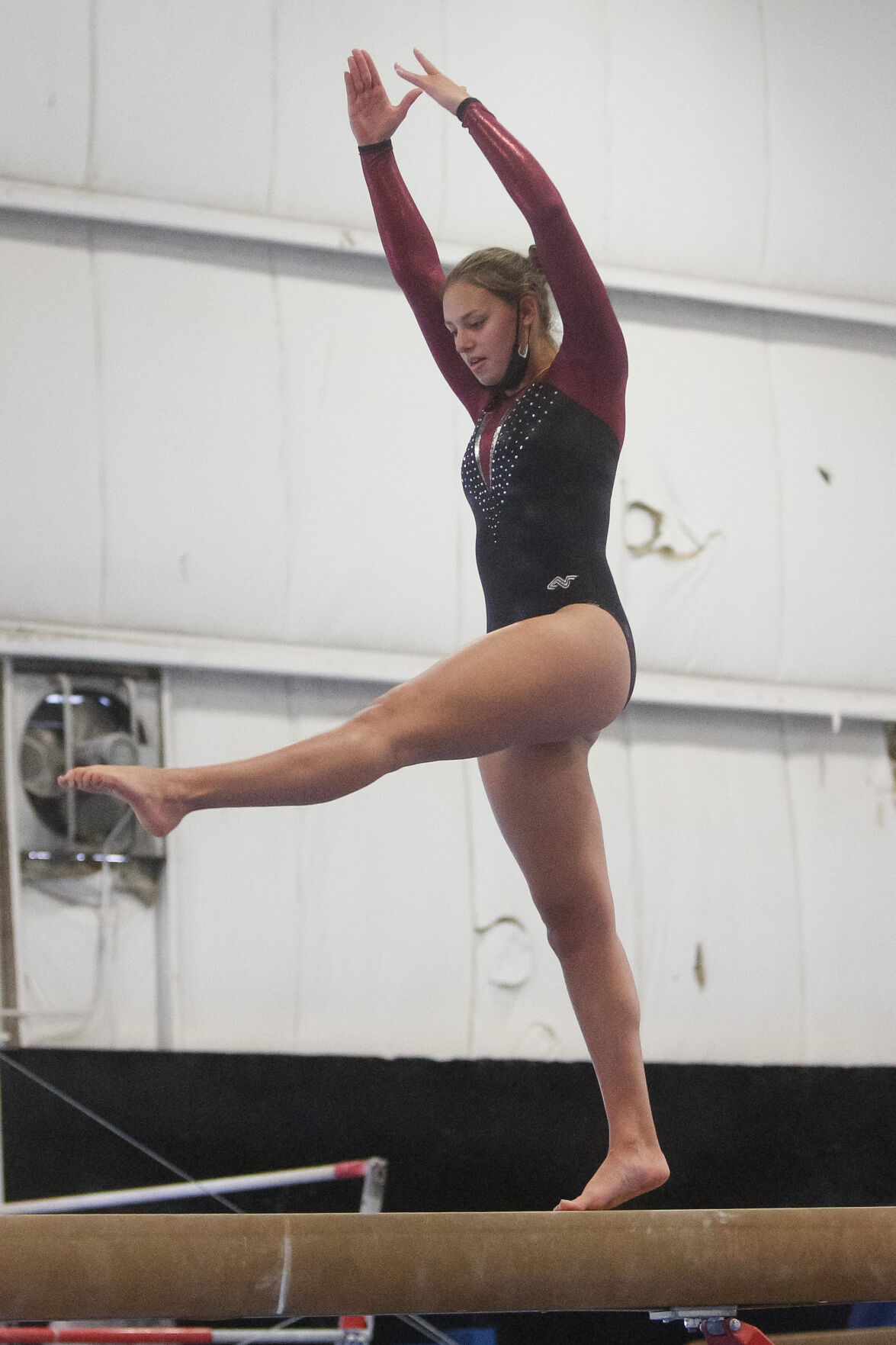 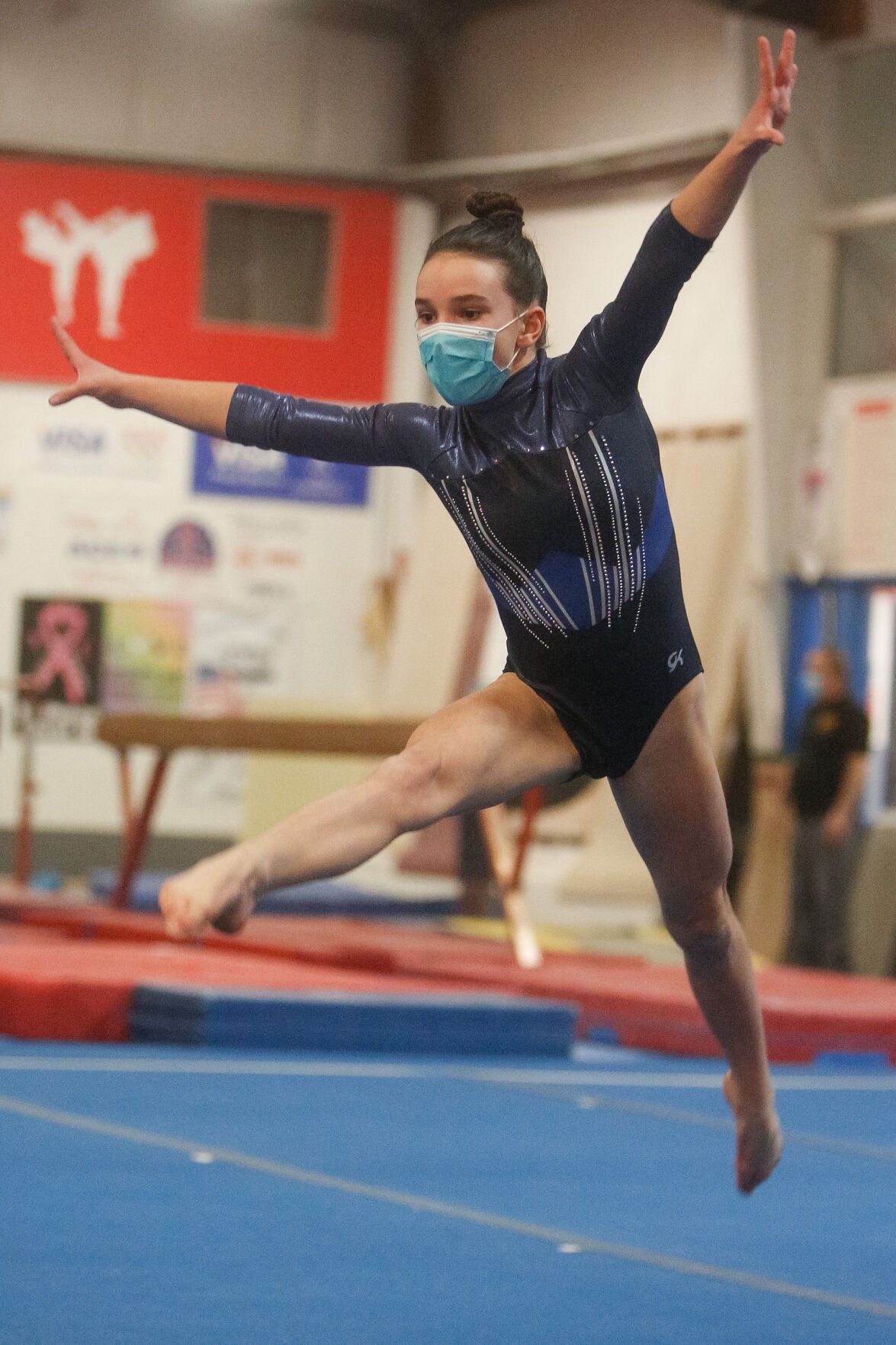 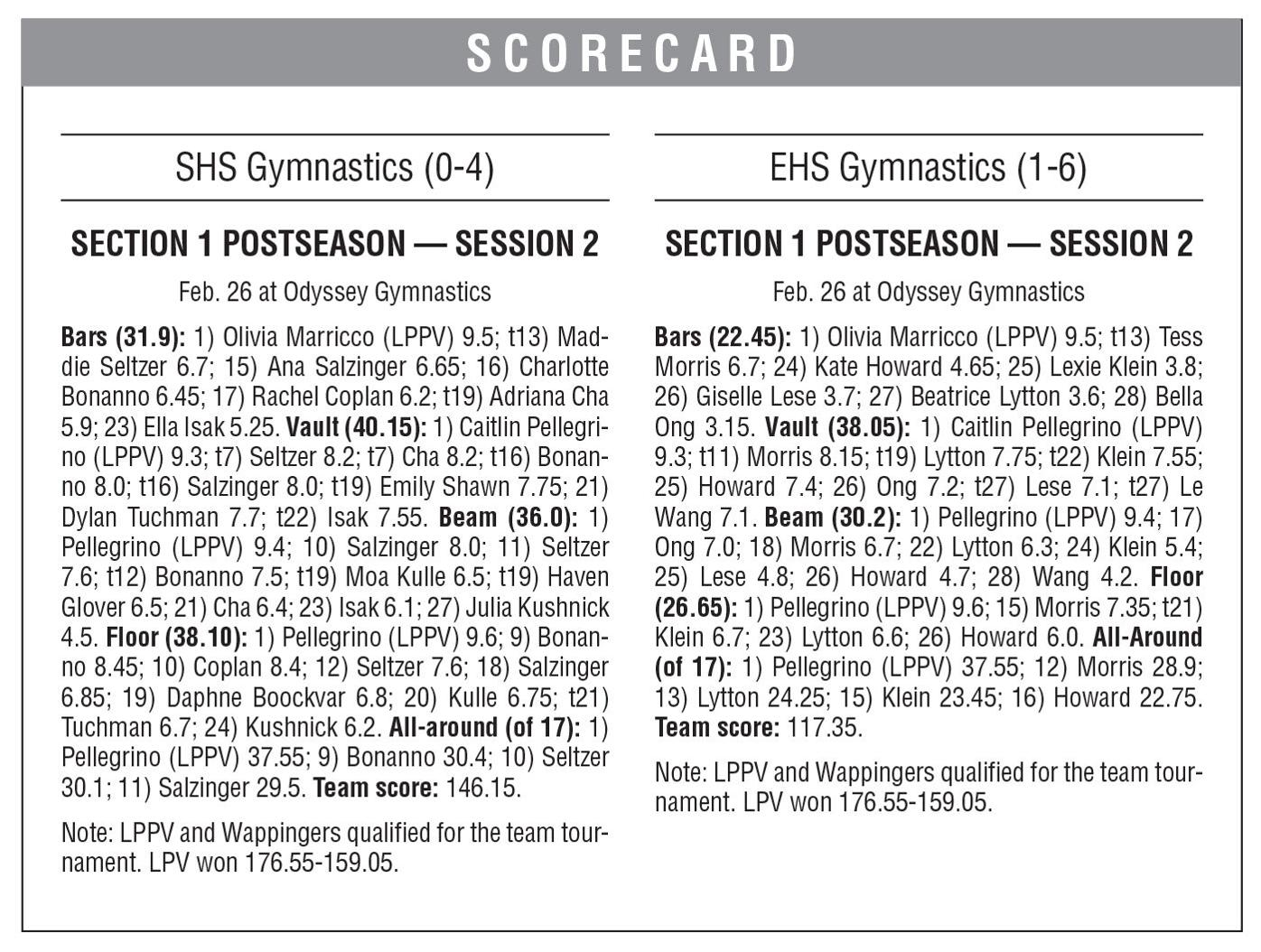 When Maddie Seltzer was a Scarsdale High School freshman, she realized that if she didn’t join the gymnastics team there would be a piece of her life missing. Coming off the first of several stellar seasons as a diver, she surprised even her family by joining the team and it’s something she never regretted.

And so, competing in her final gymnastics postseason meet this winter was extremely emotional for Seltzer as a senior, who has been competing since she was 6 years old.

“Thinking about how this would be my last-ever competition was a lot to block out while competing,” she said. “Gymnastics has brought me countless lessons and memories that I will take with me throughout my life. During the meet, I made sure to take in every moment and just enjoy competing one last time. I left everything I had in that gym and I could not be more grateful for an amazing gymnastics career.”

Coach Jennifer Roane could tell Seltzer was feeling the pressure and emotion of the grand finale at Odyssey Gymnastics on Feb. 26, but as an all-around Seltzer stepped up her game and scored 30.1 at the Section 1 postseason meet, which was broken up into two sessions.

“Maddie got on the beam for her first event and she looked white as a ghost,” Roane said. “I went over to her — and I know it’s COVID, but I still had to get kind of close — and I said, ‘You just have to enjoy this. Relax, take a deep breath and enjoy this because it’s going to be over before you know it.’ When you’re nervous and emotional like that safety is an issue because you’re not on your game. She was like, ‘Yeah, I know,’ and toward the end of the meet the seniors were all smiling and taking pictures.”

This was a special senior class of five with captain Charlotte Bonanno, Ella Isak and captains Dylan Tuchman, Julia Kushnick and Seltzer. They helped elevate the program from the 120s to the 150s the last two years, with a school record 152.25 last winter. This year they were consistently high 140s after a 129 in their first meet. In postseason they scored 146.15.

“During my freshman year, many of the gymnasts were happier about a gym exemption than sticking a landing,” Seltzer said. “I was glad to play a role in changing that attitude and working to recruit current and past gymnasts who wanted to compete their skills in a more competitive, but still fun environment. Being a part of such a strong senior class has made the past four years so memorable. All five of us push each other to be the best we can be.”

The girls also set the tone for the younger gymnasts, including the promising new freshmen who joined the team this winter.

“The younger girls on the team are absolutely amazing,” Seltzer said. “Many of them are still club gymnasts and have an amazing work ethic. With the positive attitude and fun environment that we have created I have no doubt that the younger girls are ready to step up to the challenge next year, under the strong leadership of Claire [Scarcella] and Ali [Schwartz].”

The Raiders had two other all-arounds for postseason, senior Bonanno, who was ninth overall in the session, one place ahead of Seltzer with a 30.4, and junior Ana Salzinger, who was next at 29.5 out of 17 competitors. Typically an all-around, Isak competed only on bars and beam. For the second time in three years, junior captain Claire Scarcella was unable to attend postseason.

Roane will very much miss her talented senior class and the example they set on and off the mats, but she is also excited for the returning members of the team.

“Rachel Coplan got an 8.4 on her floor routine,” Roane said. “She knocked it out of the park. It was the best she’s ever done. Right after that Charlotte got the highest score in our group, an 8.45, and she’s a senior, and here was Rachel as a freshman in only her second time competing in a high school meet and she got 8.4. And Haven [Glover], my other freshman, did really amazing on the beam. She added a double turn or a one and a half — she did very well with a 6.5.”

Somers, Mahopac, Ossining, Brewster and Clarkstown competed in the first session, Lakeland/Panas, Wappingers, Edgemont and Scarsdale in the second. The Raiders had only competed against Wappingers this season, so Roane said, “It was nice to have two new teams to see in there.”

It was a nice way to end a season much different than the past two when Scarsdale was consistently pushing to break the schools records it was setting in the 140s and 150s.

“The nice thing was I was allowed to bring my whole team,” Roane said. “Before that some of the girls had only competed in one meet. This was nice to bring all of them as long as I didn’t abuse the exhibition slots. I was allowed to have up to two on each event, so more girls were able to participate.”

In Edgemont’s return to competitive gymnastics last year, no one qualified for postseason. This year with teams permitted to bring the whole team, plus some exhibitions, it was a chance for the young squad to get a taste of a big meets after having five official meets and two mock meets.

“The thing I’m most proud about is I had girls who were convinced they were never going to compete on bars and I said, ‘Ladies, there’s a million reasons to not compete, so why don’t we compete it and I’ll spot you,’ knowing that eventually they would get there by themselves,” coach Kathryn Martell said. “By the last meet they all did their routines completely on their own and did not ask for a spot and did not need me at all. They turned the impossible into the regular.”

That applied to seventh grader Bella Ong and eighth graders Giselle Lese and Alina Baimatova, while senior Kate Howards added a front handspring off the beam and a kip on bars, in addition to the flyaway bars dismount she mastered earlier in the season.

“I was so excited I was jumping up and down and celebrating,” Martell said of her athletes’ successes. “Their eyes were so wide.”

Getting the girls to not need a spotter is a big thing for Edgemont, but the coaches have shown patience as they want the girls to be more comfortable on each apparatus.

“When Kate did her vault she had a lot more confidence because Ziggy [Scipio] was there, but he pulled away when he saw she didn’t need him,” Martell said. “She was so excited. She was really happy to have this team this year and she was sad that she has to leave when the team is finally packed with people.”

For Morris to be scoring this high as a seventh grader is a great sign for the future. “I started gymnastics really young and just for fun and always loved the bars in the playground,” she said. “I started competing when I was in third grade with the JCC team.”

As a club gymnast, Morris knows the ins and outs of the sport, but Martell is looking to get her to better understand how competing for high school is much different.

“What I would like for her is to allow herself a little more room to make mistakes and try new things,” Martell said. “I suggested she add her baby giant, but it wasn’t as perfect as she wanted. I said, ‘Who cares? Nobody is going to states this year. The scores aren’t that important. Just try it.’ She comes from an atmosphere where if it isn’t perfect it’s not going out there. I would just like to have her add things in and know she has the freedom to do that.

“Tess is getting the higher scores because she knows how to play within the bounds and I want her to not worry about getting a perfect score. It doesn’t have to be perfect.”

This is also the first time Lytton is being given carte blanche to be creative. “Slowly but surely she added things to her routine with flips and walkovers and it looks amazing, so I’m not going to say no, but the first comment she got from the judges was once you have too many acro moves you start getting deductions,” Martell said. “You have stuff in there you don’t need. Beatrice wants to try this trick and this move and eventually they realize they need to rein it in and get a higher score. Once you get past a certain number of C moves, B moves and A moves then it’s stuff you don’t need, so you will get deductions.”

Baimatova wasn’t able to compete at postseason after rolling her ankle, but her future is also bright. “She had done gymnastics when she was a lot younger with me and Ziggy,” Martell said. “They moved away and then moved back and she took it up again. She’s starting from almost nothing and she’s competing 3 out of 4 events. She grew so much in such a short time.”

This year with a bigger team it was more of a consistent learning experience for the Panthers.

“There are lots of great gymnasts out there and I have to keep working hard to catch up with them,” Morris said. “I also felt really good about our team and that we could compete in the meet together.”

Though there was no Edgemont Rec after-school program this winter for the elementary school kids, the varsity team got in a solid month of workouts at GymCats before finally competing, so even though it was a short season a lot was accomplished.

“I read once in a coaching manual that if a kid is scared to do a trick it’s because they’re not strong enough,” Martell said. “When you have a two-month season you don’t necessarily get the muscles you need to do everything confidently until the very end of the season. And then do you have the confidence to perform it? You can do it, but can you perform it? With a longer season I can get them out there and work with them to develop confidence, compete it and know it’s possible.

“I have such a young team, mostly seventh and eighth graders and I know they’re going to grow, but they need a little help getting over that first bit of a hurdle. And that happened this year where they didn’t need us anymore in a short period of time.”