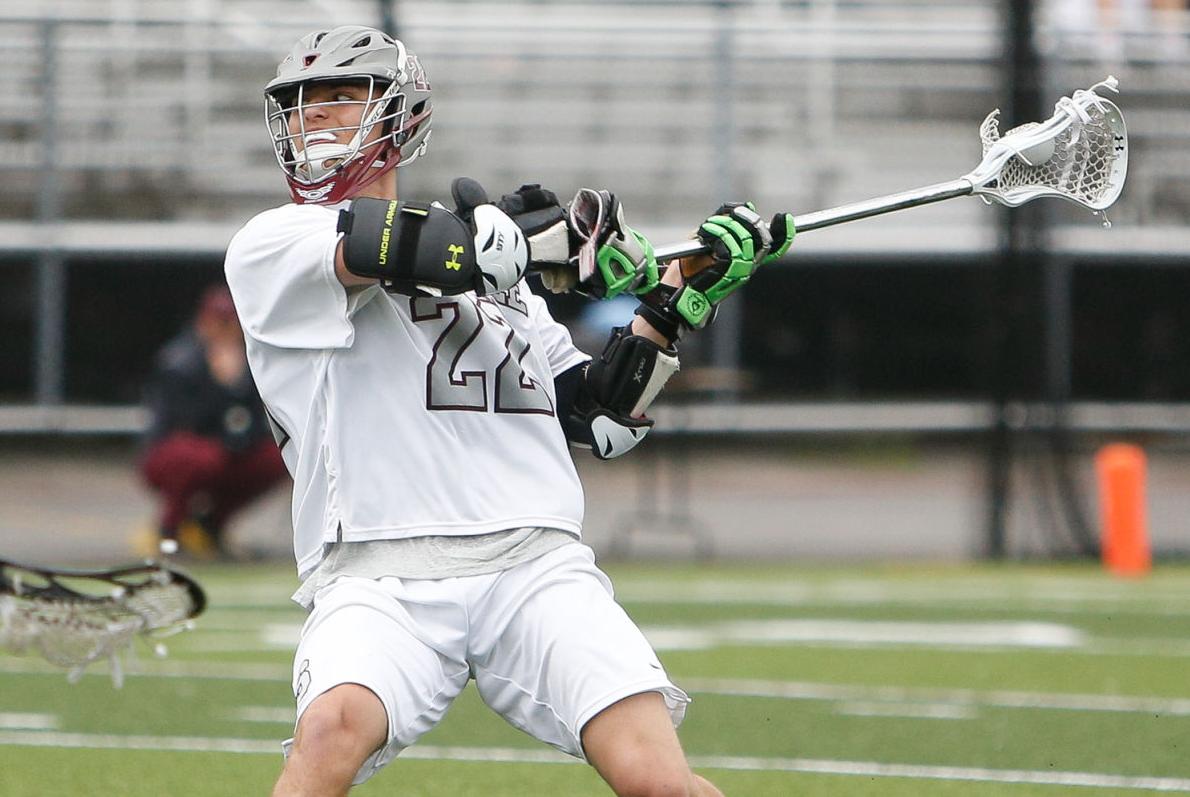 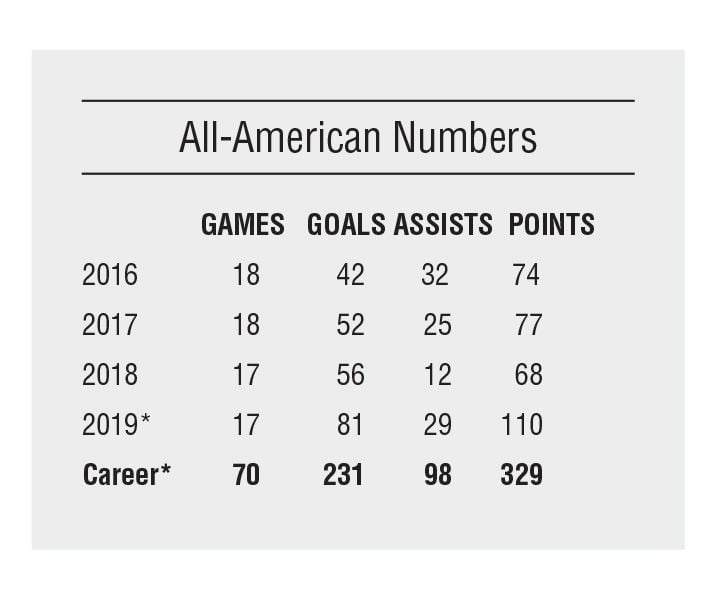 After a phone call and several text messages, Synowiez reached the school’s all-time leading scorer, Andrew Bernstein, with the good news. Bernstein was 1 of 9 Section 1 players selected as an All-American.

“I called him back and a few of my buddies were around because we thought that might be it,” Bernstein said. “He told me and I just froze… It was a surreal moment.”

Bernstein admitted that while prom was a memorable event, All-American was better.

“It’s something you dream about as a kid,” Bernstein said. “When they talk about any professional or college athlete you always hear high school All-American or college All-American. You don’t really grasp it because you’re in the position where you’re fighting as a team to win the section. It’s an individual accolade I always dreamed of, so it felt unreal.”

Bernstein became the first Scarsdale boys lax player to win the award since Ken Kubie in 1971, according to Synowiez.

“Our goal this year was for him to be an All-American,” Synowiez said. “He agreed and said he was going to work to make that happen. For someone to set that goal and to know they’re not playing at the next level is such a great accomplishment. He took the necessary steps and was such a great leader. It means the world to him, to his family, to us coaches and to the program. Four years ago our program wasn’t on the map like it is currently and that has a lot to do with No. 22.”

Bernstein was originally committed to Yale, but will attend Northwestern, where he will play club lacrosse.

Averaging 73 points per season his first three years on the team, Bernstein exceeded 100 with 81 goals and 29 assists for the 13-4 Raiders. He broke the school points (329) and goals (231) records previously held by Alec Hufnagel, class of 2001, who still holds the assists record at 101.

“I definitely had a mentality throughout the season that lacrosse isn’t lasting forever and that this was my last season, especially in a Scarsdale uniform, so I was going to absolutely go all out,” Bernstein said.

It wasn’t just that Bernstein racked up points this season — he did them in a meaningful way against tough competition.

Bernstein not only earned the respect of his coaches and teammates — he was the team’s lone captain this spring — but opposing coaches didn’t have much of an answer for him.

“I’ve spoken to other coaches about him and they had problems covering him because they’ve seen what he can do when the game is on the line,” Synowiez said. “They’ve seen him score four or five or nine goals in a game. They understand how difficult it is to cover him.”

Synowiez and assistant coach John Felix saw Bernstein as an eighth-grader and knew they had a player with a stellar work ethic and strong skill headed their way. In the end it was the leadership and team-first commitment that stood out.

Each year the Raiders believed they were capable of winning the section.

“It stings,” Bernstein said. “In that moment all we wanted to do was win the section. Now it stings because I know I’ll never have another practice at Scarsdale, never have another game. It stings in more of a retrospective point of view rather than a goal-oriented type of thing.”

Bernstein expects to come back sooner rather than later to see the Raiders finally win a Section 1 title. Scarsdale hasn’t been to the finals since 1972.

“We came into a program that had won two games a year or two before and we left it with an expectation to win the section,” Bernstein said. “We’ll let the team have their moment [when they win], though we’ll know deep down that we built the start for that foundation. I think we’re always going to be appreciative of each other just as we appreciate those who came before us.”