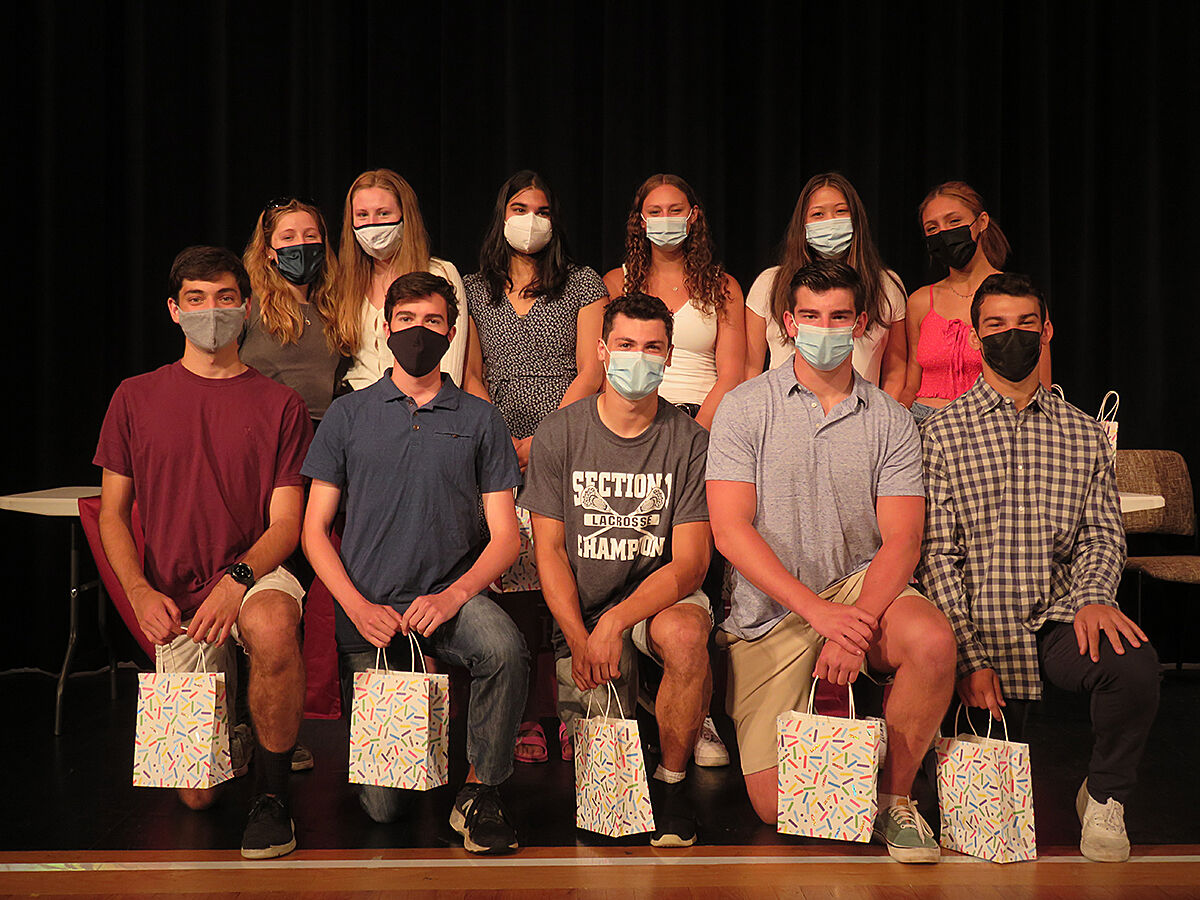 Heading off to play at the next level in college. 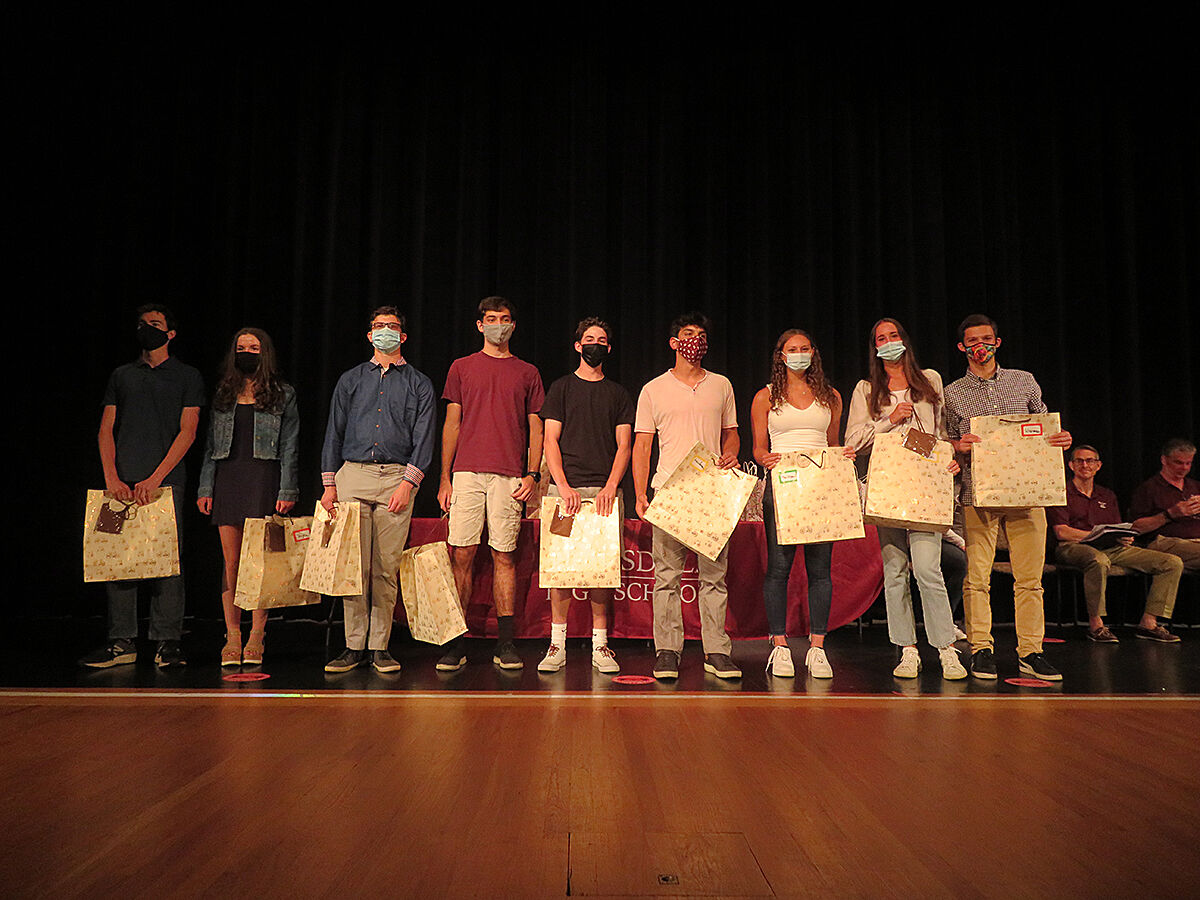 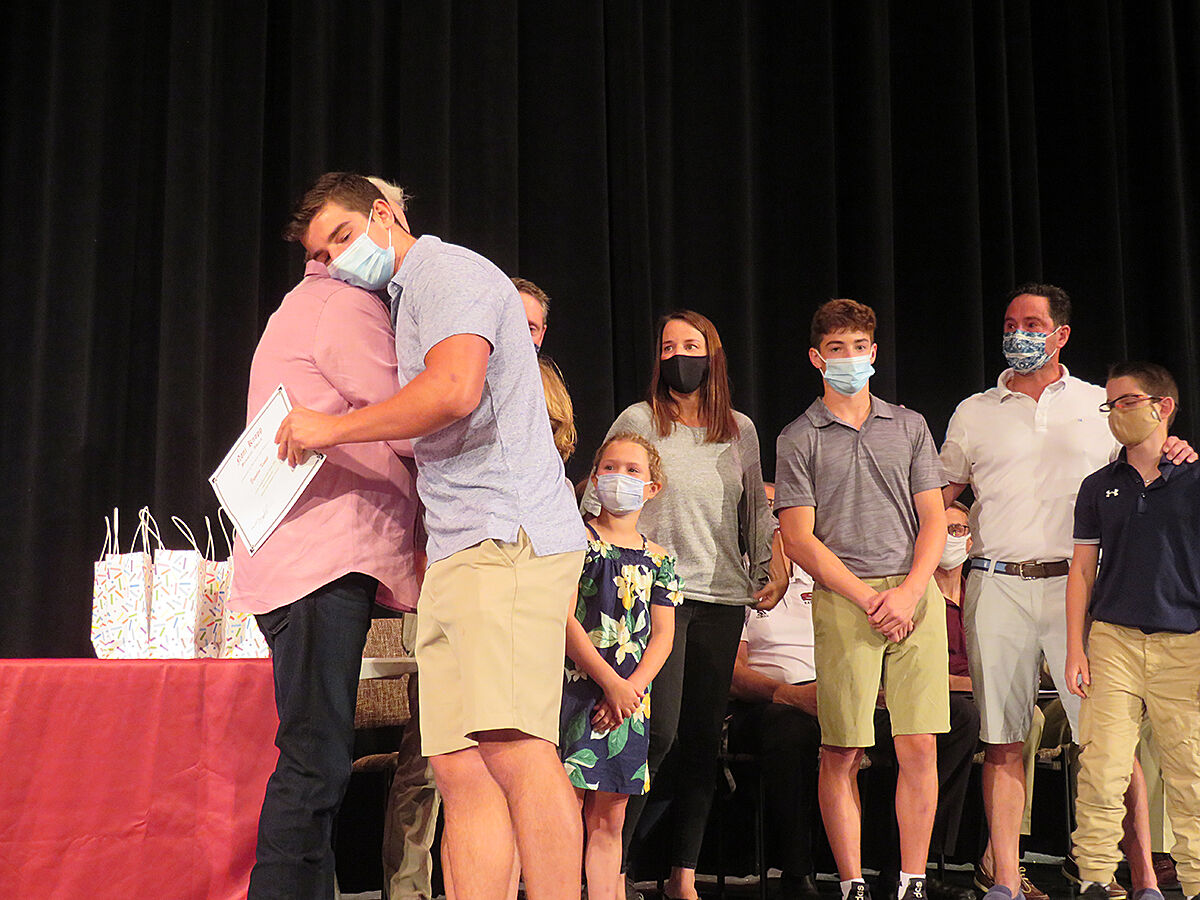 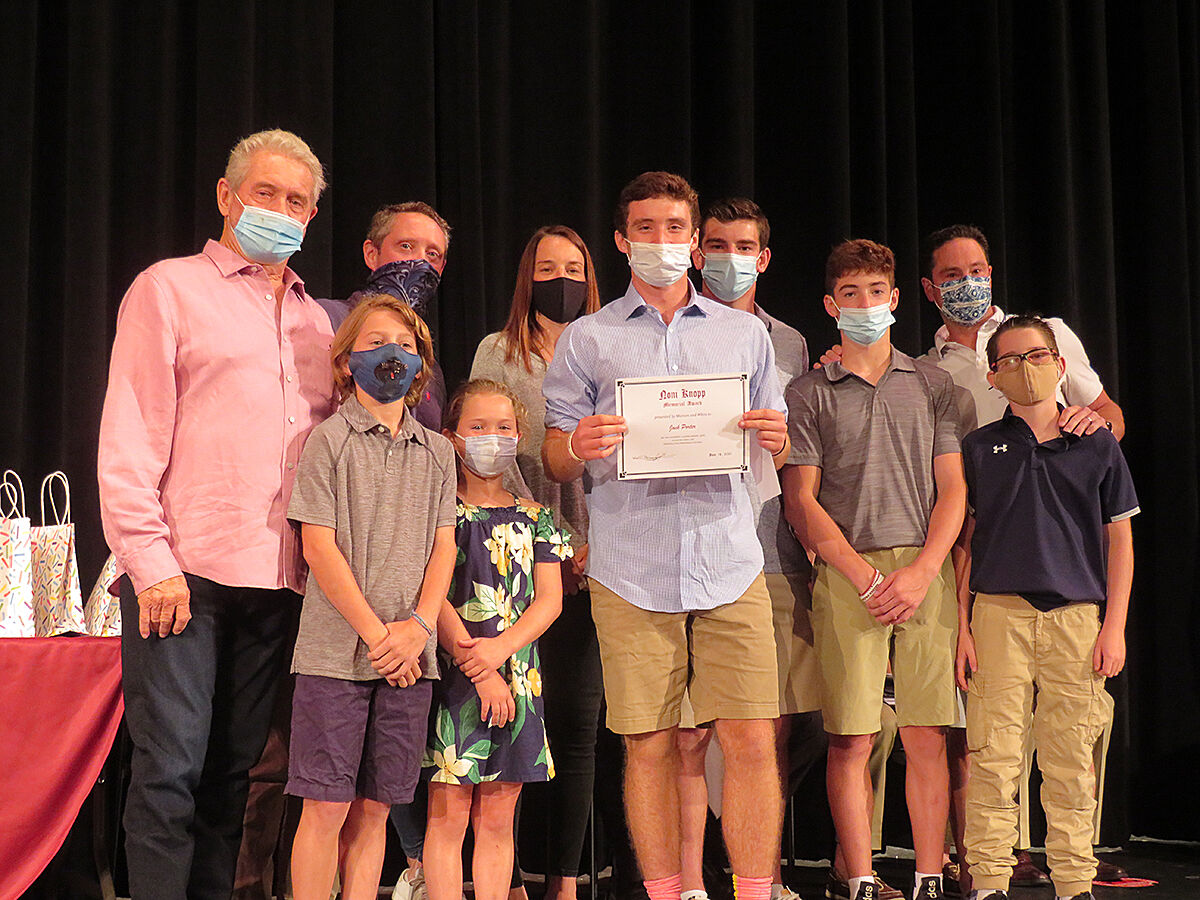 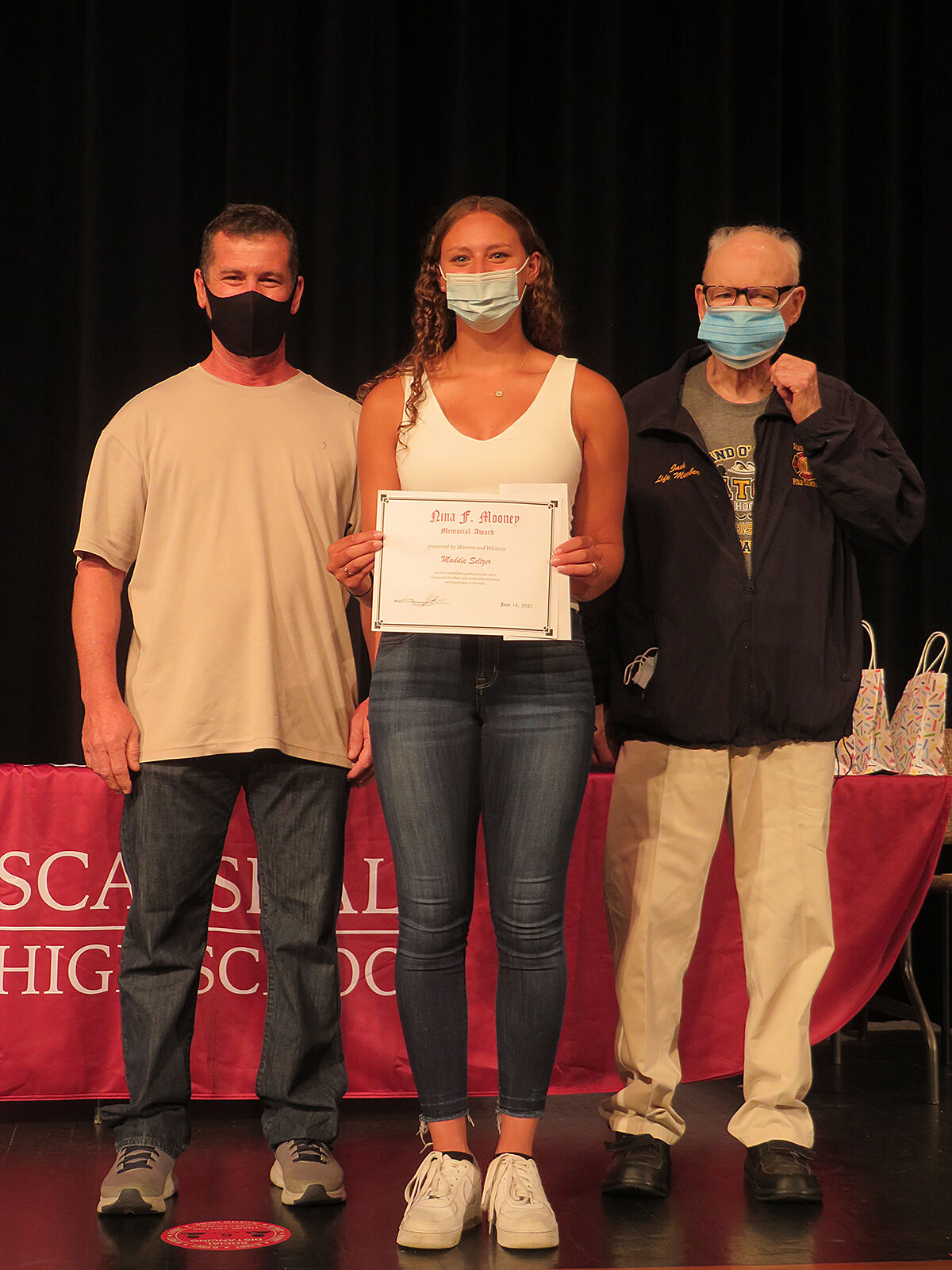 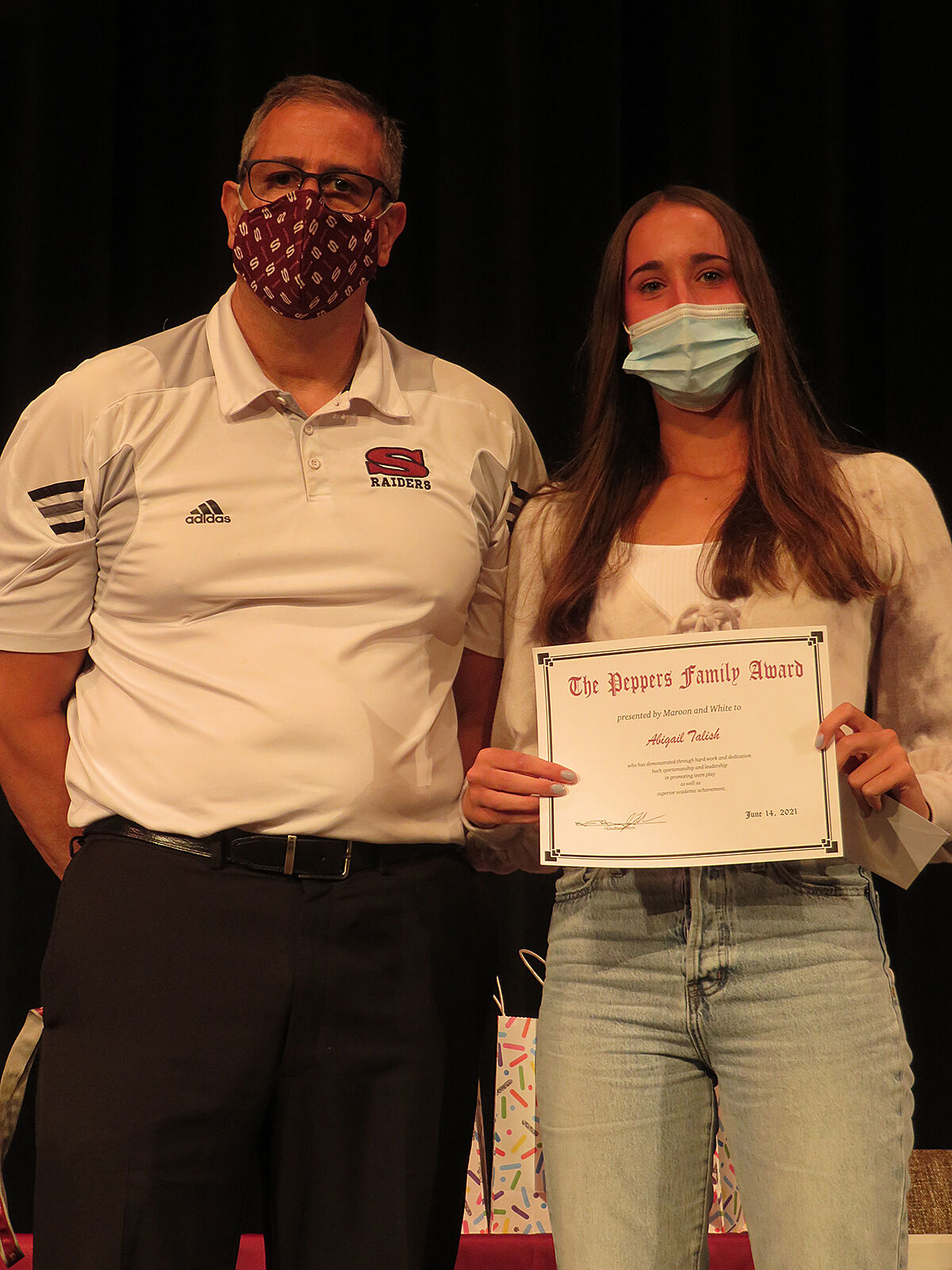 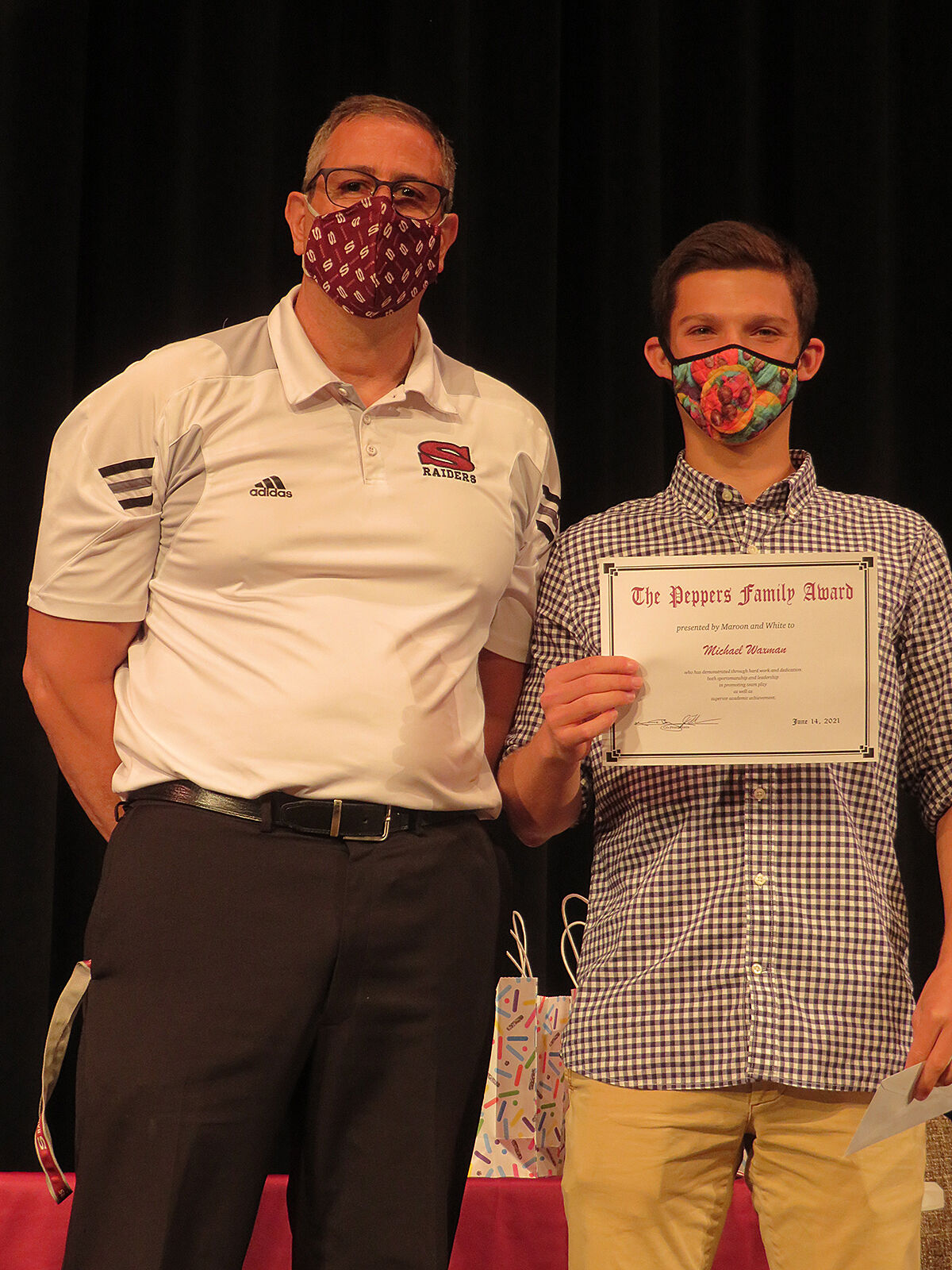 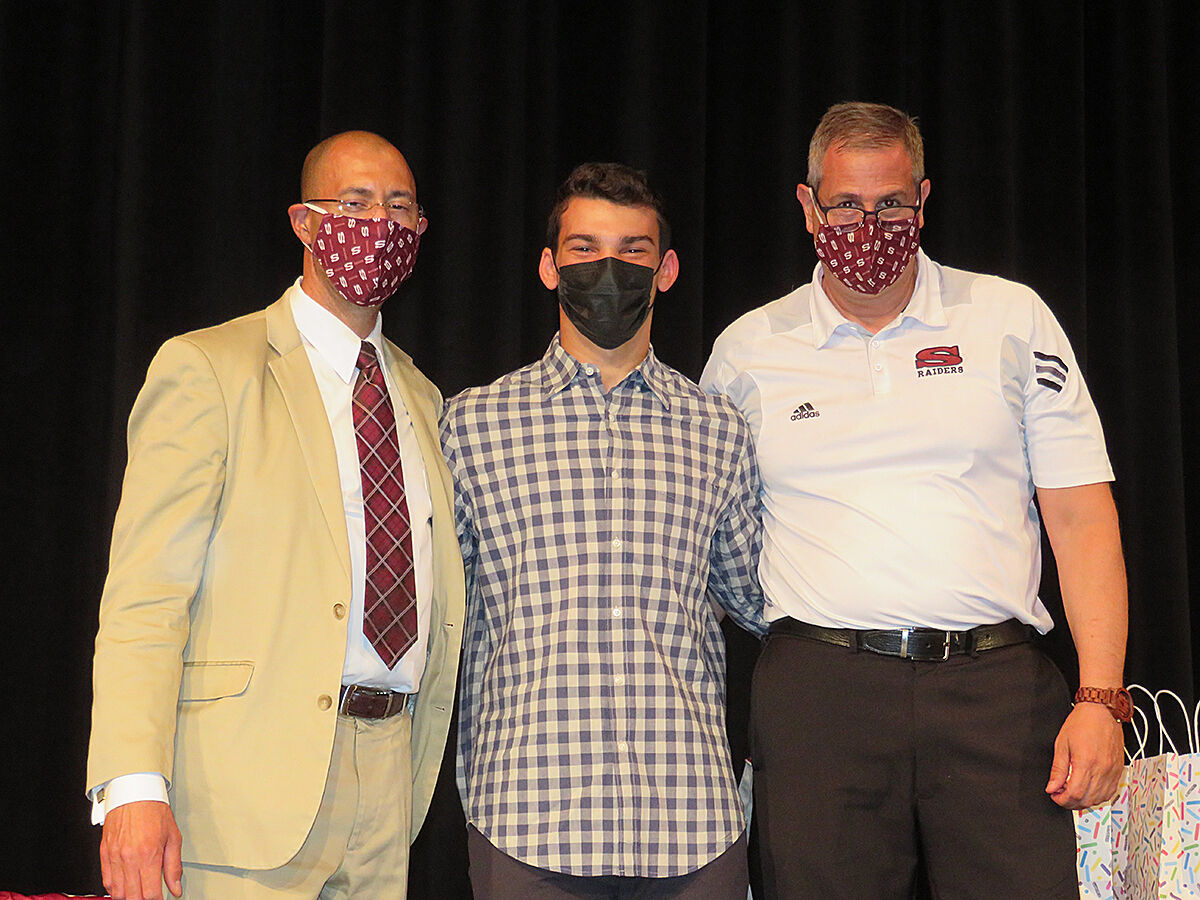 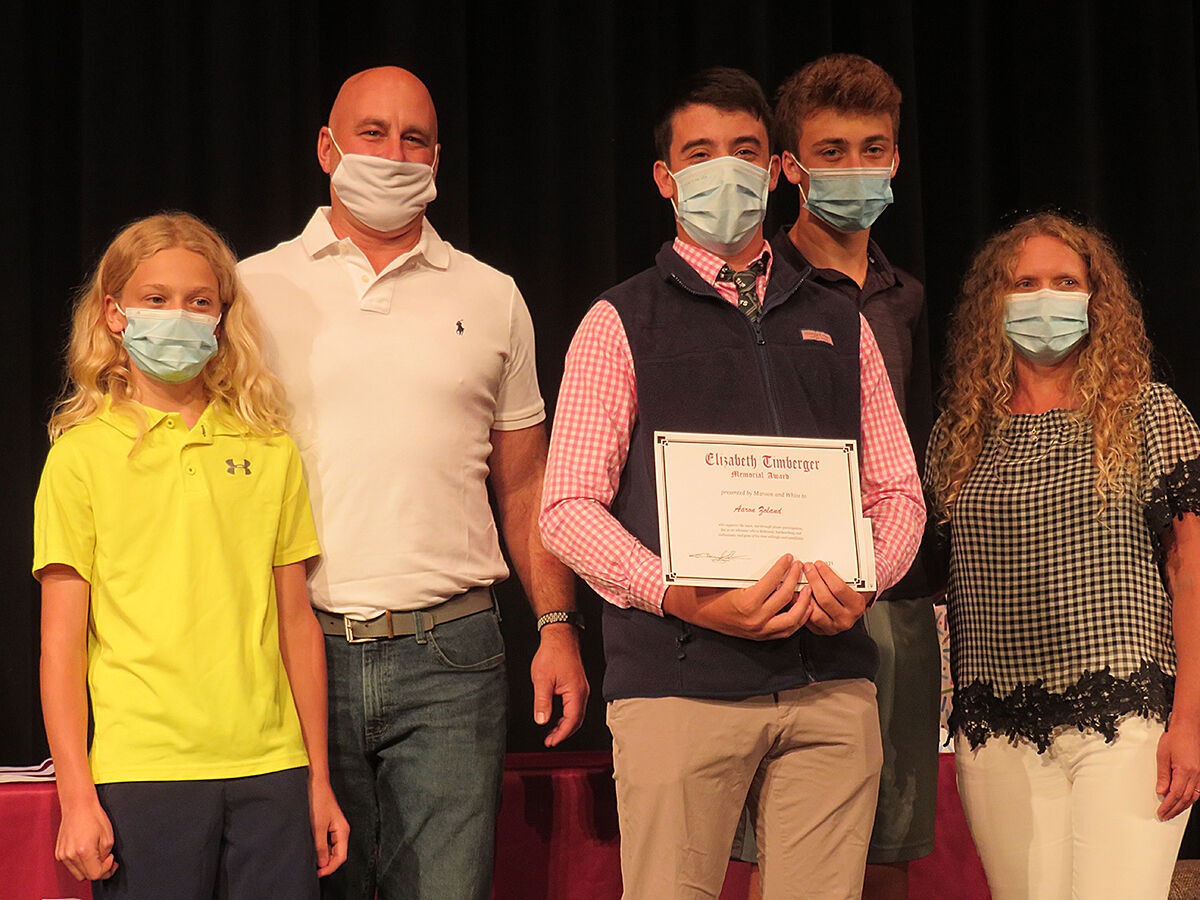 Heading off to play at the next level in college.

This award is in recognition of participation in interscholastic athletics for each of 12 consecutive seasons in a high school career (not counting the lost spring of 2020).

Prior to her untimely death, Nina served on Maroon and White for 10 years as an officer, committee chairperson and member of various committees. In all of these capacities, she always had a friendly smile, and she was cooperative, warm and concerned about others. Nina was an avid sports fan. She had a special place in her heart for female athletes whom she felt did not receive sufficient recognition for their outstanding performances in sports. Nina was committed to her husband, Jack, and their five children, all of whom participated in interscholastic sports at Scarsdale High School. She looked forward to attending their games, where she showed unflagging enthusiasm for the players.

Nina displayed an indomitable spirit and positive attitude until the end of her shortened life. Maroon & White recognizes her special qualities by presenting this award in her honor to a female athlete that best exemplifies dedication, spirit, commitment, enthusiasm, concern for others and a positive work ethic.

Many years ago, Maroon and White established the Noni Knopp Memorial Award to honor Noni, an outstanding member of the Scarsdale community. Noni lived in Scarsdale for almost 20 years and spent much of her time involved with the multiple sports her four sons played. Along with her husband, Al, she cheered their four athletic sons from the sidelines of many interscholastic events, rain or shine. Noni was a constant presence at the boys’ games, where she showed unwavering support for their teams. Throughout her life, Noni possessed a positive attitude and fighting spirit, which was greatly admired by all who were lucky enough to have known her.

Prior to her untimely death, Noni worked as a volunteer for many community organizations and she was especially devoted to Maroon & White, where she served for more than 10 years as vice president, chairperson of the holiday basketball tournament and member of several committees. Maroon & White recognizes Noni’s special qualities by presenting this award to a male athlete who best exemplifies dedication, spirit, commitment, enthusiasm, concern for others and a positive work ethic.

Prior to her untimely death, Elizabeth served on the board of Maroon & White for many years as an officer, committee chairperson and committee member. She was unfailingly friendly, supportive and cooperative. Even though she was not an athlete herself, Elizabeth was an avid fan of all sports. She was an enthusiastic sideline rooter at a wide variety of the athletic contests in which Scarsdale High School young men and women participated. She was committed to her husband, Bob, and their sons, Richard, David and Matthew. All three boys were varsity athletes at the high school and Elizabeth delighted in watching them play.

Maroon & White honors her memory and special qualities by presenting an award to a senior who helps a team or the wider athletic program not as a player, but through some other form of participation, such as a manager, statistician, audio-visual assistant, play-by-play person, mascot or sports writer.

Since coming to Scarsdale in 1983, Sue and Jerry Peppers and their daughters, Amy, Erica, Christina and Michele have been actively involved in the community. Sue was an assistant principal at Scarsdale High School, Jerry has been a coach and a board member of travel soccer, and the four Peppers daughters were true scholar-athletes at Scarsdale High School. Sue and Jerry were leaders of Maroon & White for more than 10 years. Academics, sports and team play are and have always been regarded highly by the family.

The Peppers family has established a leadership and spirit award for one female and one male senior athlete who have distinguished themselves through their dedication and hard work in games and practices, through their unselfish adherence to sportsmanship and team play, and through their active encouragement of all team members, in addition to leadership, spirit and academic achievement. Recipients must achieve at least a 3.25 grade point average.

The award was started in the name of Grant G. Geiger II in 1969 and is presented to a top senior athlete who exemplifies dedication to their sport, competitive spirit, performance on and off the field of play, performance in the classroom (GPA of 3.5 or higher), positive attitude, citizenship and sportsmanship.

Characteristics that the athletic department hopes all interscholastic athletes will develop, Scarsdale Raiders possess the attitude, work ethic, resilience and leadership qualities to change the outcome of a game, culture of their team or quality of a season by their presence. A Scarsdale Raider is a student-athlete that any coach would desire on their team and whose positive contribution to the greater athletic program can be felt through their own athletic contribution as well as the contributions of others whom they have influenced.