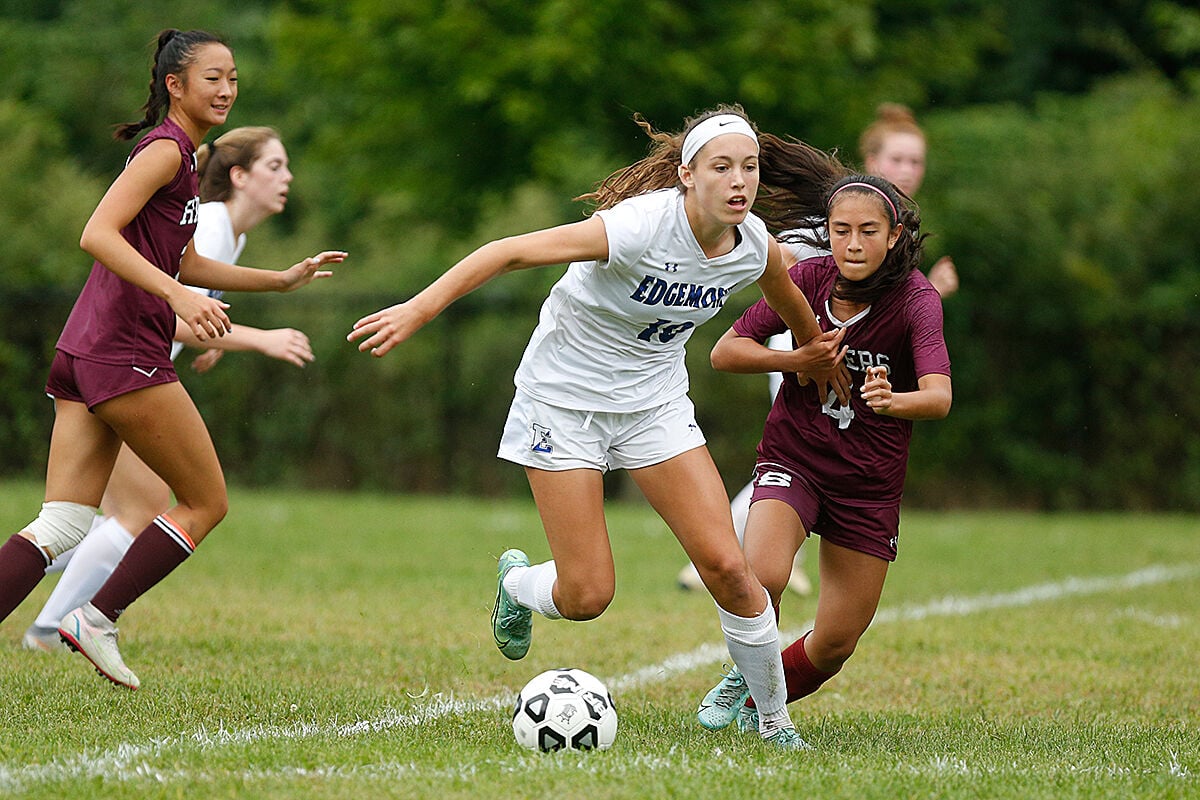 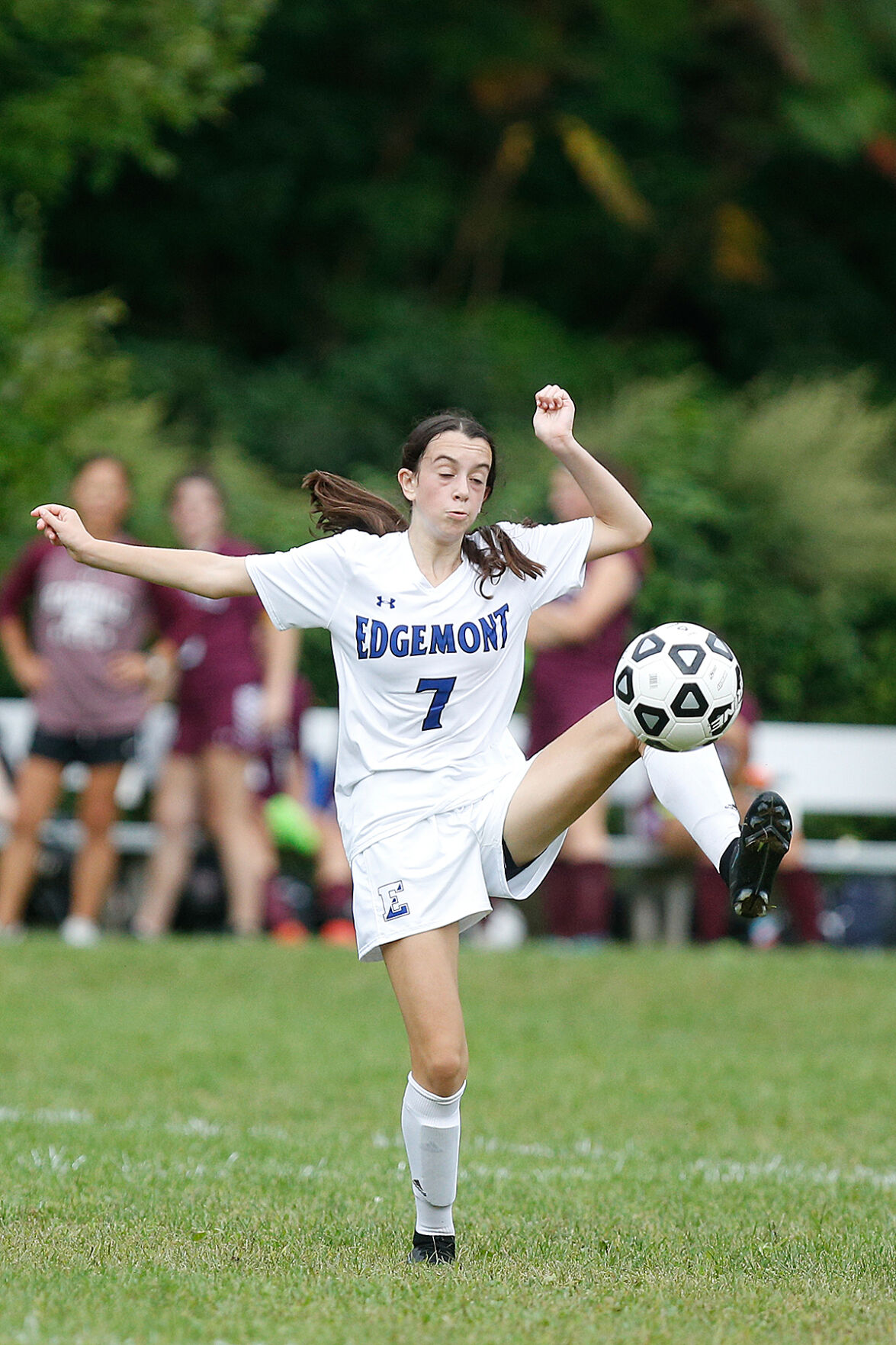 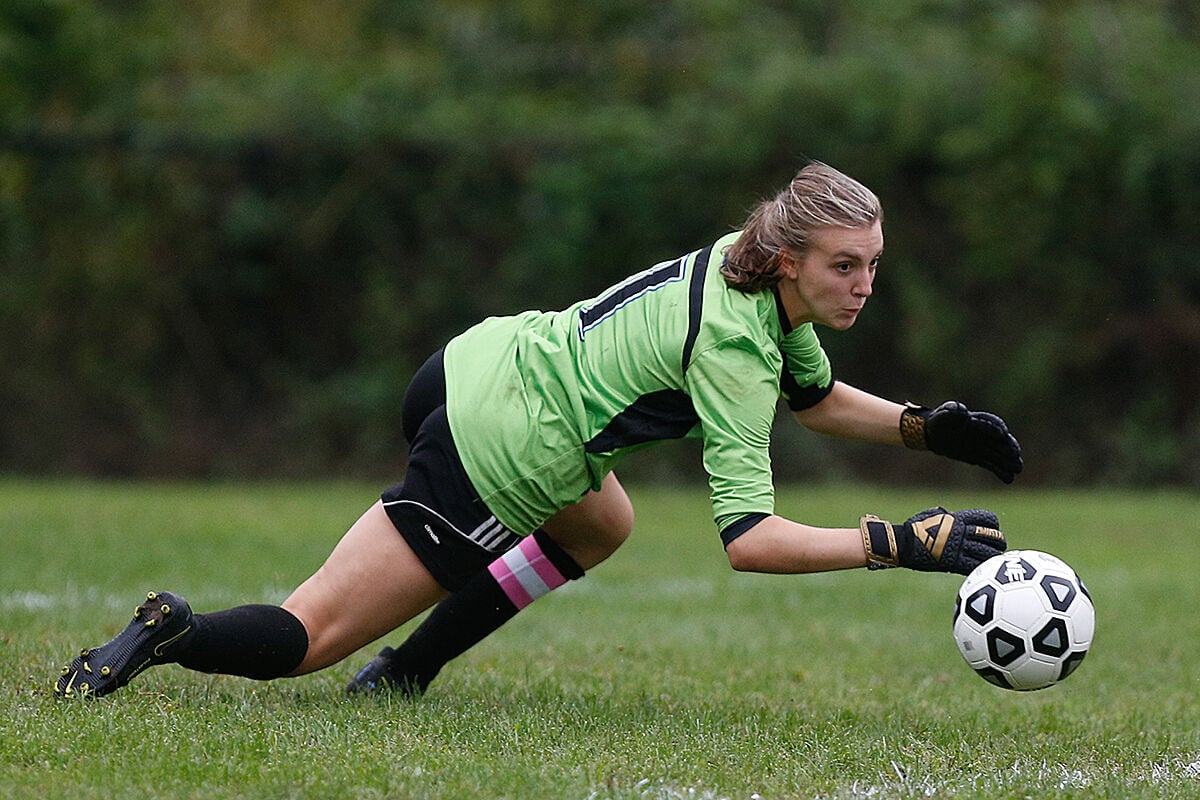 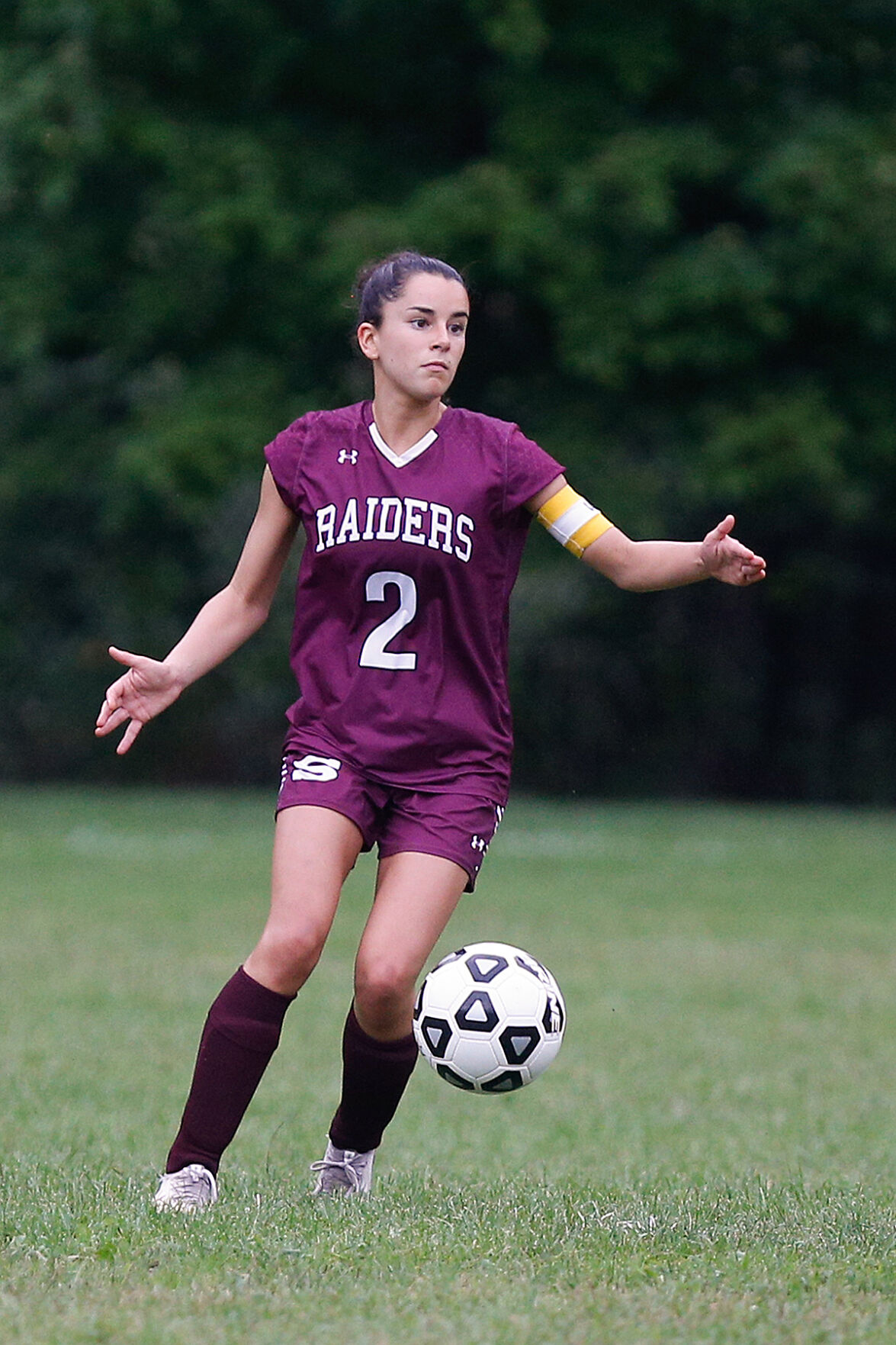 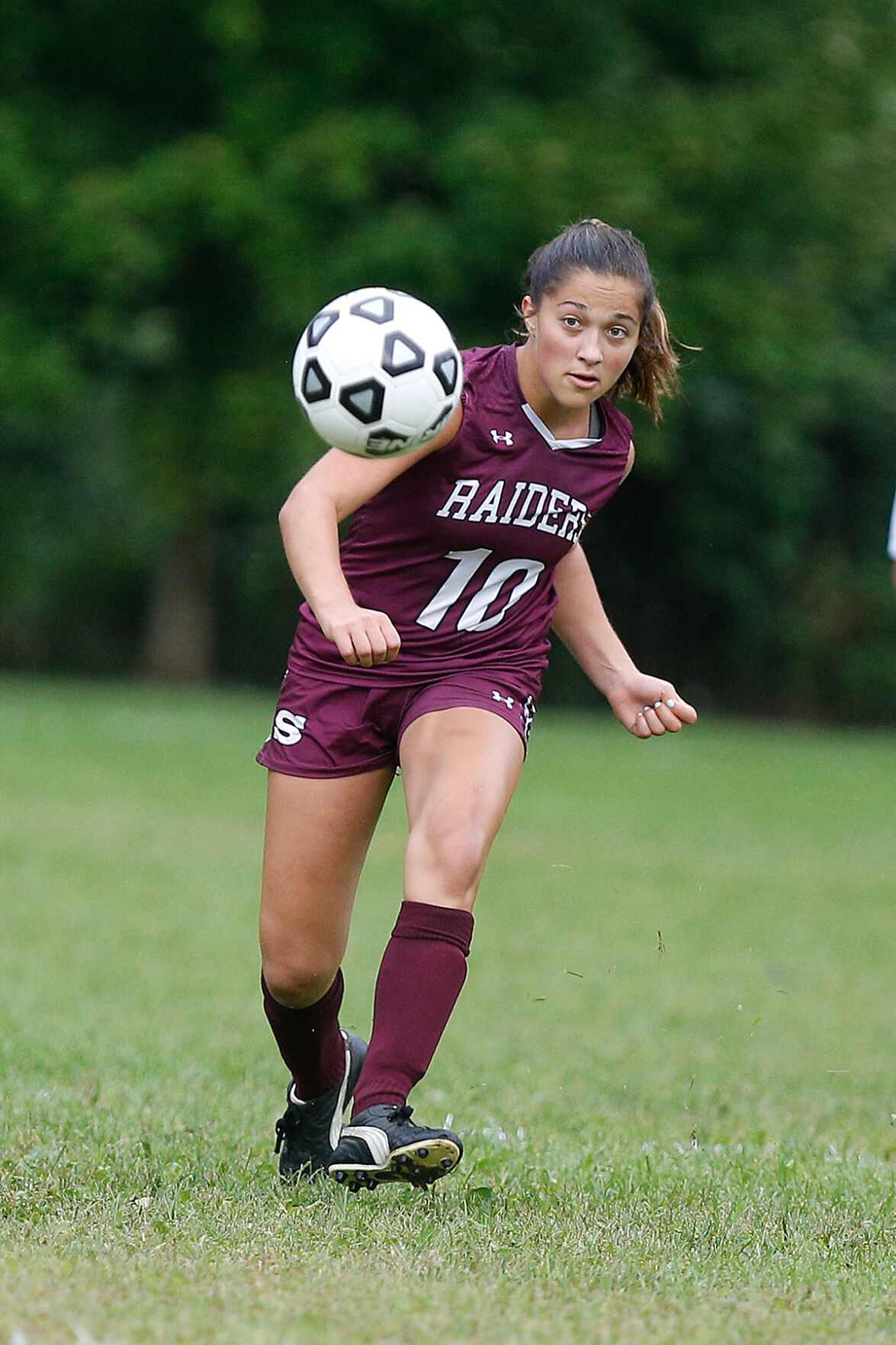 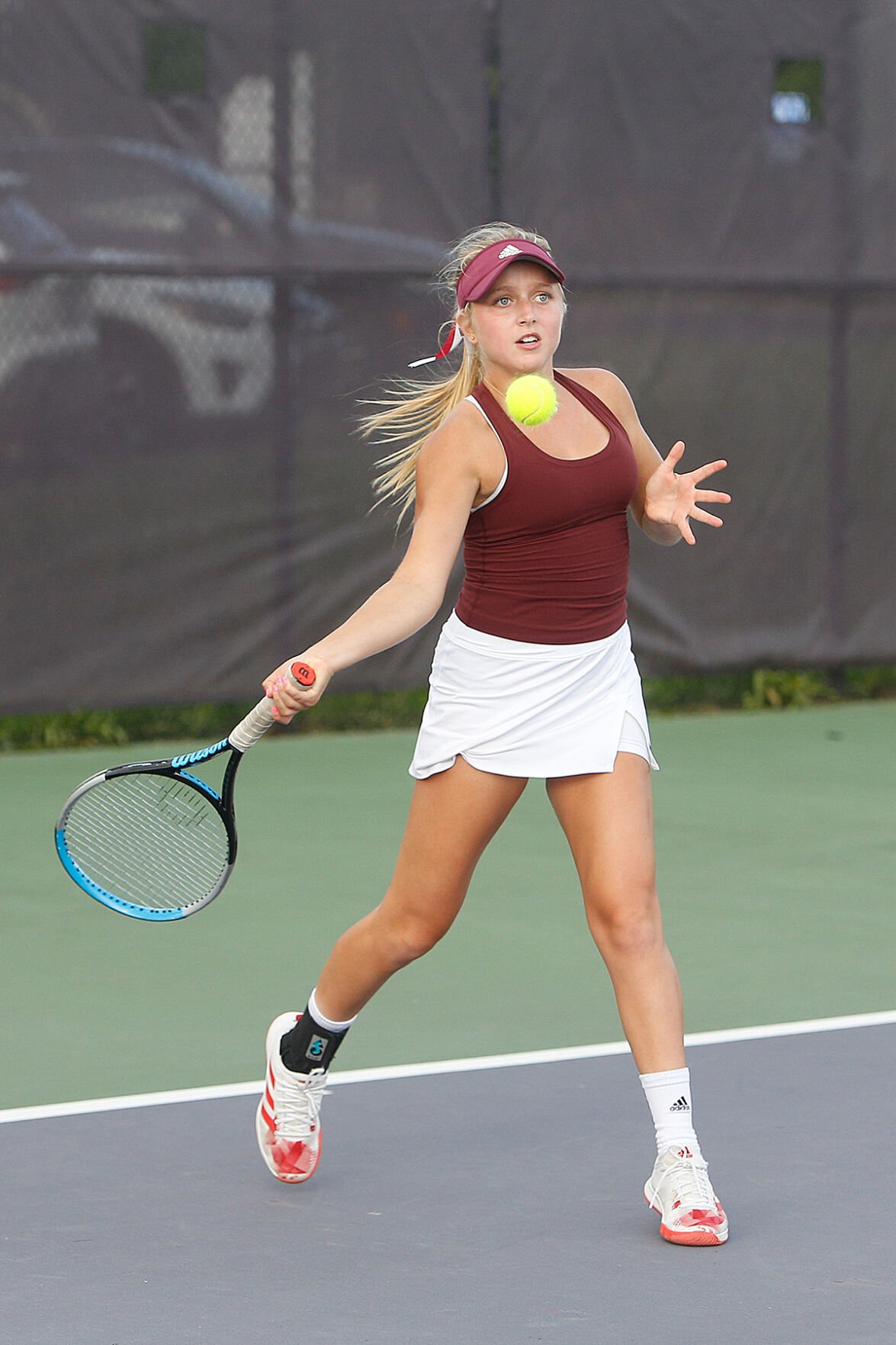 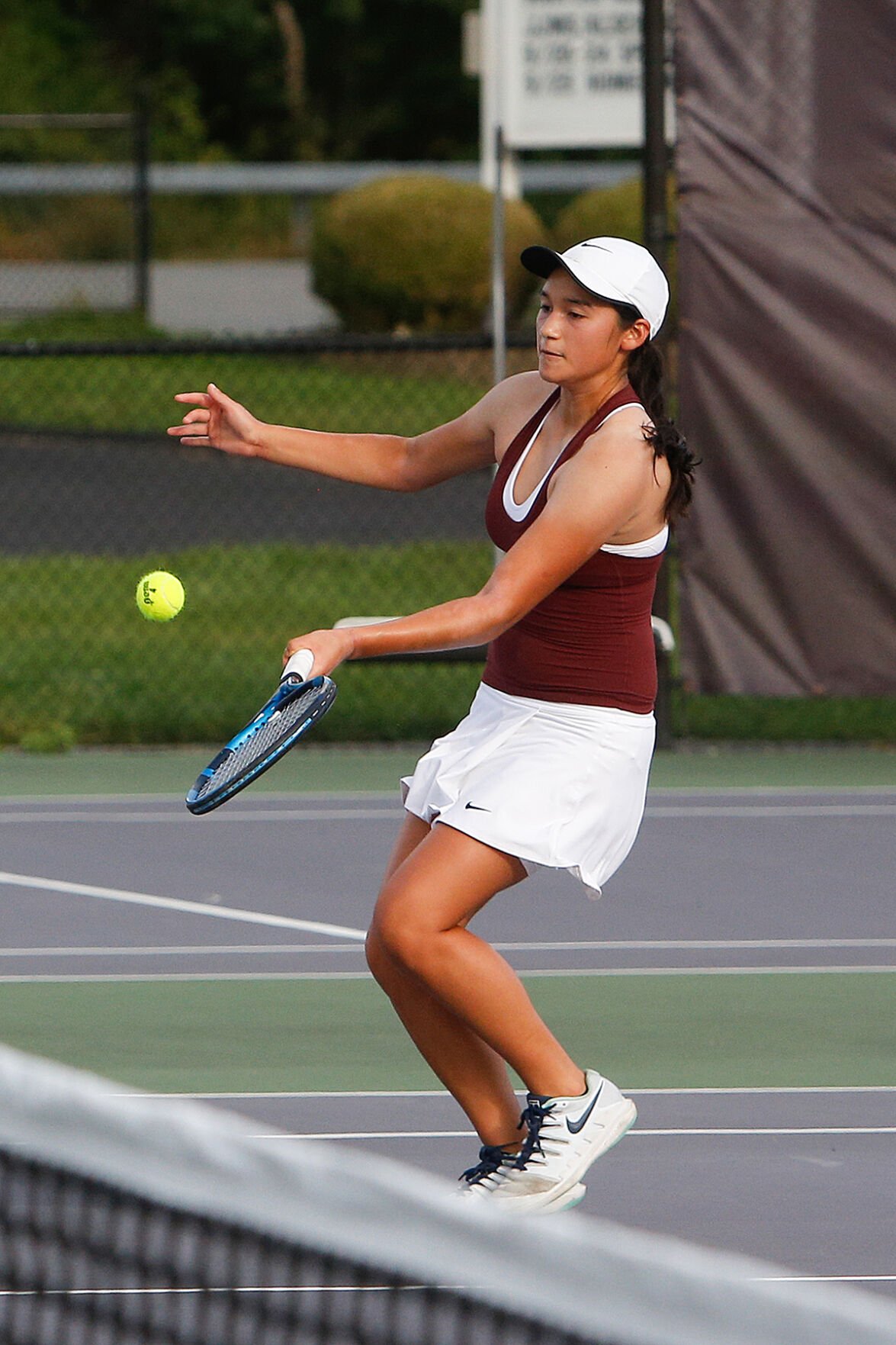 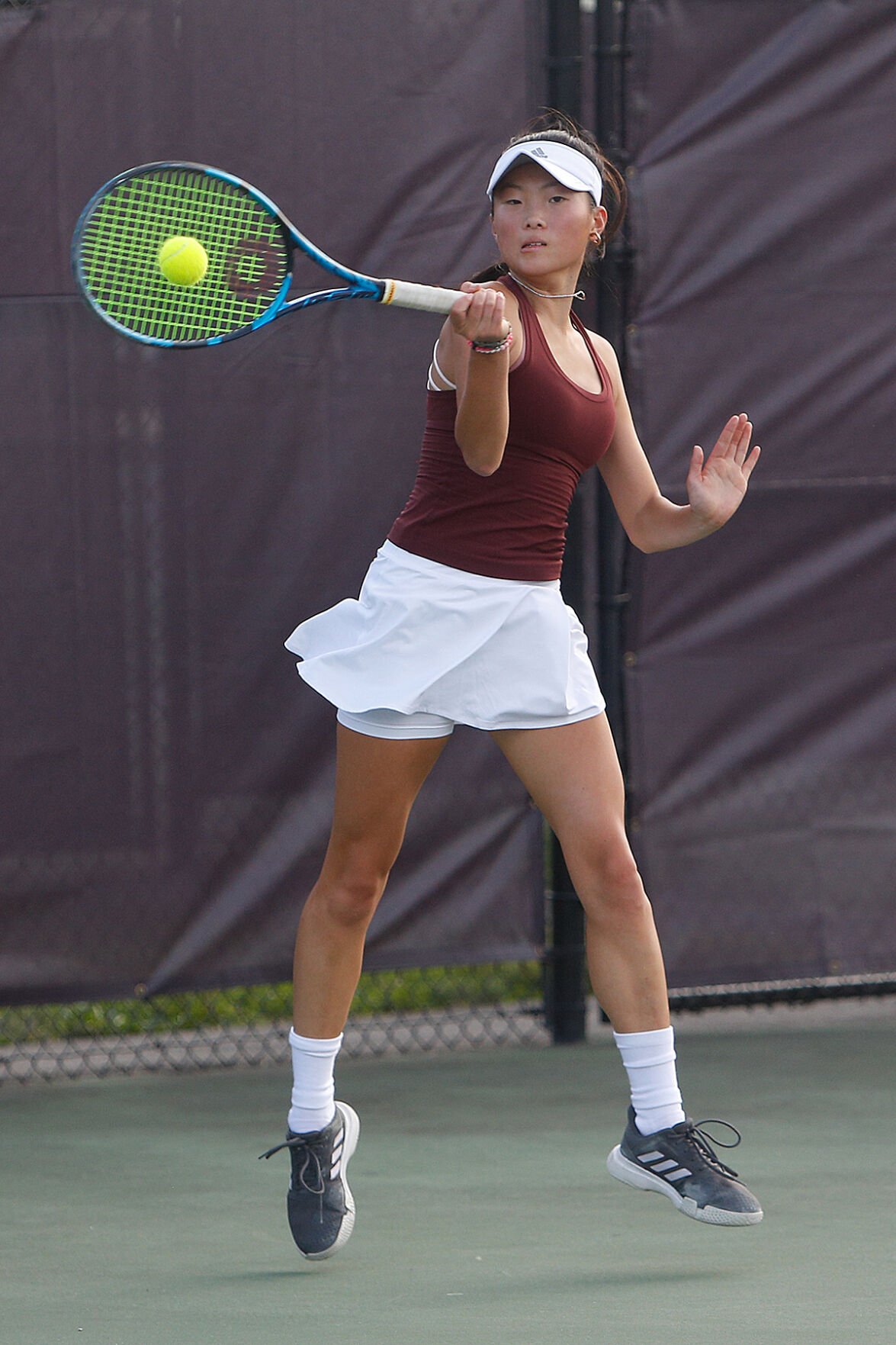 Scarsdale’s field hockey team is off to an impressive unbeaten start and the Raiders made a statement with a 3-0 shutout win over an annually strong Horace Greeley squad Monday, Sept. 20.

It was a scoreless game at halftime but the Raiders came out of the break with vigor, receiving two goals from Riley Iasiello, both assisted by Mackenzie Mauro. Maddie Greco had the other Raiders goal with Elizabeth Fine getting the assist.

Scarsdale coach Lauren Barton said that in the first half the Raiders “were not utilizing our strengths and connecting with one another. The pace of the game was frenetic and we were playing with panic.

“In the second half we began moving to the ball and desiring greater success and effort from one another,” Barton said. “The girls began to trust in their teammates and the passing and sequences on corners improved greatly.”

Angela Hoey posted the shutout in net, making eight saves for the Raiders, who improved to 4-0.

Coming off an impressive start to the season while earning a pivotal win over rival North Rockland, Scarsdale headed into its own tournament with momentum on Sept. 18.

The Raiders defeated Mahopac 2-0 (25-8, 25-22) during pool play but fell to the Indians 25-23 in the championship game to take second in the 12-team tournament. They finished 8-2 in pool play to earn the top seed for the playoffs.

Scarsdale defeated Dobbs Ferry, 25-13, in the quarterfinals behind strong serving from Gali Brass and Daphne Boockvar. Scarsdale then netted a 25-16 win over New Rochelle in the semifinals. Isabelle Goldban and Ellena Amidor paced the Raiders at the net with four kills and a block each. Brass added eight digs.

The tournament, which did not allow spectators, was canceled last season due to COVID-19 and had run every season prior to that since 2008.

Scarsdale football drops to 0-2 with loss to Admirals

Colby Baldwin rushed for a score and caught a touchdown pass from Brian Nicholas for Scarsdale, which trailed 21-6 at halftime.

The Raiders (0-2) will look to get in the win column when they travel to White Plains for a 6 p.m. contest Friday, Sept. 24.

Scarsdale’s girls soccer squad won two of its last three games to improve its record to 3-3-1.

The Raiders cruised to a 6-0 win over visiting Edgemont on Sept. 17.

The next day, Jordan Harpster made seven saves in a 1-0 loss to host North Rockland.

Behind one goal and an assist from Sam Medvinsky, Scarsdale rebounded with a 4-0 shutout win over Ursuline on Sept. 20. Laing, Schettino and Lizzie Wachs added a goal each. Karp and Molly Klein had one assist apiece.

Following the blowout loss to the Raiders, Edgemont responded well with a 2-0 win over visiting Blind Brook on Sept. 20.

Isabel Boodell sparked the Panthers with one goal and one assist while Zoe Gallup had the other goal. Edgemont improved to 2-3 with the win.

The girls took third and were paced by junior Alexandra Simon, finishing up by herself in 21:26.5 to claim silver. Senior Margot Diamond came in at 23:24.4 to take sixth, followed by Allison Scheffler (10th, 23:48.5).

Scarsdale had some exceptional results at the Suffern Invitational at Bear Mountain State Park.

Senior Natalyn Kapner led the girls to a second-place team finish as she took fourth in the Raiders’ race and eighth overall (20:06.5). Fellow senior Elizabeth Hurshman also ran a good race with a finishing time of 21:05.6 and a 12th-place finish. Eliana Zitrin (15th) and Simon (16th) ran together, with Zitrin finishing in 21:40.0 and Simon 21:42.1. Seniors Anna Schwartz and Ilina Goyal battled for the fifth-place position, with Schwartz edging out Goyal with a 23:19.3 over Goyal’s 23:31.4.

Against Valhalla, Breanna Chin and Eve Mellis tallied a goal each. Taylor Kenney made eight saves in the cage.

Penelope Kraus scored in the loss to Nyack with Mellis setting her up for the goal. Kenney kept the Panthers within striking distance with 11 saves.

The Edgemont girls tennis squad cruised to a 7-0 win over Nanuet on Sept. 13.

“The girls played great and really locked in their focus and showed what Edgemont tennis is all about,” Panthers coach Alexa Goldberg said. “I’m extremely proud of them.”

Edgemont endured its first loss of the season in a 7-0 setback to a tough Byram Hills team on Sept. 21.

“Byram has a very strong team this year,” Goldberg said. “We played strong and fought for every point. It was a big test for the girls and we learned a lot. I’m excited to play them again later in the season.”