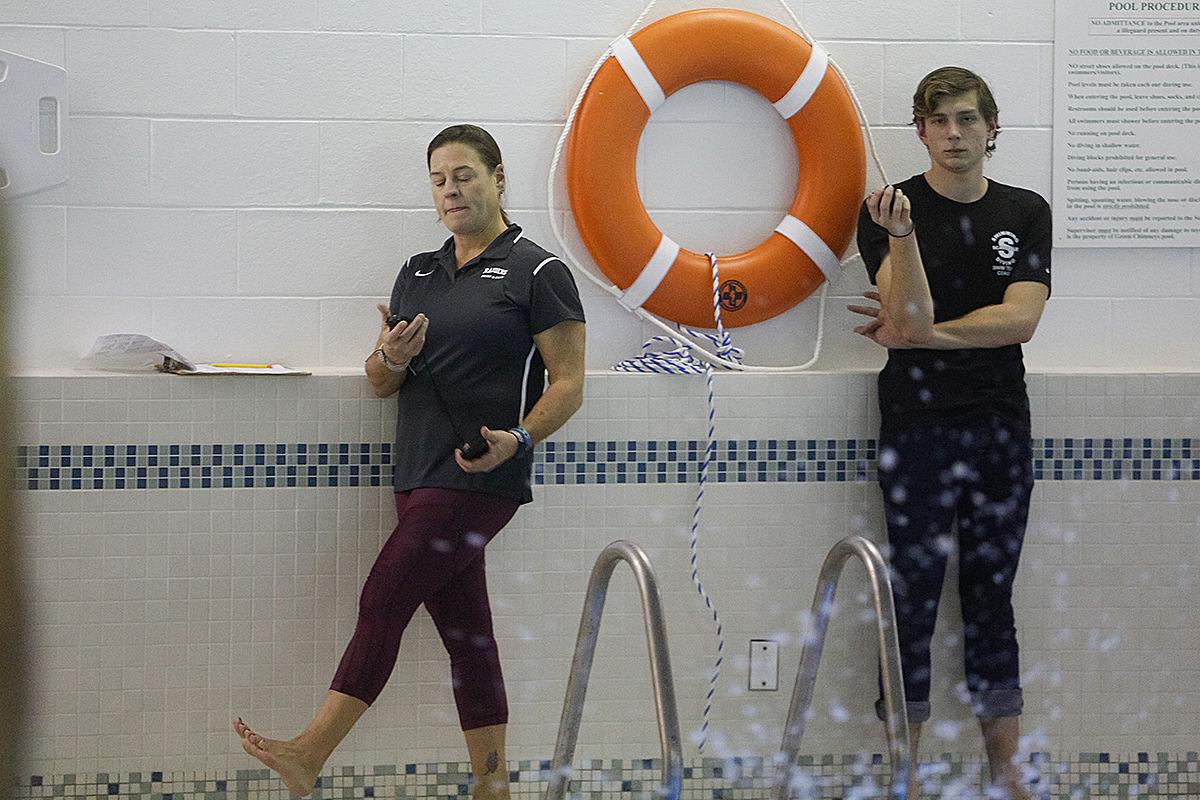 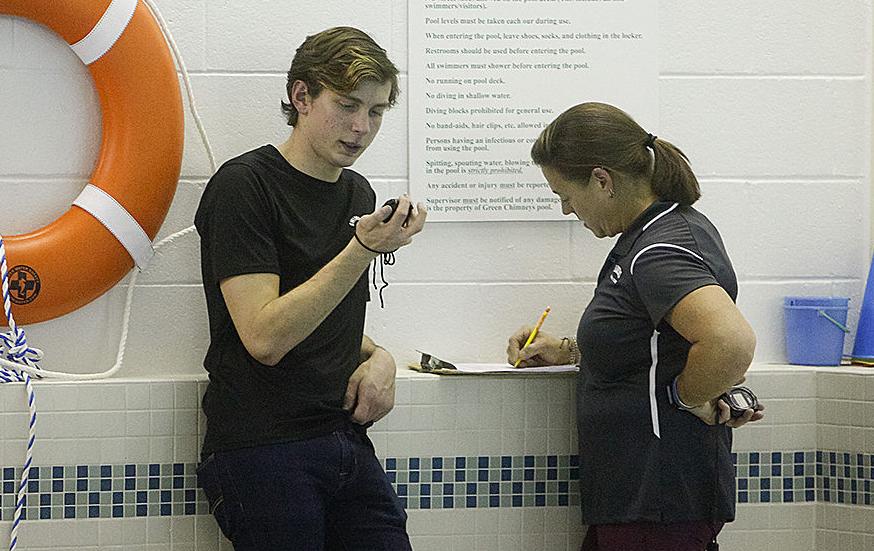 John Eforo was a senior when this year’s Scarsdale swim and dive team seniors were freshmen. Once a teammate, he’s now their coach.

Eforo, who graduated from Scarsdale High School in 2017, returned from a year of college and opted to get to work. He started in the fall of 2018 working with the girls team and has been an assistant with the boys and girls teams now for two years. He’s the lone assistant to Inga DeNunzio on the boys side in the winter, which comes with a great deal of responsibility.

“He made it to sectionals and I think he was in the section medley relay his senior year,” DeNunzio said. “He was a great swimmer and what he can bring to these guys is a lot of stroke work, background work.”

Eforo works mainly with the team’s less experienced swimmers. Among that group is a junior who joined for the first time and a senior who started two years ago when he “could hardly swim a lap,” according to DeNunzio.

“Not to make them feel bad, but there are 6-year-olds that could honestly beat some of them,” DeNunzio said. “One swimmer last year started off trials doing 52 seconds for a 50 free and he ended up with a 34 by the end of the season. They put in the work and it’s a great group.”

That’s where Eforo comes in. “I think John is a great teacher and he doesn’t know that yet,” DeNunzio said. “Even on a smaller scale just learning to teach makes a big difference. That’s how I started and it’s realizing your worth. He does a great job with them.”

In addition to two winters with DeNunzio, Eforo coached the last three summers with DeNunzio for the Scarsdale Town Pool team, where Eforo learned to swim as a kid. His first coach? DeNunzio. “I’ve known him forever,” she said proudly.

Many swimmers have stayed on with the town team as coaches after aging out after turning 17. That reflects well on the type of coach DeNunzio is.

“I think I bring a lot of fun and these are swimmers who had tough coaches, tough practices and to find somebody like me they can see a different side of coaching,” DeNunzio said. “It makes them want to try it and they do stick around.”

“I was a swimmer here for four years and I always enjoyed my time here,” Eforo said. “It was always a lot of fun and I looked forward to it. I was a member of the football team and I also tried crew, but this was my favorite sport to do in high school.”

The last two years have also been special for Eforo as he’s had the opportunity to coach all three of his younger siblings. Alex graduated last year and juniors Eddie and Danielle, who are twins, currently swim for Scarsdale.

In addition to having recently competed for Scarsdale, Eforo knows many of the swimmers through his brothers and sister, so gaining the respect of the members of the team hasn’t been that difficult.

“For some people, especially the ones who don’t know me, there’s an issue of gaining respect as a coach,” Eforo said. “They don’t necessarily know that I know what I’m doing. They look at me and see someone who is not much older than them.”

Senior Stuart Andersen appreciates the edge Eforo helps give the team. “He’s been competing against Horace Greeley and New Rochelle, those top teams, longer than any of us and he knows them better than us,” Andersen said. “He can give us really good tips, like that last tweak we can work on to get that last .1 second. That’s what it comes down to in sprints. If your starts and turns are not perfect you can lose to a kid by a little amount that you shouldn’t be losing by. John brings that to the team.”

John Solie, also a senior, said it took a little getting used to, but seeing Eforo as a coach with authority didn’t take long.

“It was kind of funny the first year, but he’s also been my coach on the summer team,” Solie said. “We can relate to him. If he tells me to do a set and says, ‘It’s not that hard, finish your set,’ he has done the set and you do have to respect him. When we were freshmen he was a really good swimmer. He brings that respect.”

Having a mentor like DeNunzio embrace him as an assistant coach at a varsity level at such a young age means a lot to Eforo, who appreciates the chance to have an impact at his alma mater.

“The team looks really good this season,” Eforo said. “We have a lot of good, young swimmers, and that bodes well for the future. These less experienced swimmers after about a week of getting them in the flow of swimming I started getting them on all the different strokes, teaching the techniques of diving in and flip turns. I think they have picked it up really quickly. It’s not perfect yet, but it’s getting there. I think everyone here is making a lot of improvement every day.”

In the water for the swimmers and at the edge of the pool for the coaches.