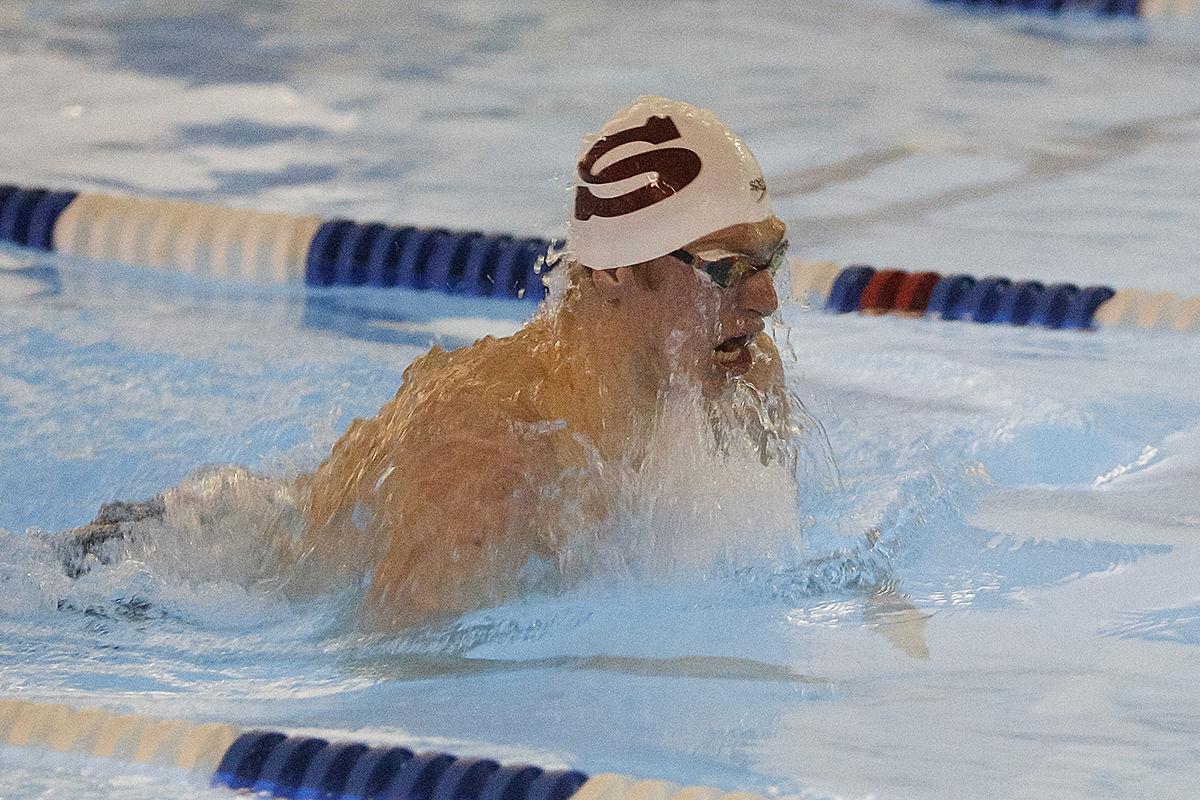 Brendan Lee on his way to victory in the 100 breaststroke race. 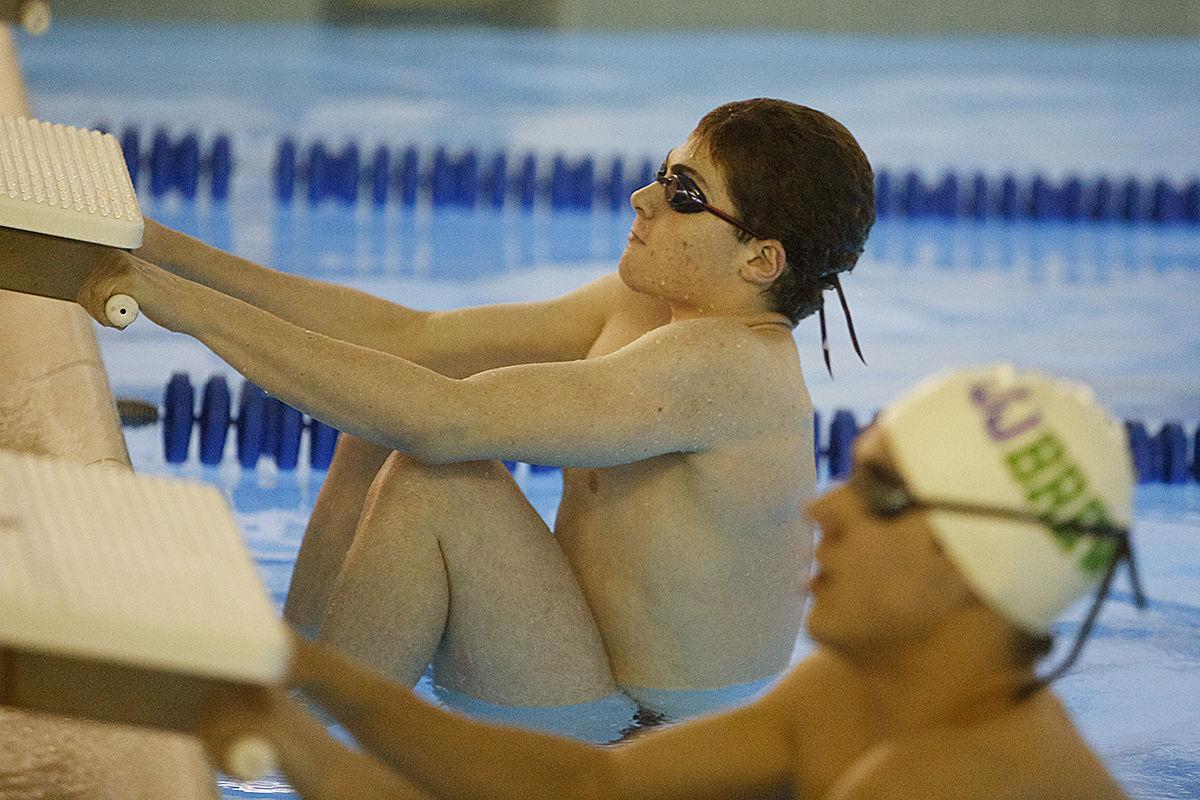 David Zoota takes off for start of 100 backstroke race. 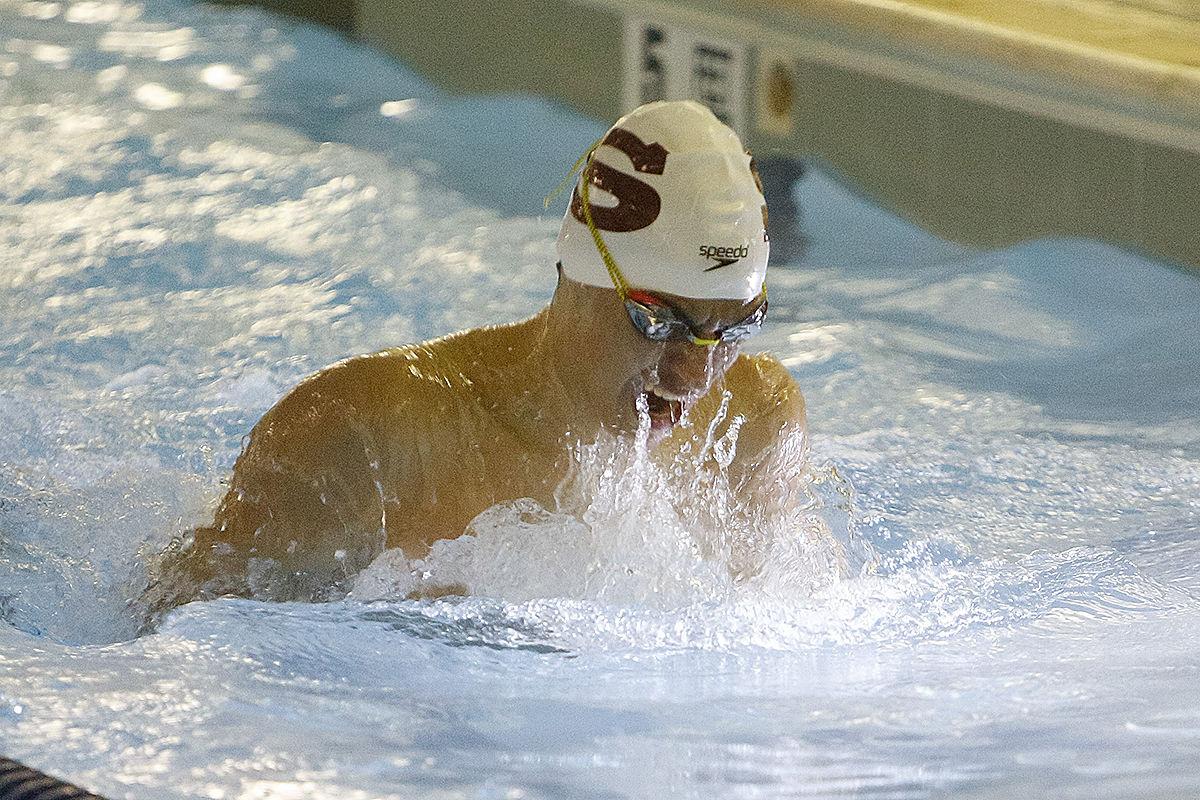 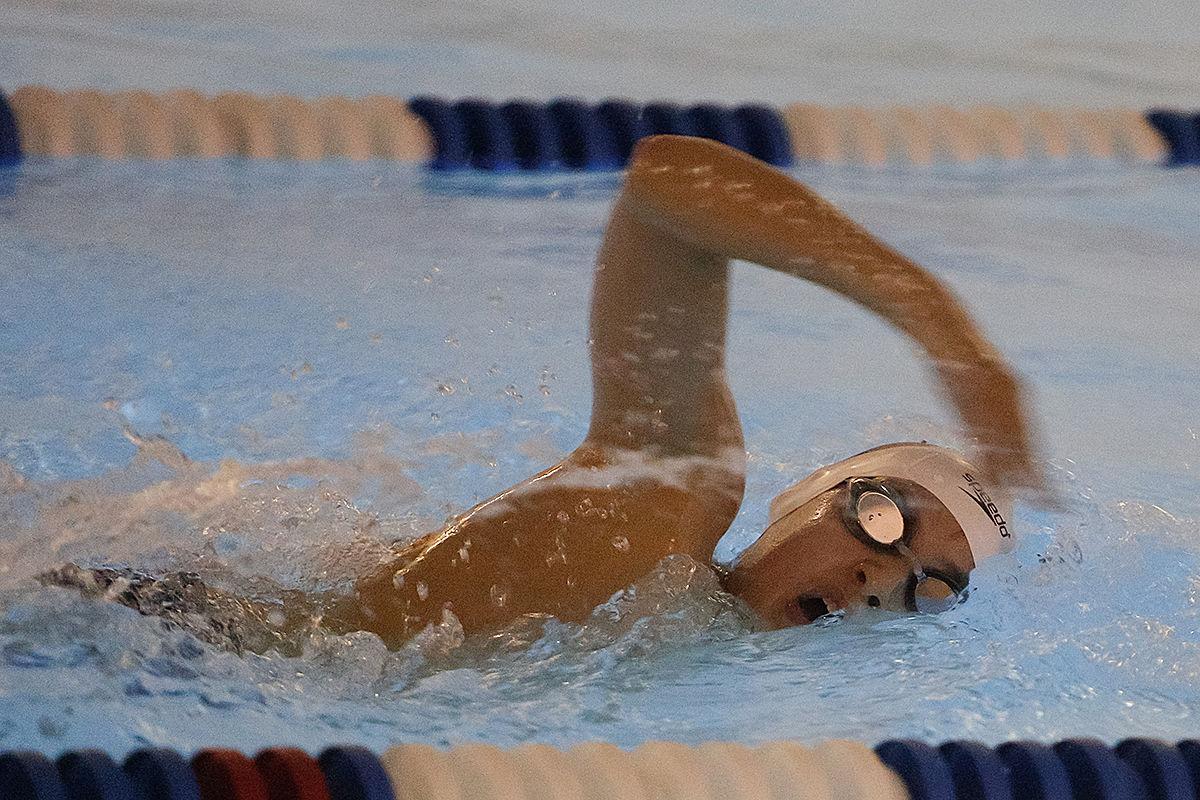 Harrison Lambert on his way to victory in the 500 freestyle race.

Brendan Lee on his way to victory in the 100 breaststroke race.

David Zoota takes off for start of 100 backstroke race.

Harrison Lambert on his way to victory in the 500 freestyle race.

Some bus rides are quieter than others. Coming home from Rockland County on Dec. 19 following a 93-92 loss to Clarkstown was one of the quietest for the Scarsdale swim and dive team.

It wasn’t so much that the Raiders had lost — it’s that they lost without one of their best swimmers and with one of their swimmers getting disqualified for a false start. Those two factors would have easily turned the “L” into a “W” and given them a 3-1 record instead of 2-2.

“We were missing Liam Campbell and he’s a big one for us, a freshman, one of my powerhouses,” coach Inga DeNunzio said. “He would have won the sprint freestyles, the 50 and 100. They would have been his without a doubt without even trying.”

The first time a meet came down to the last relay, the Raiders won. This time they fell just short. Despite the disappointment, DeNunzio loves the close meets over the blowouts.

“It’s kinda cool,” she said. “Honestly it’s a little bit more exciting. I pay attention to the score throughout meets, but those two pools both had the scores running on the board, so they could see it, too. It was good they had more visual of the situation in both of those meets.”

Wins aren’t always easy to come by in Section 1’s top division, so letting one slip away is tough to swallow.

“You have to roll with it,” senior John Solie said. “I look back and I know I swam as hard as I could. It’s not like basketball where I torture myself that I could have made a shot. We all swam as hard as we could and in the end they swam faster.”

For Stuart Andersen, also a senior, a lot of it has to do with the mindset coming into a meet. “Mentally losing by such a small amount is hard,” he said, adding, “We have to come in, work hard and be focused. We have to get our warm-ups in and stay loose and focused.”

With a large, talented freshman class that includes Liam Campbell, Andre Couto, Harrison Lambert, Aidan Lee, Ari Lemisch, Haochen Liu, Gabriel Meiselman and Alexander Tucker, Scarsdale is having a resurgence this season and everyone is enjoying the fruits of their labor.

“Our best grade right now is our freshmen,” DeNunzio said. “I have all these freshmen and that is going to say a lot for the future and I’m pretty happy about that. We are still pretty good within the sophomore and junior range. That’s also a good future, but we are going to lose some seniors. Then hopefully the next class coming up is as good as the class that just came up.”

The senior class includes longtime standout Brendan Lee, but this year swimmers like Lucas Figueiredo, Andersen and Solie are making their mark, along with first-time diver Thomas Peckett.

“The great thing with this team is I can go three, four deep and they’re going to do well,” DeNunzio said. “I have a good amount of people that can change events.” She added, “We have a lot of non-year-round swimmers making big contributions in swimming and diving. It’s a team collective.”

Andersen and Solie focus on the freestyle sprints and leave the other events to the club swimmers.

“The kids who swim outside are way more versatile,” Solie said. “They’re the kids who can do the 200 IM and 100 butterfly. If we did that we wouldn’t be able to handle it.”

Last year with Justin DiSanto and Riley Haffner making states and a relay in sectionals leading the way, Scarsdale took fifth in the section. This year they already have two state qualifiers in junior DiSanto (200 and 500 free) and sophomore David Zoota (100 butterfly, 100 backstroke).

“They were on fire and they were coming off a big weekend for their respective teams and they were just primed,” DeNunzio said of the state cut times. “We didn’t know if it was going to happen and it did, so it’s one less thing they need to worry about.”

Zoota was close to making states last year and made the jump this year.

“This year he smashed it,” DeNunzio said. “He’s a trainer. He works, he knows what he needs to do. He’s a really, really well-rounded person. I say that because a lot of people take a one-track sport and they build their life around it. He has found a good balance between school, outside interests and swimming. He’s a great young gentleman and everything he’s doing is building him for success.”

The senior class has seen the team at different points of being competitive over the last four years. As freshmen and sophomores they had veterans like Jack Callahan and Haofeng Liu leading the way. Last year was a bit of a down year, but it looks like that was just a blip.

With a .500 record and five meets left — they were 4-5 last winter — the Raiders hope the two-week break doesn’t set them back. DeNunzio gave everyone a workout plan for the vacation for those who didn’t have access to a pool.

“I don’t know if our record is going to show how good these guys actually are, but I do hope that in divisionals and sectionals it does show,” DeNunzio said. “These guys have a good future ahead of them.”

Scarsdale has limited practice time at Westchester Community College and also does dryland work at the high school.

“We don’t have the longest practices because we have to travel here,” Andersen said of WCC. “White Plains has their own pool, so it’s harder for us. We come in and get our hour workout in. It’s really important. Coach Inga is really great. She gave us workouts to do over the break to stay as in shape as possible because not a lot of us had access to a pool.”