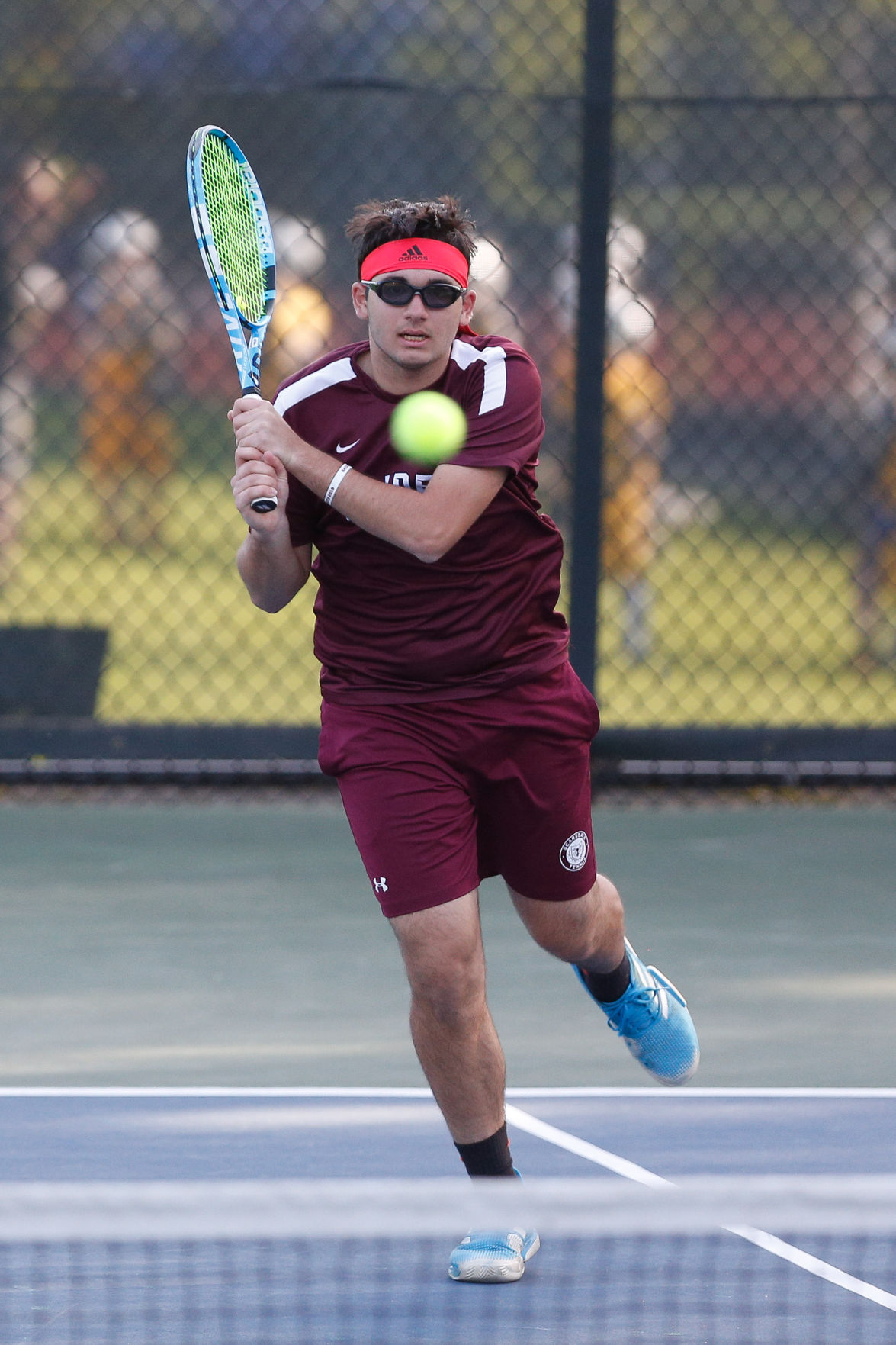 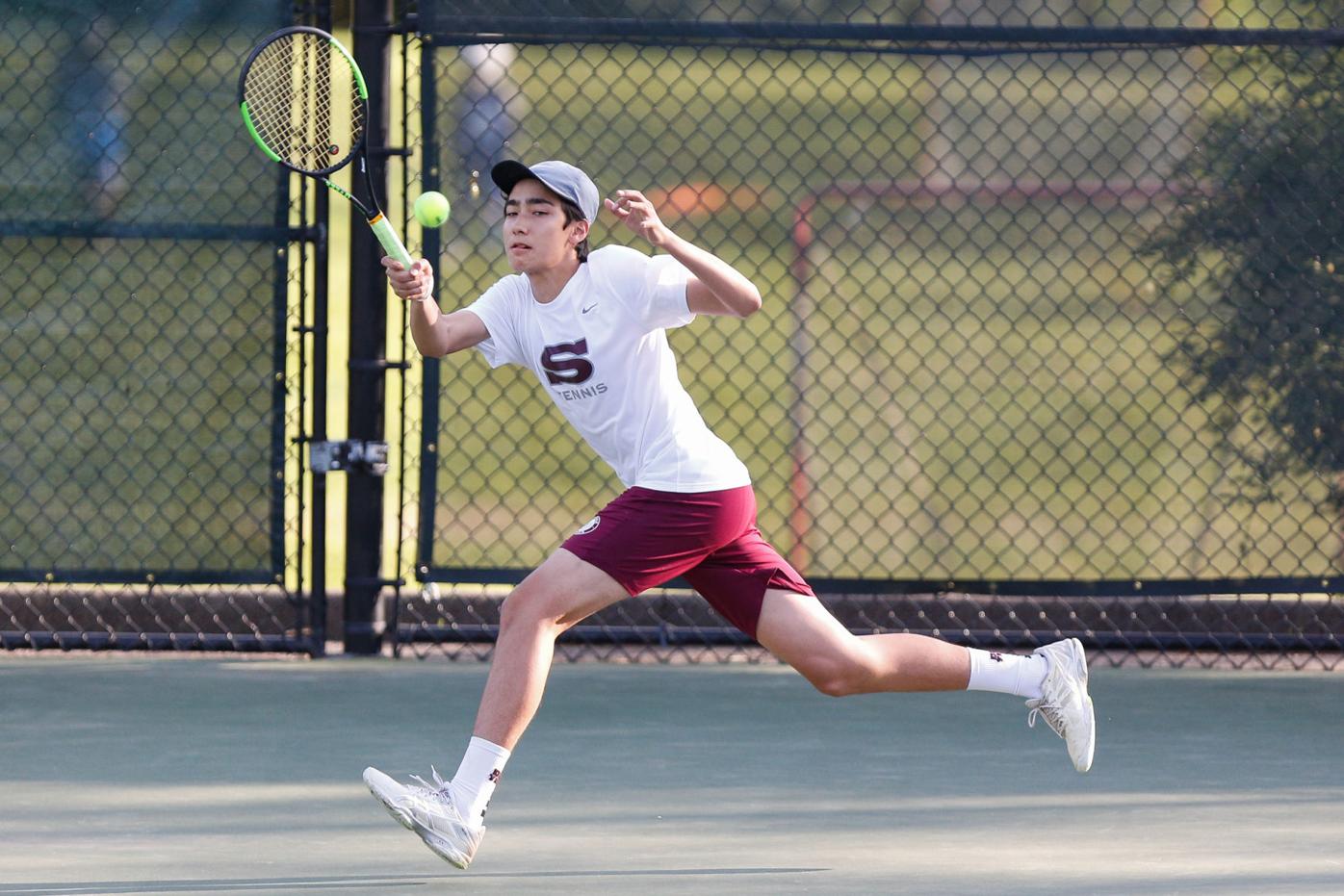 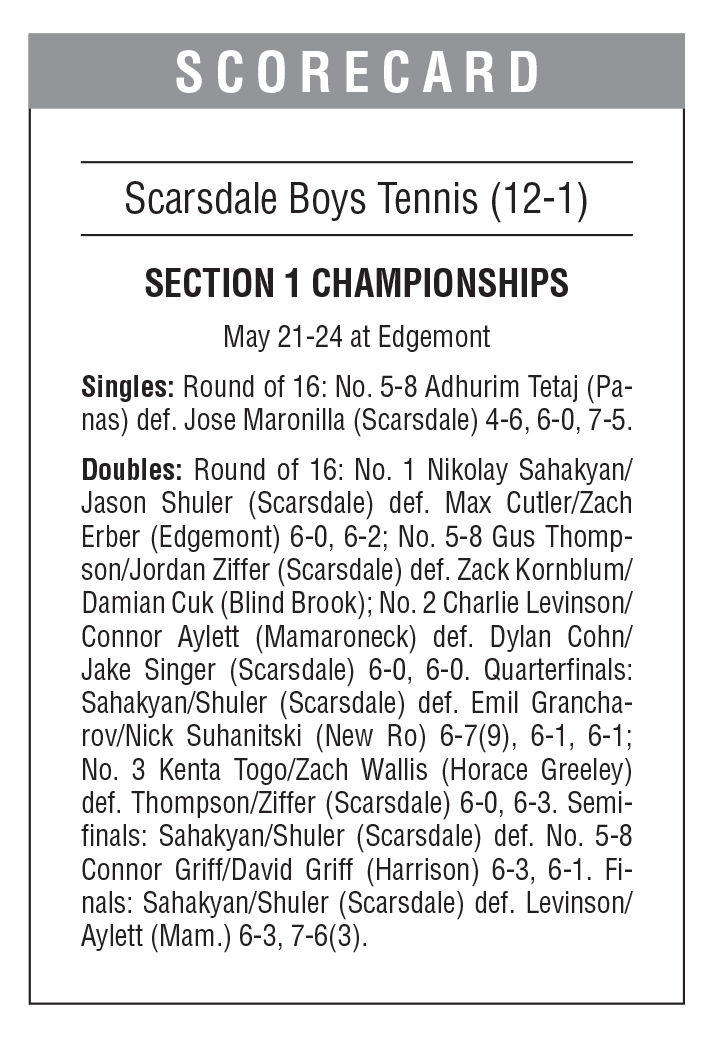 After topping the defending state doubles champions to win the Conference I title, Sahakyan and Shuler beat Mamaroneck’s Charlie Levinson and Connor Aylett once again to capture the Section 1 title and advance to the New York State Championships, which began yesterday.

“Our success in sectionals wasn’t really a shock but it wasn’t what we thought was going to happen,” Sahakyan said. “When we got the draw we knew that all of the matches we played were not going to be easy and we had to stay focused. In the final against Mamaroneck, we got off to a really good start and kept the energy throughout the whole match.”

Shuler’s goal was to finish in the top three and make states, but the success has been a bit of a shock as he and Sahakyan have “exceeded” his expectations.

Coach Roane described the competition at sectionals as “fierce,” adding, “Any of the top six teams left in the section could have made it to states. When you get to the states, there are certain sections that are not as good as our section. When you got down to the final four, the Harrison team didn’t go, but if they had finished in third place and made it to the states, they definitely could have done well at the state level.”

Shuler and Sahakyan, who teamed up for doubles in postseason after Shuler held the No. 1 singles spot this season and Sahakyan was recovering from surgery until May, demonstrated their dominance by getting off to a hot start with a victory against Edgemont to open sectionals.

More victories followed against New Rochelle and Harrison, with the Harrison win securing Scarsdale’s spot at states. In the title match — after having topped Mamo 2-6, 6-1, 10-5 at conferences as a full third set was not played until sectionals — the Raiders won 6-3, 7-6(3).

“I think it could have gone either way — it was very good tennis,” Roane said of the finals. “They played very well against the New Rochelle team, which consisted of two ninth-graders, their No. 1 and 2 singles players. They played well against the Harrison team. None of those teams were a walkover, like a 6-0, 6-0 match. They had to fight for it and I think by doing that it made them better tennis players.”

Beating Levinson and Aylett twice is indicative of the consistency and rhythm Shuler and Sahakyan have developed in a short time this month.

“Going into the tournament I was hoping they would place in the top three,” Roane said. “Their toughest match was against the Mamaroneck team. They had a few hiccups against the Harrison team, too, but it couldn’t have worked out any better.”

Mamo put up a fight against Scarsdale as they sought revenge and looked to earn the top seed in the state.

“They had some good points, but Jason and Nikolay really stepped up their game,” Roane said.

Sahakyan’s experience in the postseason has played a significant role in helping them with his recent success. Last year Sahakyan teamed with then-senior Luke Smith to finish as the Section 1 and NYS doubles runners-up to the Mamo duo.

Though he plays USTA events at a high level, this entire process and experience is brand new for Shuler, who has held his own with his veteran teammate.

With an experienced coach and a seasoned senior, Scarsdale has an edge on the competition at states. Sahakyan and Shuler also have confidence, which will help them prepare strategies for the final tournament of the season.

“My strength in doubles is my ability to place my serve exactly where Jason tells me to in order for him to finish the point at the net,” Sahakyan said. “My weakness is sometimes not making the right shot and going for something unnecessary.” He added, “As a team, Jason and I communicate well and when one player messes up, the other tries his best to recover. However, sometimes we get off to slow starts because we are not loose, so I think we need to stay loose right from the beginning.”

Shuler has been taken aback by the success he and his partner have achieved, but has also taken every opportunity to learn from each new up and down throughout the postseason. Despite playing singles for the regular season, Shuler seems to have calibrated his style of play to fit that of a doubles player. He is comfortable playing alongside Sahakyan and they have the tendency to set one another up with stellar communication that is emphasized by Coach Roane.

“I can rally for a long time at the baseline and I have a serve that can set up my partner at the net,” Shuler said. “However, sometimes I struggle to poach and move across the net to intercept balls from the baseline.”

Roane has also identified areas of improvement for each player in anticipation of the type of tough match play that usually hits around the state semifinals. “Jason is pretty consistent, but he needs to be a little bit more aware at the net,” she said. “He’s got a great forehand.

“Nikolay is a smart player, very technical, but being out of tennis for so long because of his surgery, sometimes he’s a little slow to get to the ball, but that just comes with coming back from an injury.”

Scarsdale certainly has high expectations for states. Roane has coached two teams to state doubles titles: Eavan Kennedy and Dian Dreyfus for the girls in 2000 and Austin Kaplan and Ben Fife for the boys in 2011. Shuler and Sahakyan are aiming to become Scarsdale’s third boys’ team to win a state title. (Based on state records that date back to 1981, Jason Beckham and Jeff Weiser won the title in 1994, the same year Mark Warnken won the singles title.)

“One of the most important things at states is to not get nervous because we are playing on a big stage, so in the early stages you are going to feel tight and if you make errors it will probably get to your head,” Sahakyan said. “We need to stay focused and not let small mistakes bother us. I think Jason and I have played great together through the conference and section tournament. We have communicated well right from the start of the postseason.”