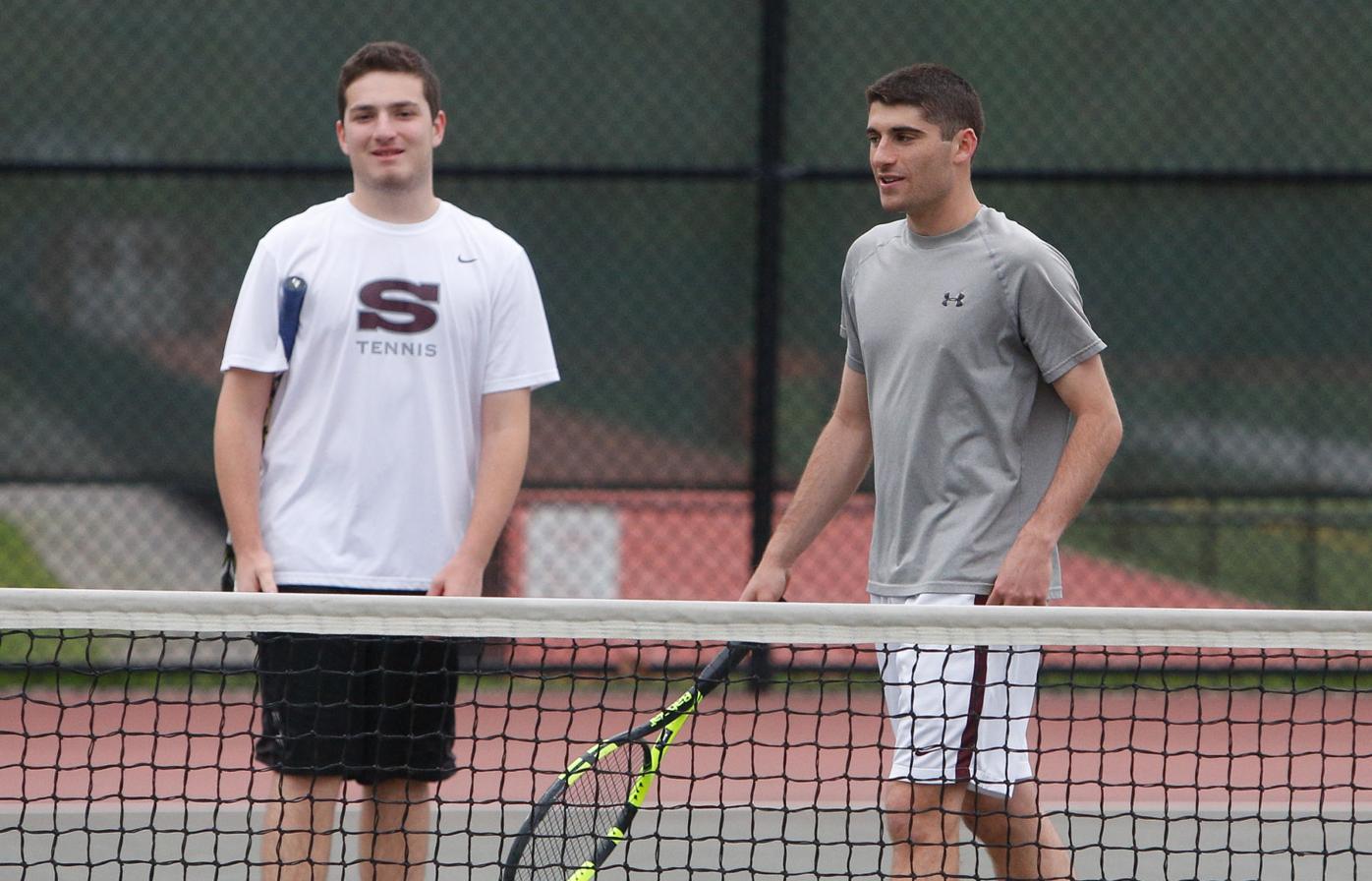 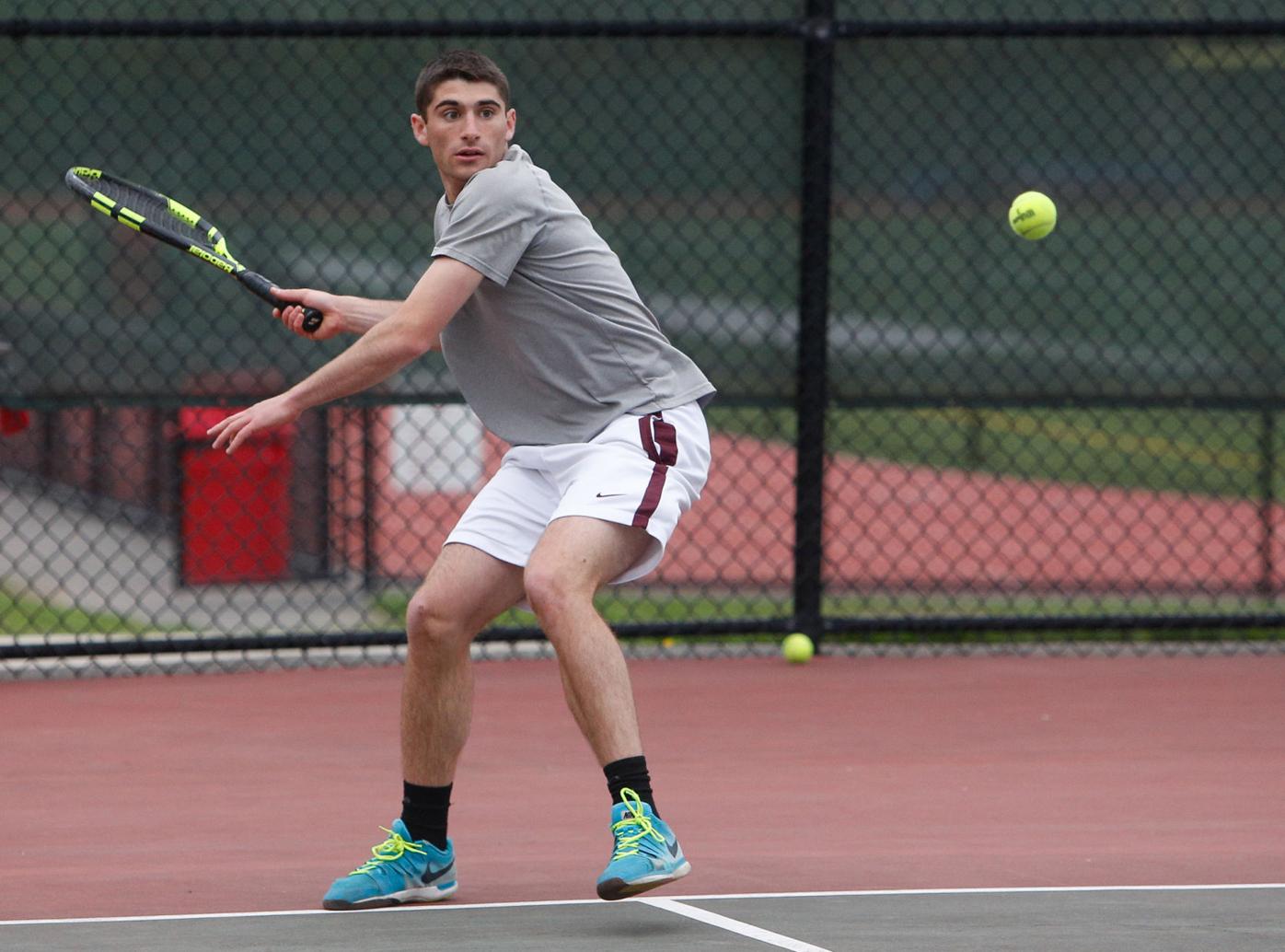 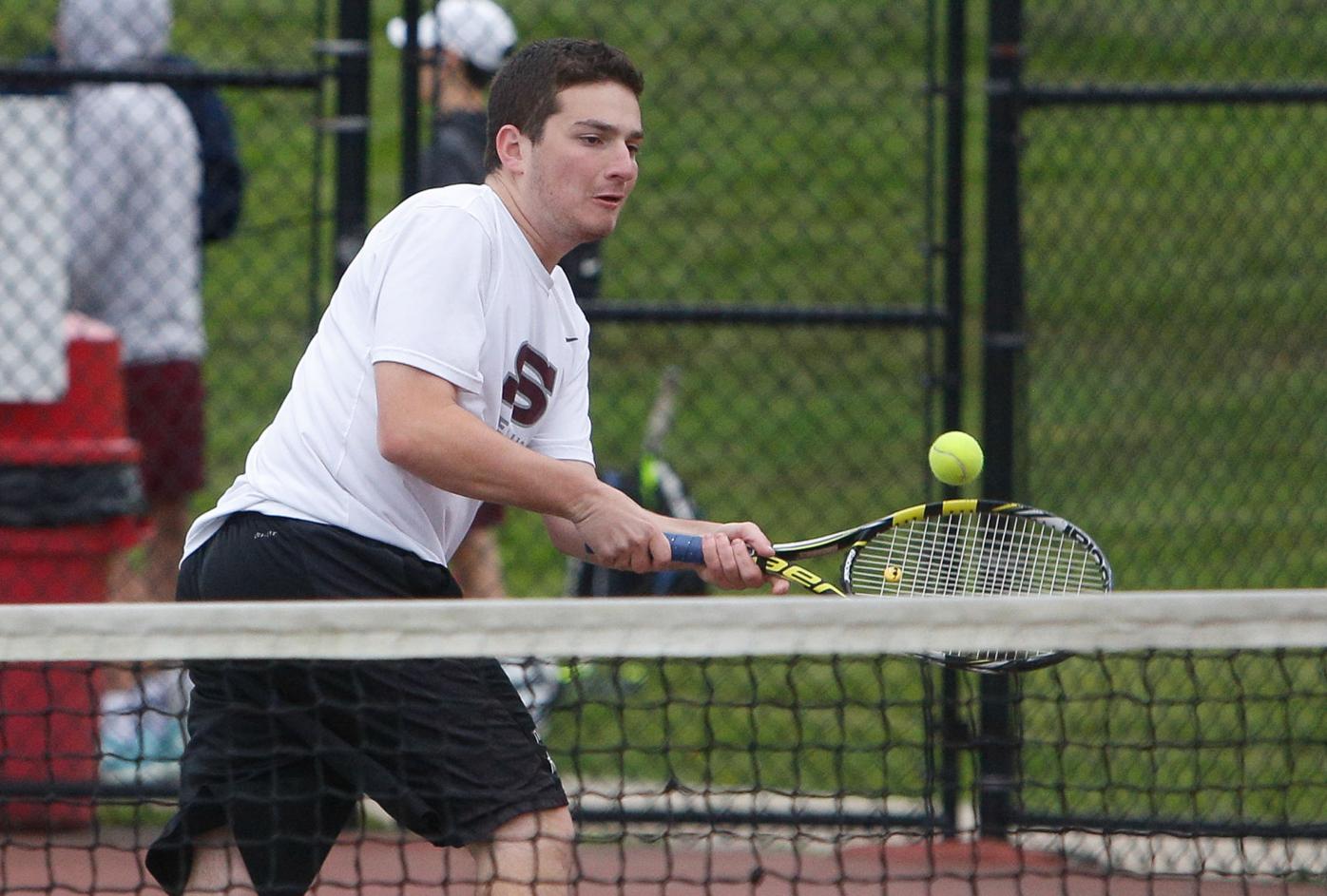 The upperclassmen on the Scarsdale varsity tennis team, with their experience and leadership, are the foundation for the team’s success. This is apparent in the chemistry they have developed over the years.

The oldest players on the team understand each other’s games inside and out, which ultimately helps them strategize and prepare for the intense competition schedule set up by veteran coach Jennifer Roane.

The doubles partnership of seniors Dylan Cohn and Jake Singer is deep-rooted in the tone set for the team. Cohn and Singer have been playing together for three years, an extremely rare thing as pairings often change over the years and players are mixed around with kids from other grades in order to find the best complement for each other’s strengths and weaknesses.

Cohen and Singer first teamed up on the varsity B team and continued together the last two years on varsity. The duo boasts a winning record; last year they were 8-3 and made sectionals.

Through seven matches for the 6-1 Raiders, they are 5-1, including a win over rival Horace Greeley this spring in the No. 2 doubles slot. The lone loss came to Byram Hills’ Robbie Waxman and Evan Miller, 7-5, 3-6, 10-7.

Their success comes first and foremost from their experience together. Each year they develop a stronger connection on and off the court and they are able to communicate effectively before, during and after matches. They are able to give and take criticism without deflating each other. Their passion and drive to win also plays a major role in their achievements.

“Dylan and I are good friends off the court, so it makes it really easy for us to communicate on the court,” Singer said. “We aren’t afraid to tell each other what we need to do in order to win. He will get on me and I will get on him, but we make it work.”

Singer and Cohn are two strong pieces whose individual strengths add up to an even greater threat on the court. They help elevate each other’s games.

“They are both much more confident at the net and they both have different strengths,” Coach Roane said. “Dylan runs all over the court. If there’s a ball that Jake is hesitant to get, Dylan is right there. Jake gets to almost everything and hardly misses a shot. It might not be a winner, but he always keeps the ball in play.”

The three-year partnership has given them the advantage of knowing one another’s strengths and style of play.

“I have learned Jake’s tendencies on the court,” Cohen said. “We have improved as a team, gaining chemistry, and we know how to utilize each other’s strengths well as a team. We both love to compete and Jake and I push each other each and every day to be the best doubles team we can be, in order to help our team win a match.”

Although Cohn and Singer have been partners for such a long period of time, they still have room for improvement prior to postseason competition so they can make the most of their final tournament together.

“We need to work on finishing off opponents toward the end of our matches,” Singer said. “Sometimes we get off to a good start, but take our foot off the pedal and let the opponents get back in the match. This year, we have done a better job of doing that, but we need to continue it if we want to win more matches, especially against the tough teams in the section.”

Ultimately, playing doubles with the same partner for three straight years has allowed the pair to learn extensive strategies and game mentality not only in general, but with each other. Cohn and Singer are now extremely knowledgeable doubles players and they can offer younger and less experienced members of the team valuable pointers when it comes to strategy and technique, which bodes well for the future of the team.

Cohn has been advising the underclassmen on strategies to improve their match play. “I would say to always keep your head in a match no matter the score,” Cohn said. “You will not always play your best every time, but I have had many matches where we were losing badly and then turned the match around and won and vice versa.”

From varsity B to varsity, Cohen and Singer have evolved into a force, but also appreciate the greater mission of enjoying their situation.

“Jake is very funny, always cracking jokes” Roane said. “Being that they’re seniors, even though they’re not captains, they still have made an impact on the team … When they’re finished with a match, they try to go over to another doubles team or singles match to cheer on their teammates, which is nice to see, given that tennis is an individual sport.”