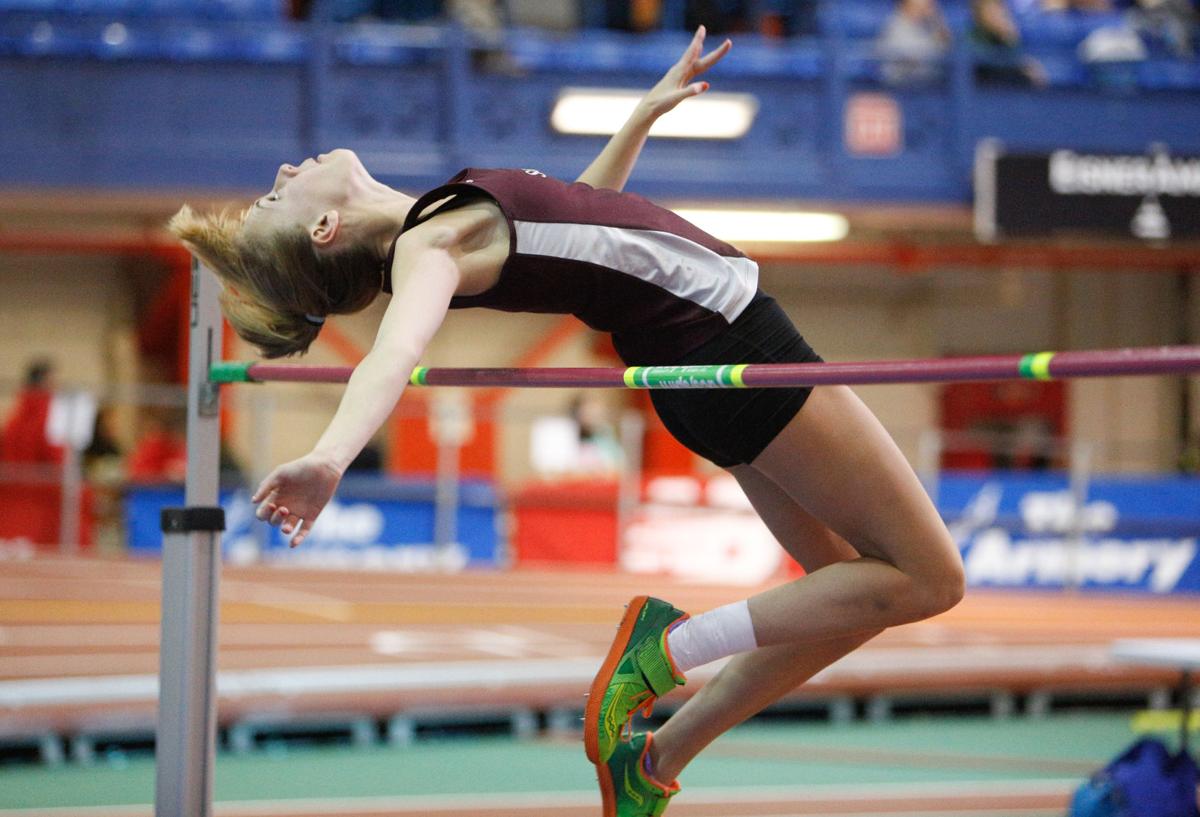 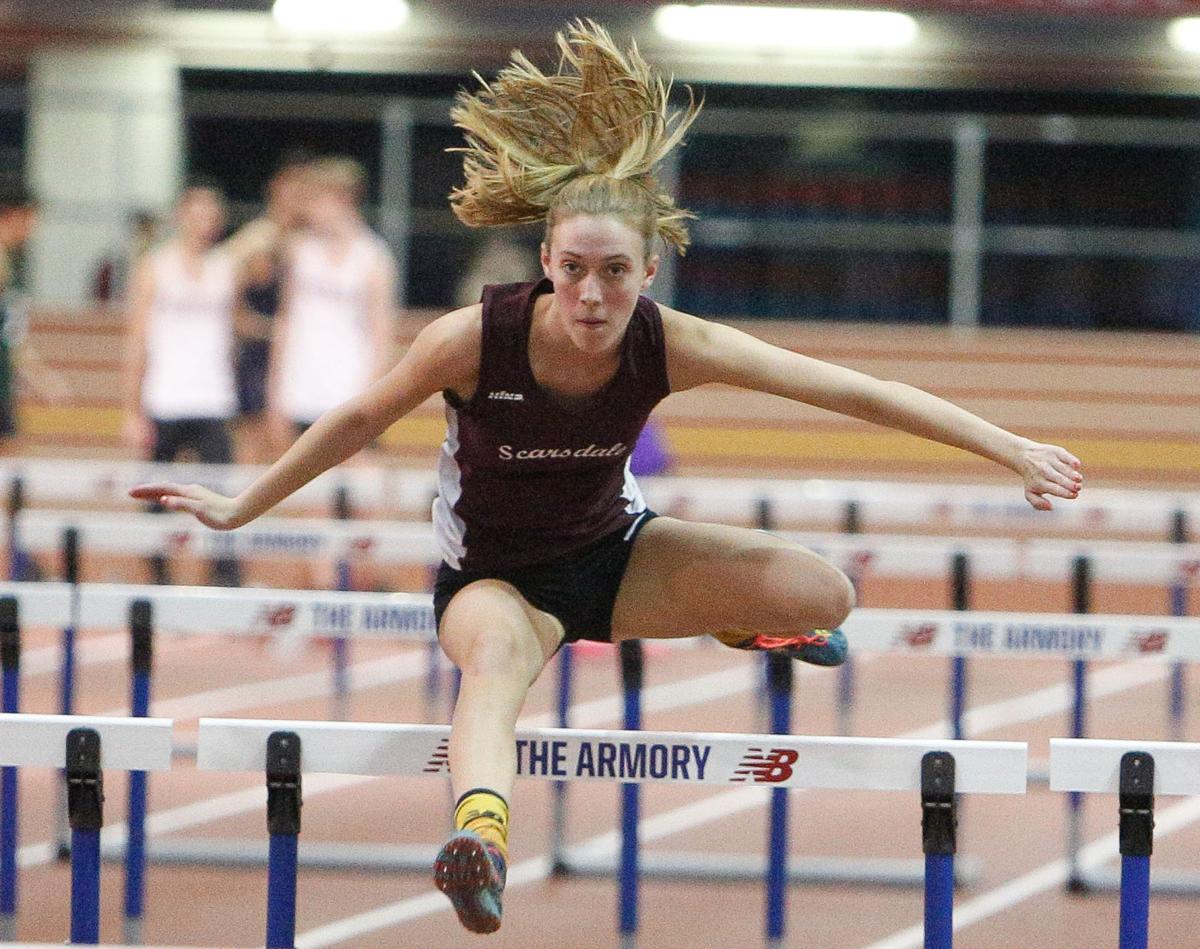 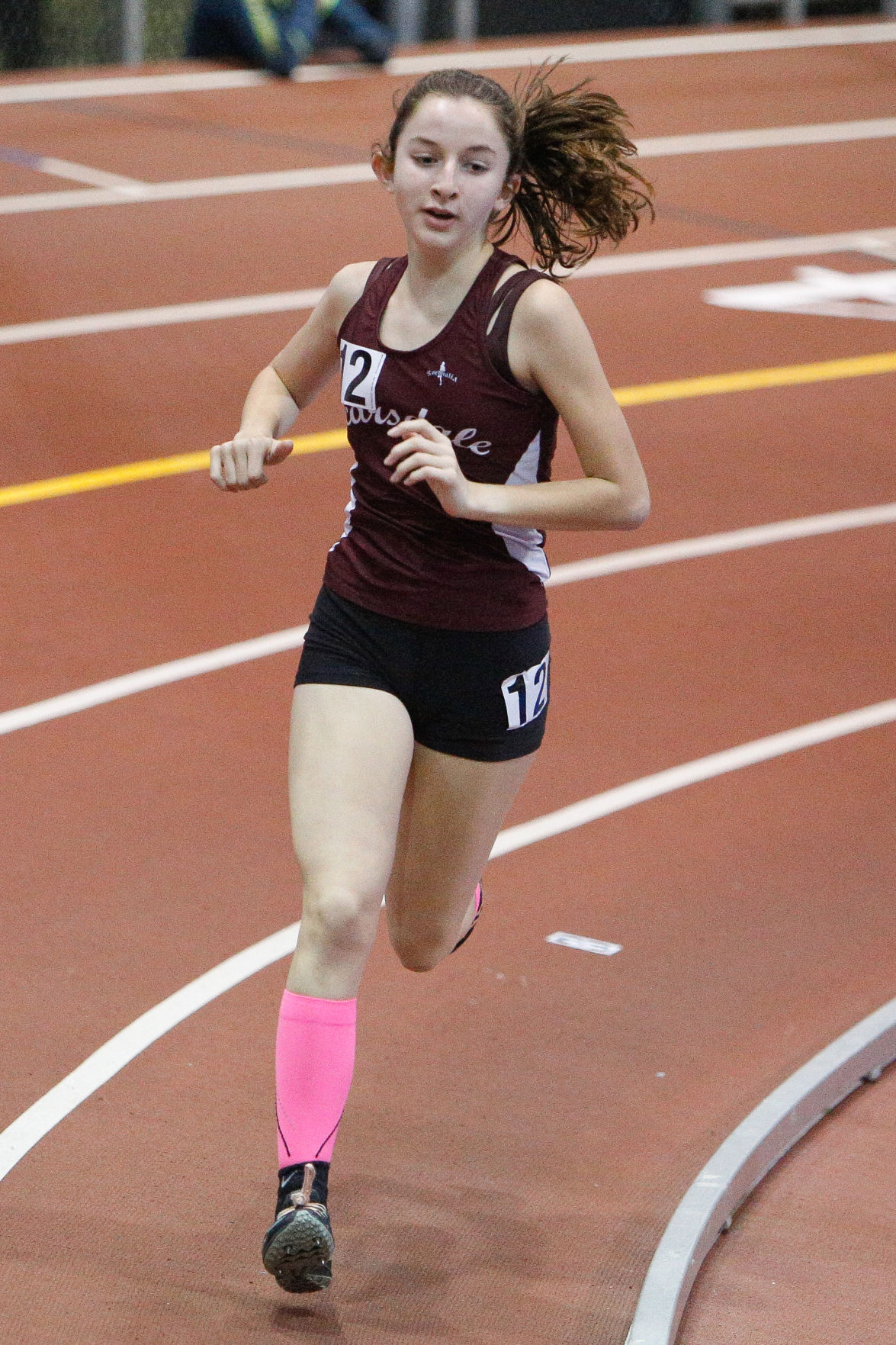 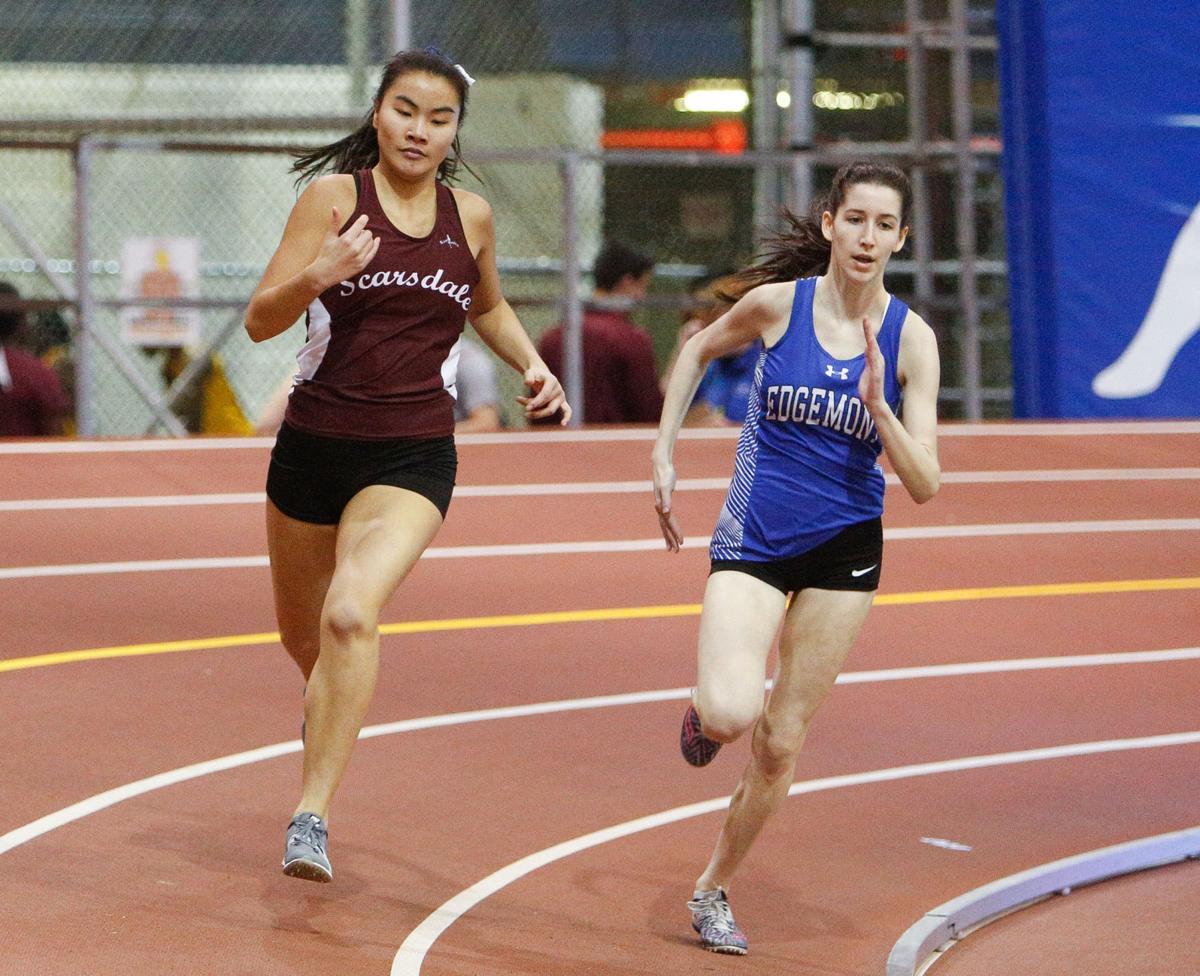 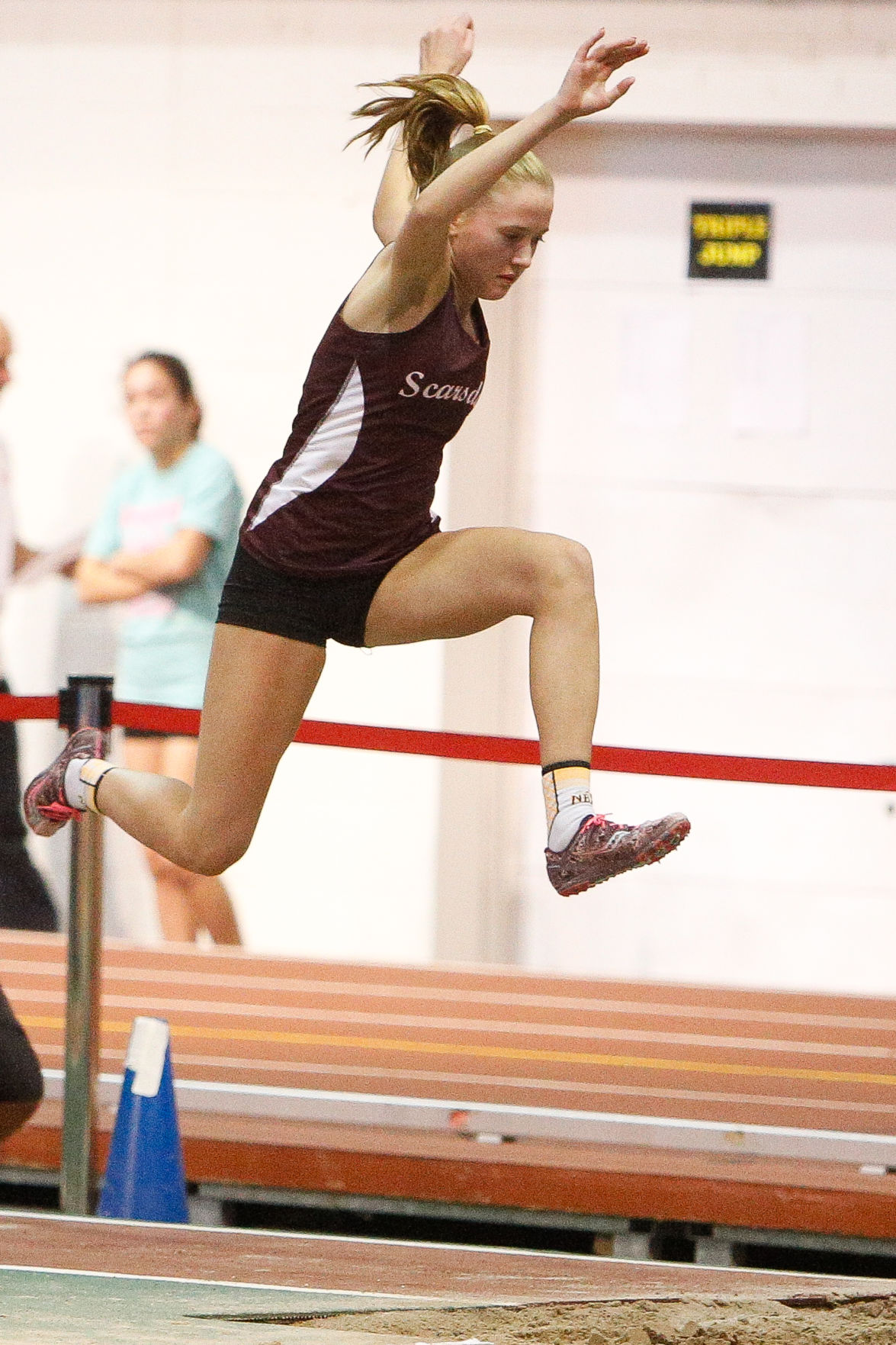 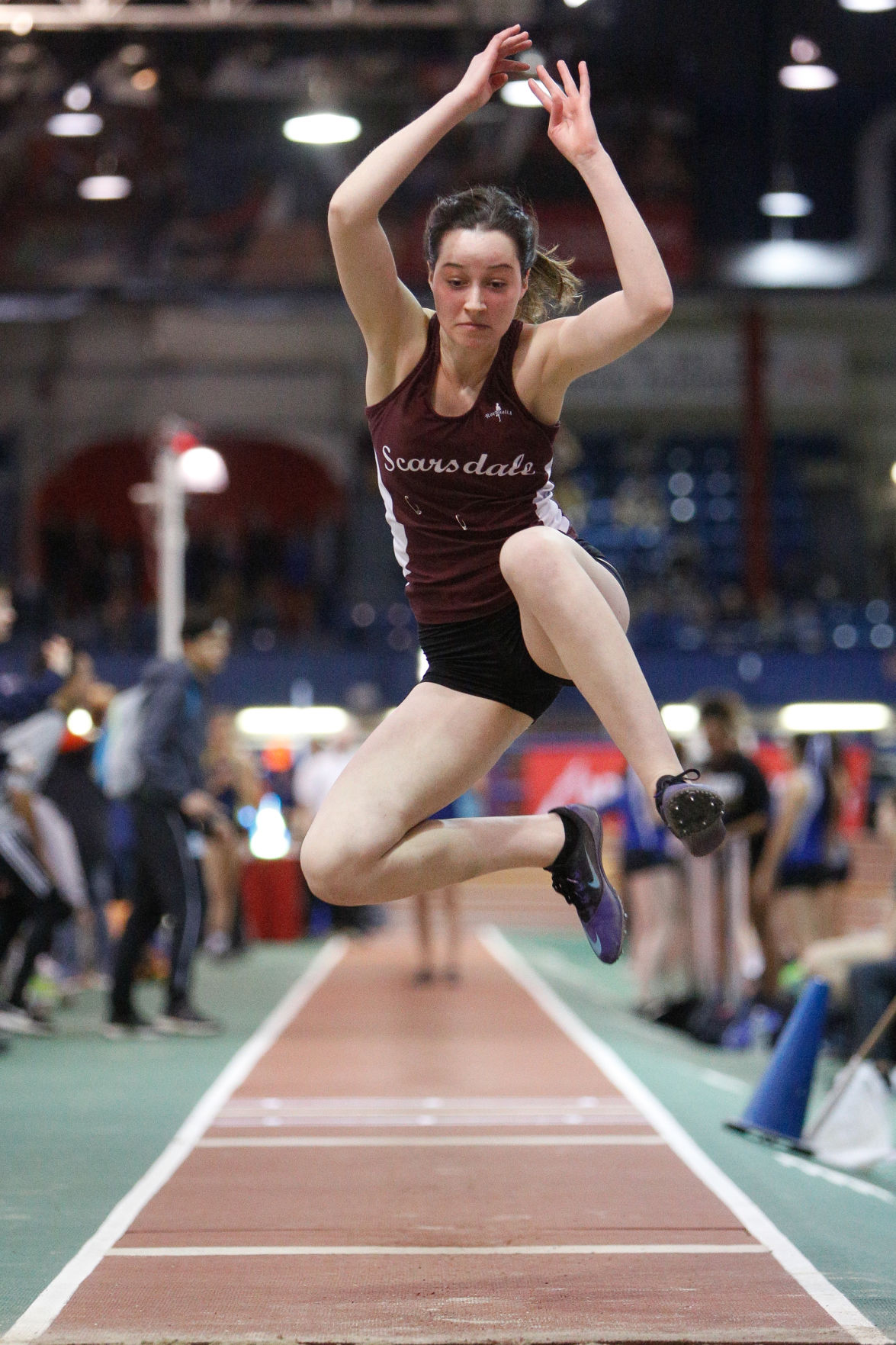 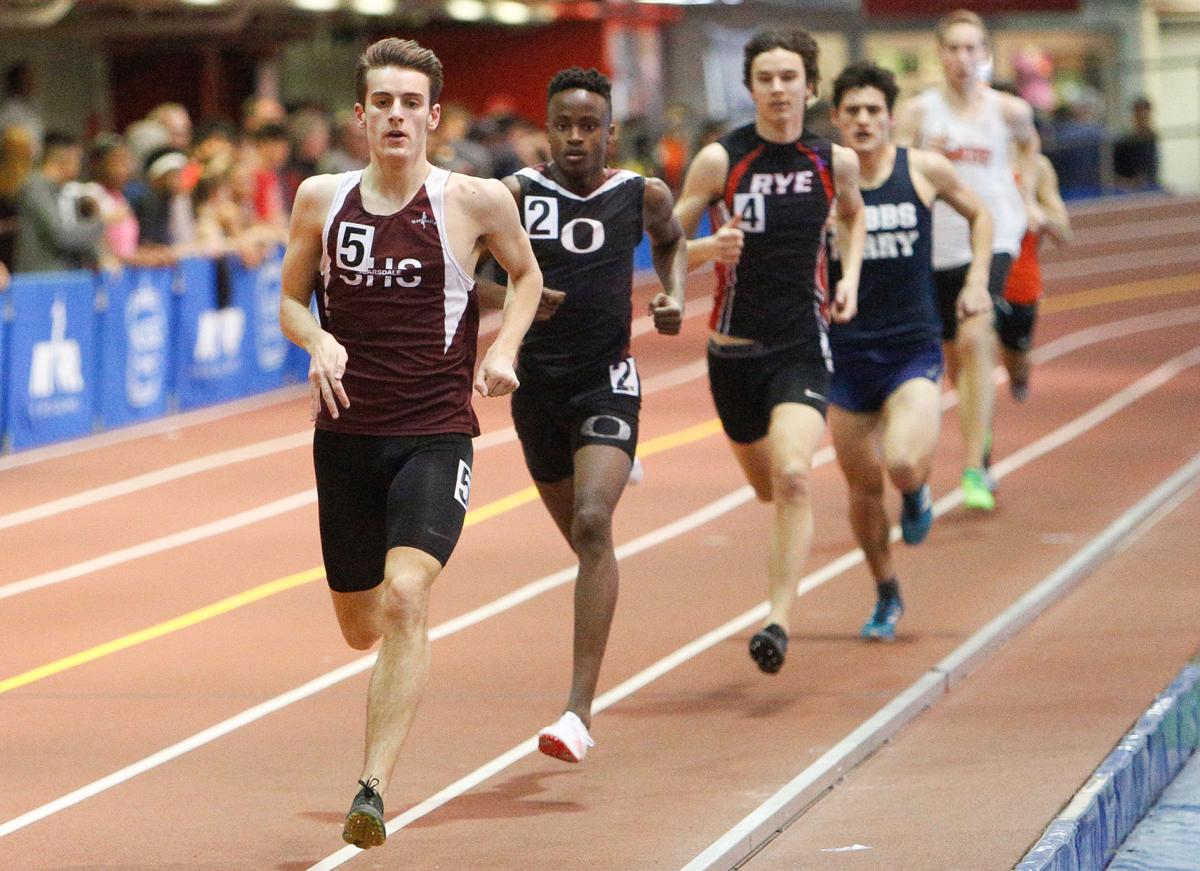 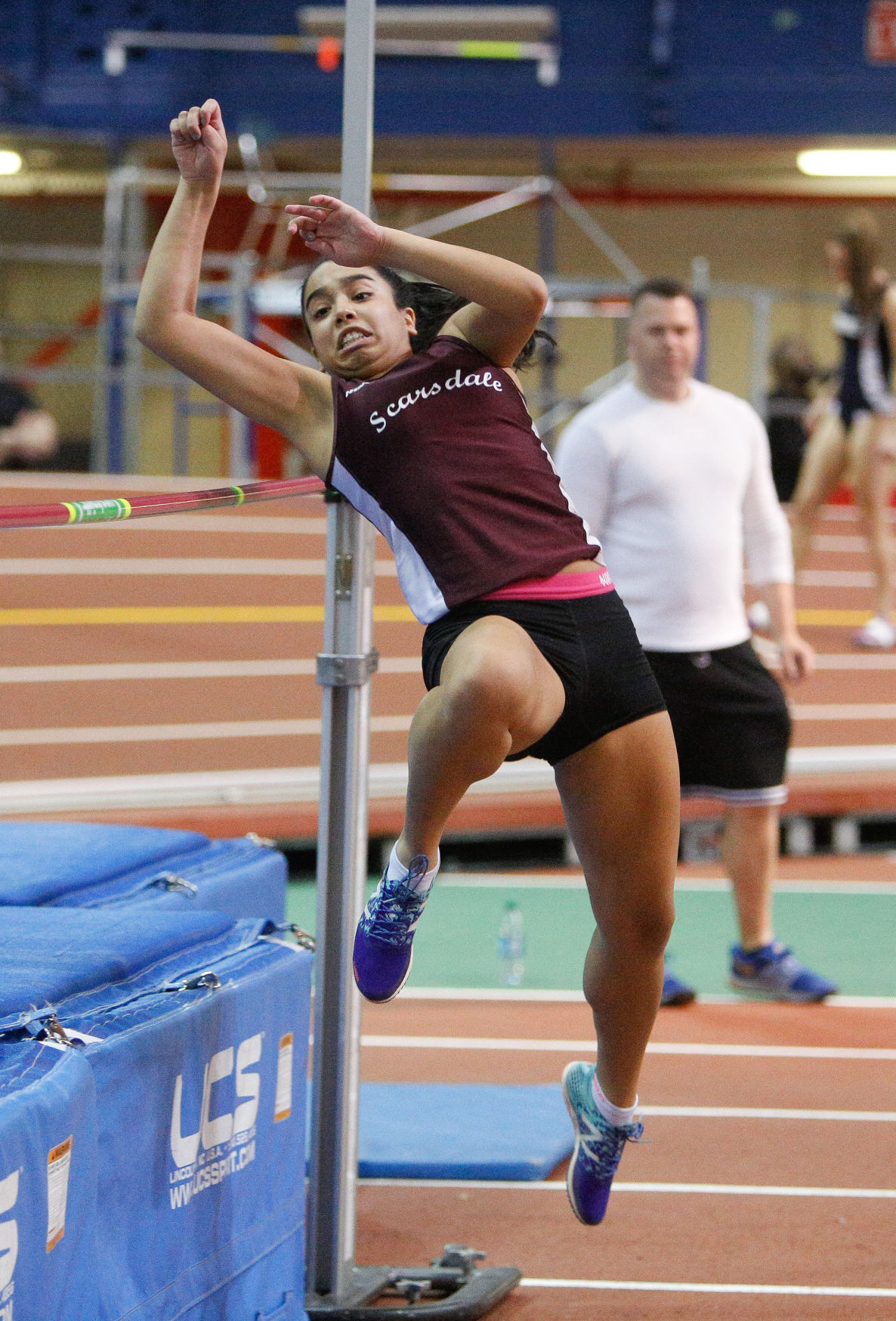 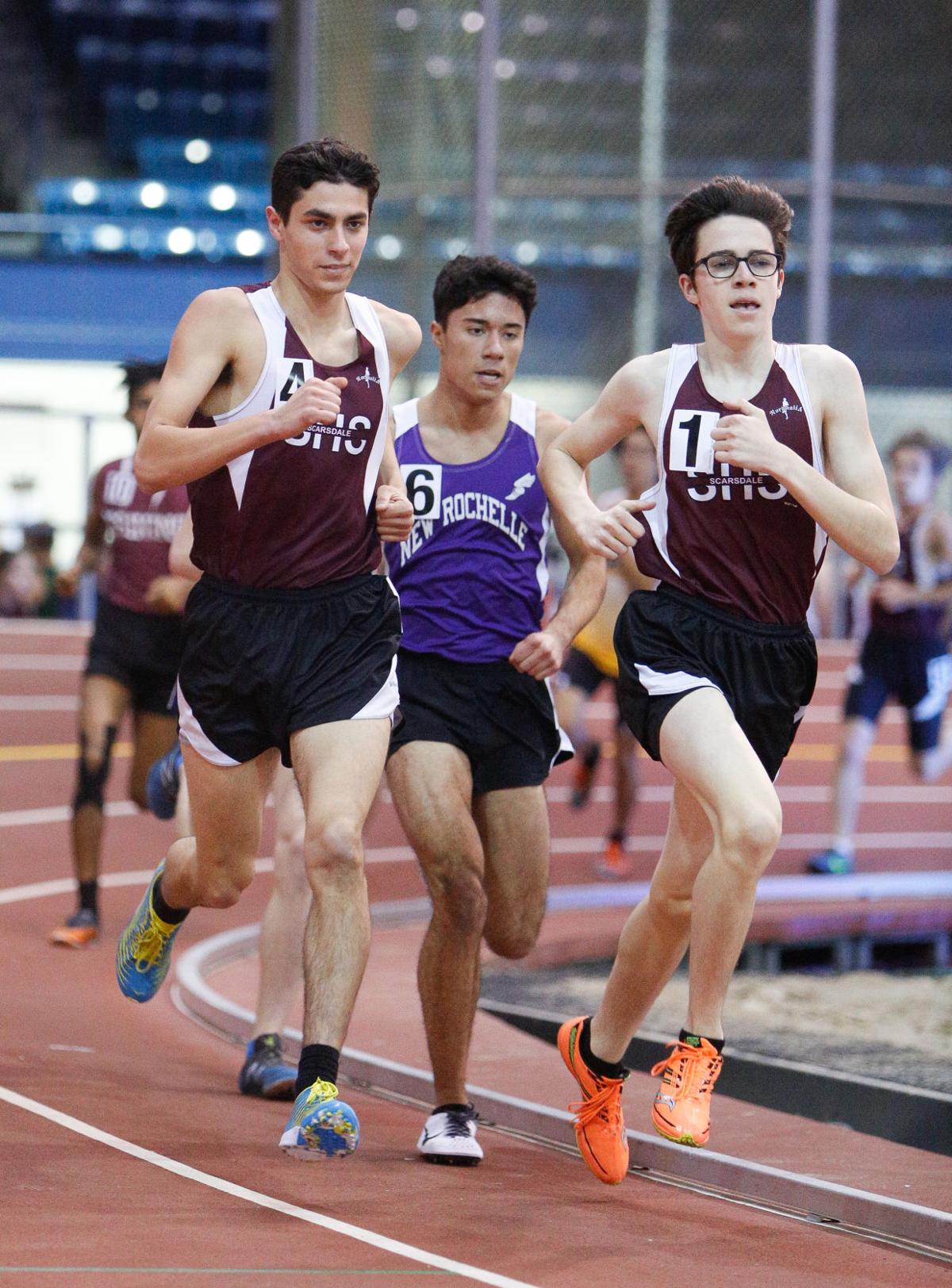 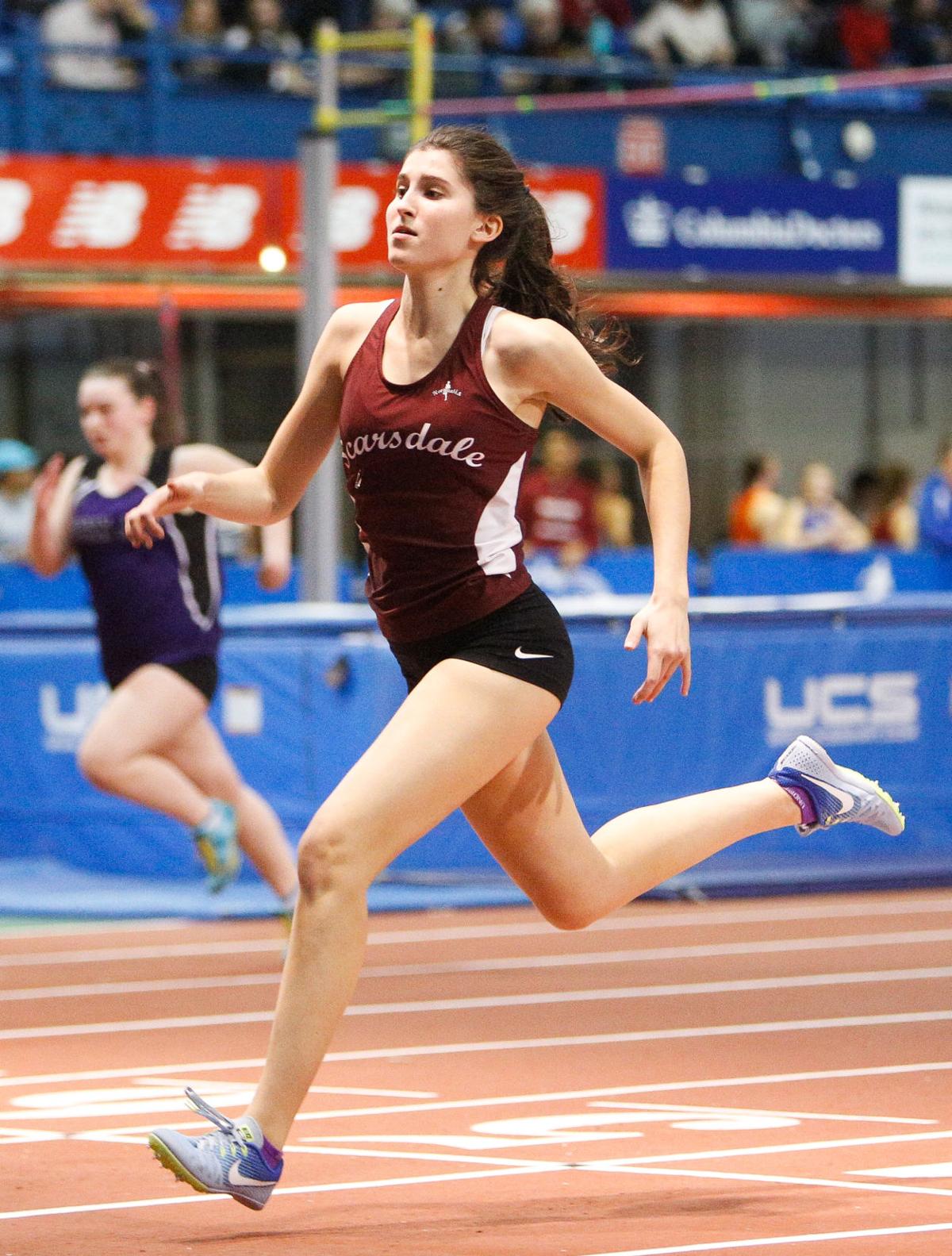 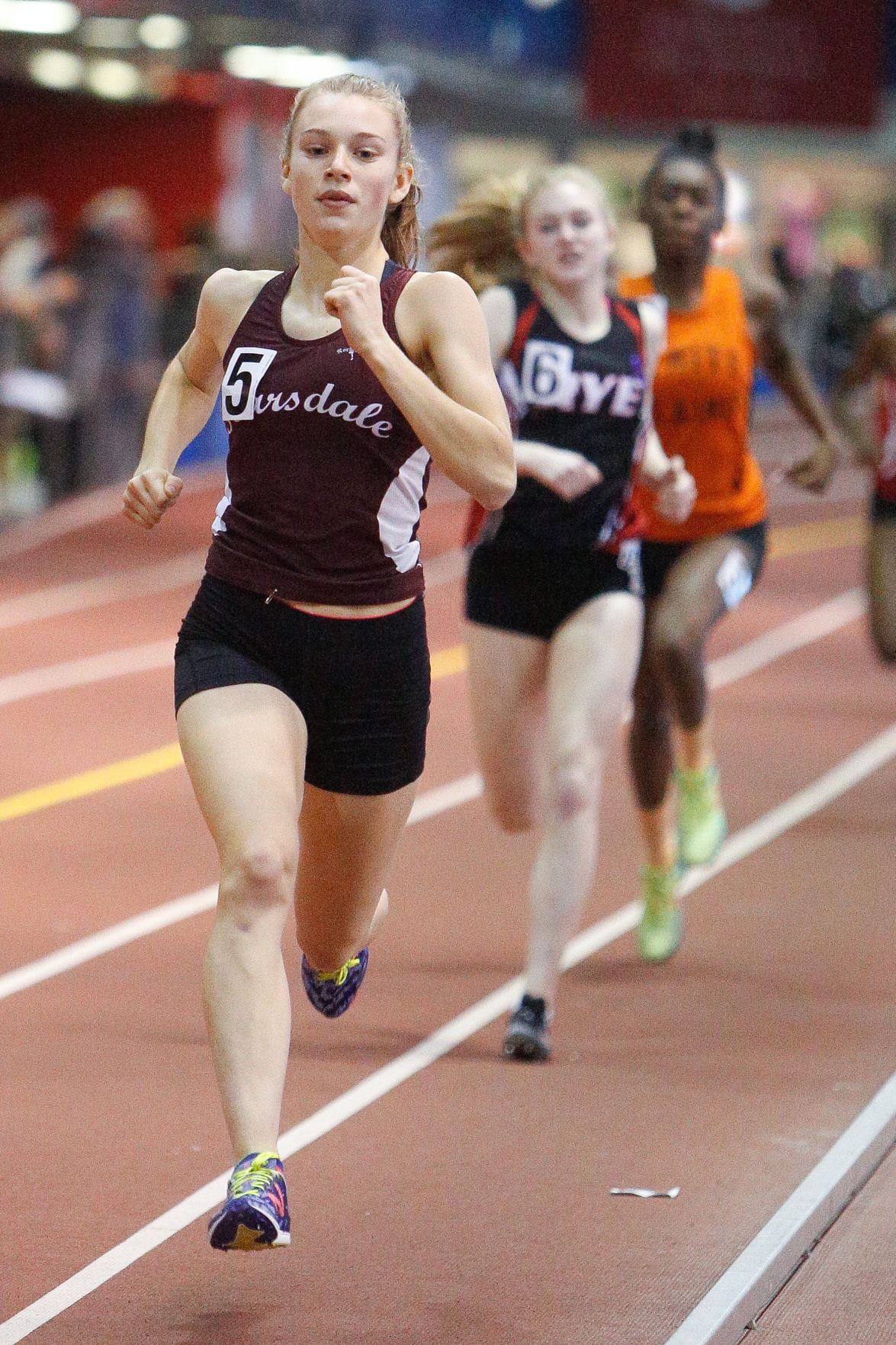 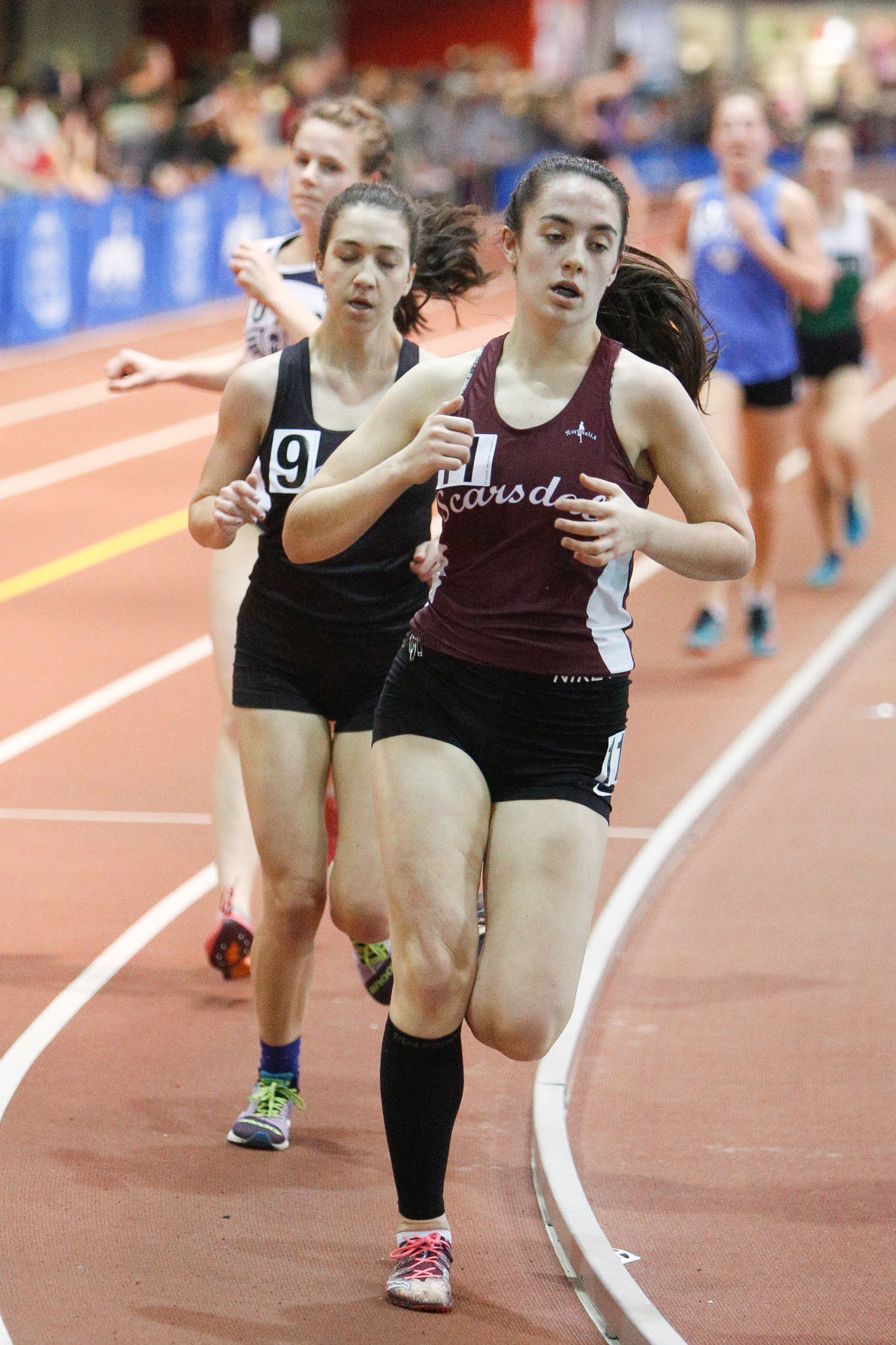 When you consider how many key events the Scarsdale track and field team didn’t contest, the boys taking second and the girls tying for fifth at Sunday’s Westchester County Championship meet is quite remarkable.

The boys didn’t have any competitors in the weight throw, shot put, pole vault, high jump or triple jump.

“I knew we were going to be in the mix,” coach Rich Clark said. “We were second place missing those events, so that was pretty good. We are a young team and my goal before I retire is to fill all bases. We were very competitive in the events we were in. Hopefully as we go on in the next year or two the young kids will be able to pick up the slack in events we don’t cover due to lack of the standard or lack of the kids that want to do those events.”

The girls were also short in the weight throw, pole vault and shot put. The new track and field facility is expected to be completed by the summer, so for next winter and spring Scarsdale will have the full range of outdoor facilities needed to train and compete.

“I think it will help immensely when kids see other kids doing it,” Clark said of some of the jumping events. “Our kids are talented, but they just like to do things that they see their friends doing and that will help. They will be doing those events when the track is finished, which probably wouldn’t be this spring.”

Senior Eric Jacobson won the 600-meter, jockeying with the other runners and coming out on top in 1:22.45.

“They let him go and then they would catch up to him and then bang, he just kicked it in,” Clark said. “He’s got after-burners that he likes to use and we know he can use. When it’s close like that I know he’s just saving it.”

At sectionals qualifiers, Clark knows there will no holding back for Jacobson. “He’s an experienced runner and he’s grown tremendously,” Clark said. “He may walk on in college. He’s got talent and I’m glad he came out a few years ago for track and field. It’s been good for him and it’s certainly been good for the team.”

Junior David Matusz, who converted from ice hockey this winter after competing in track last spring and then continuing in the fall with cross-country, took fifth in 2:37.52.

“I was hoping against hope he would, but my gut told me he wouldn’t come out, but he did,” Clark said of cross-country. “I was happier than a pig in a sty. He came out and did well. He probably went from our 15th or 16th guy with no speed and he came to around our fifth guy towards the end of the season. I was hoping he would do the long distance and I think he will next year or certainly in the spring. He’s really blossomed, especially when he goes by you and he gets that look on his face with focus. He has that next gear and he goes.”

Many of the boys in the 1,000-meter field got personal bests. “They peaked and things are working,” Clark said.

Sophomore Jake Coleman and senior Andrew Levy duked it out in the 3,200-meter. In cross-country, Levy outkicked Coleman to make the New York State team, but this time in the indoor county race Coleman was runner-up to Croton-Harmon’s Sean Gardiner, 9:36.61-10:02.49. Levy took fifth in 10:06.88.

“The kid from Croton-Harmon beat him, but Jake was in it all the way,” Clark said. “It was Jake and Andrew that were back and forth. They’ve been running neck-and-neck.”

Clark sees two keys to Coleman’s success. Coleman did one 90-mile week over the summer and then dropped his mileage gradually leading into cross-country and he bought into Clark and assistant track coach Vinny Modafferi’s strategy of saving speed workouts for the spring.

“Jake wasn’t the No. 1 runner, but then he became No. 1 with Andrew,” Clark said. “I think they all bought into it, especially now with Andrew buying into it. Jake does everything I ask of him. I couldn’t be happier with a runner. He’s quiet, he’s low-keyed, but when he gets out on that track he just gives you everything he’s got.”

Daniel Asher, a junior, had a remarkable comeback race in the 1,600-meter. At the Hispanic Games the first weekend of January, Asher ran a 5:52. At counties he placed seventh in 4:38.14. Asher had twisted his ankle at the spring state qualifier running the mile at White Plains and it impacted him during cross-country.

“We had to tell him that’s it,” Clark said. “He’d been going to therapy and since he only had three meets in he can’t go any further. But 4:38 to come back is fantastic.”

Coleman also ran the 1,600, taking 17th in 4:52.29. It was his first individual double in a meet and Clark hopes it proved to Coleman that he can push himself.

Junior Sophia Franco and senior Brooke Bensche handled the scoring for the girls, who also put up a strong performance despite not contesting three events.

“She’s made quite a bit of progress,” Clark said. “A bunch of the girls had a bit of a hiatus [being there for a teammate for personal reasons], but I’m happy they did that. They did miss some practice and training. They were a little rusty when they came back the first meet, but this meet they were good.”

“It’s tough for her because we used to go down to the Armory before Tom List retired, so we had some practice time down there,” Clark said of Bensche and the high jump. “We thought we’d get more practice time in the gyms, but it’s really not the same. She’s had to do what she’s done through meets because we don’t practice as much here. It’s quite different in the gym compared to the Armory.

“I give her an awful lot of credit the way she’s come through. She puts some pressure on herself, but this year I haven’t seen it overwhelm her. It’s a good pressure and she’s doing well with it. She had a lot of poise to win at 5-3. We’re hoping she gets up to 5-4, 5-6, but that will come, certainly in the spring when we’re outside.”

Other standout performances included sophomore Alexa Doyle and junior Isabel Lago in the 1,500-meter, and junior Victoria Capobianco and senior Elise Boucher in the 3,000.

“They weren’t able to score against a lot of the girls older than them, but next year they will,” Clark said. “Alexa knows everything about all the girls and she’s online checking it out the competition.”

In the relays, the Raiders were balanced, falling in the top 10, made even more impressive after some runners went home sick and the coaches had to scramble to shuffle new girls into the lineups.

“They were all competitive and we’ve had competitive girls relays teams, but not in a while like this,” Clark said. “This girls team is competitive all the way around.”

Overall it was an evening well spent at the Armory and the Raiders look forward to the Section 1 Class A meet and the state qualifier coming up.

“The kids are good, they like to be there, they’re excited, they’re enthusiastic, they keep me going, the old man that I am,” Clark said. “That attitude permeates the team. It’s infectious, the best thing that’s happened to the program. I’m going to miss this group of seniors who keep it going. I’m always enthused because they’re enthused and they say they’re enthused because I’m enthused. Maybe we feed off each other. That’s the way it’s supposed to be.