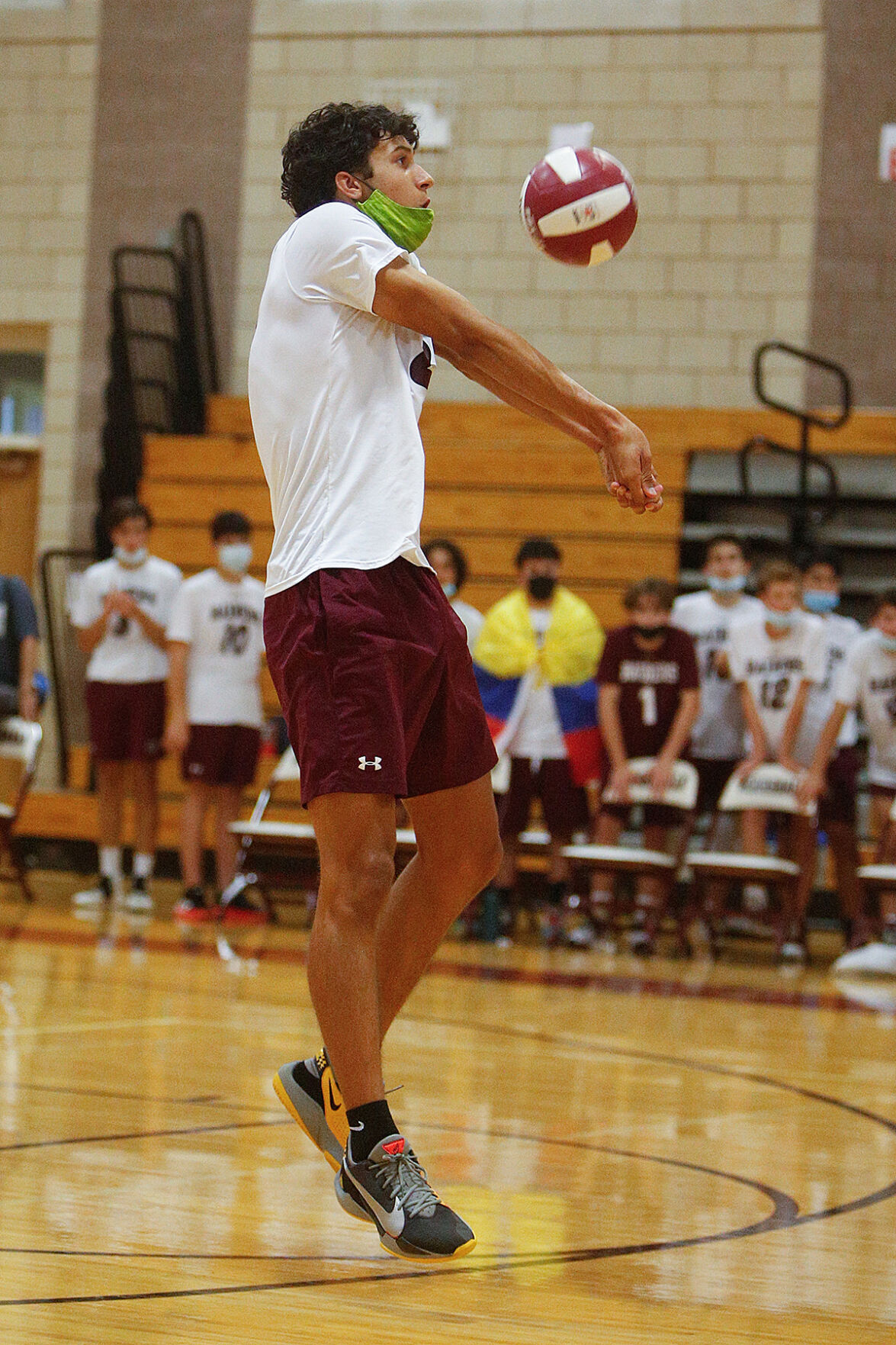 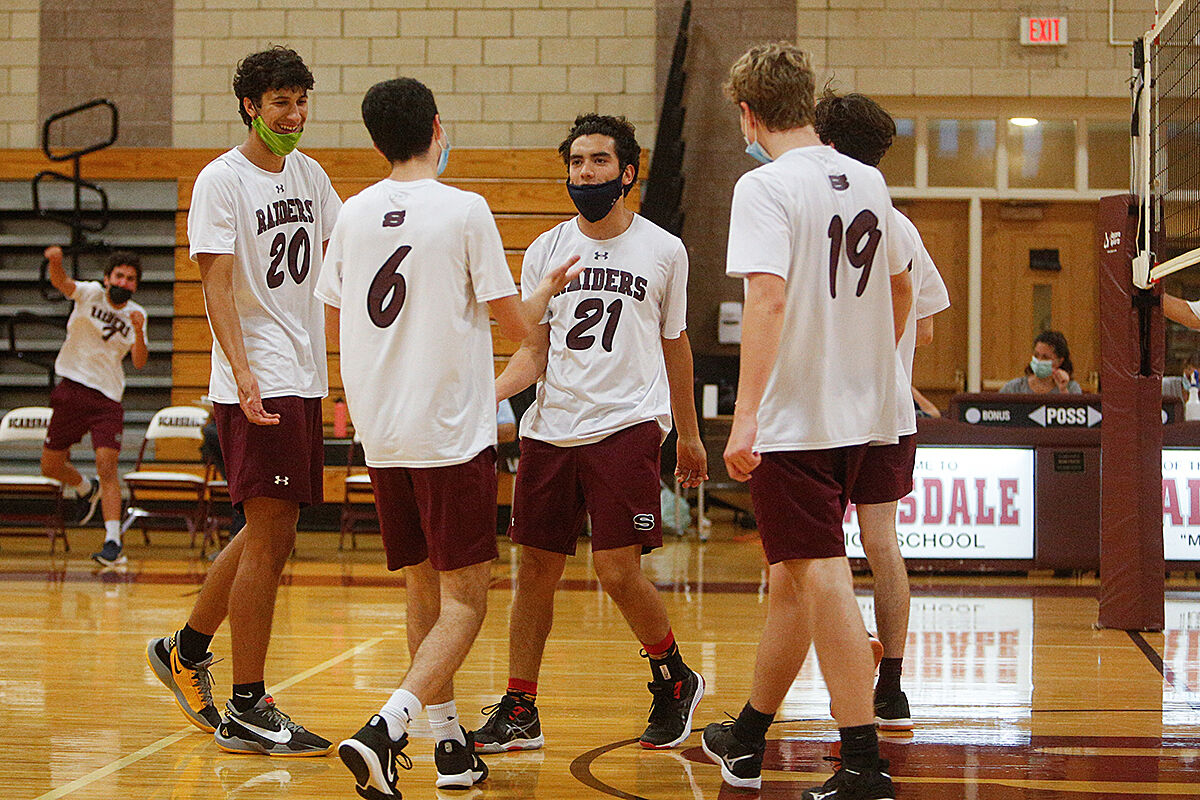 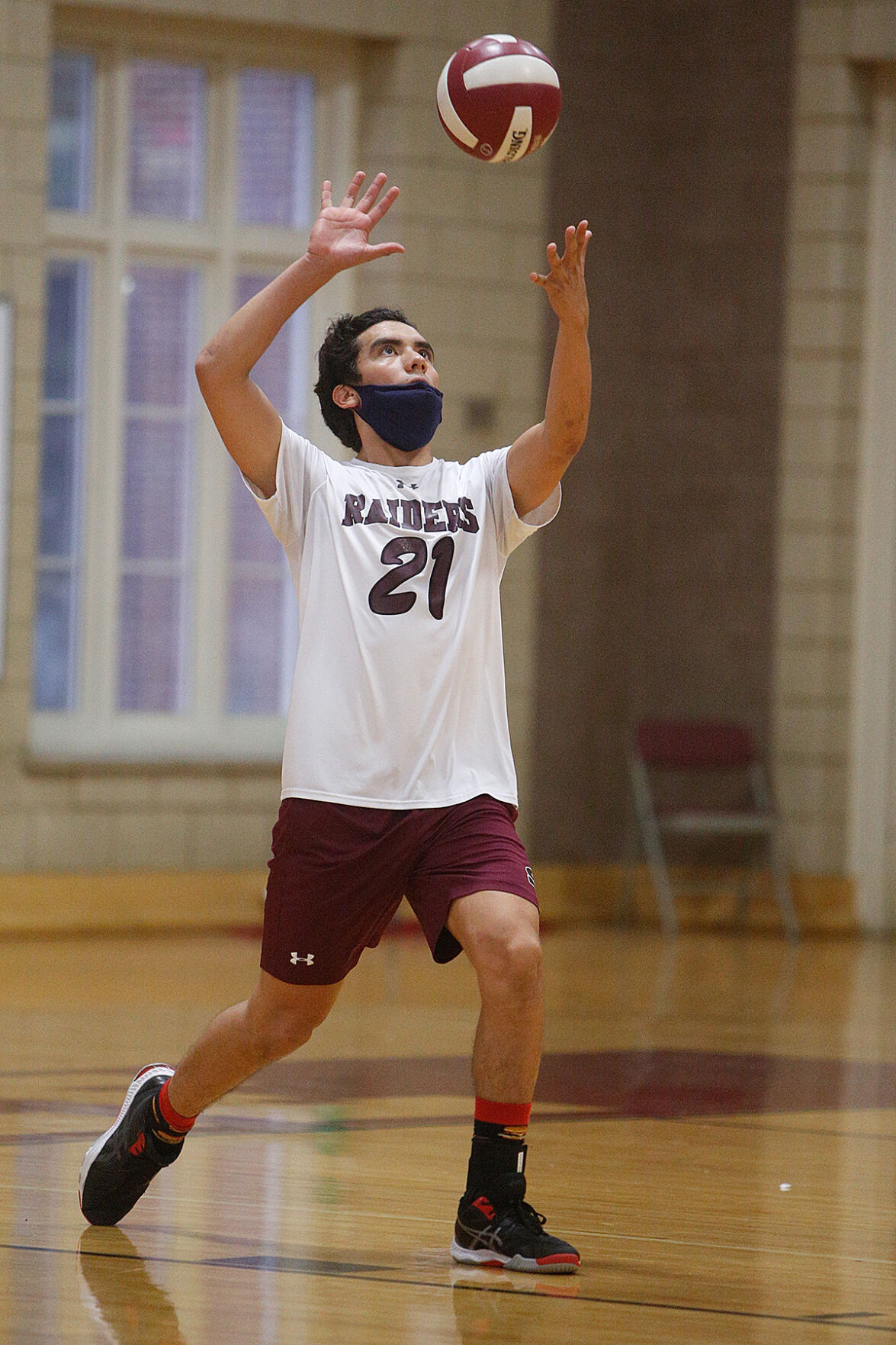 While Scarsdale boys volleyball’s starting lineup may not be as dominant as last year’s, the Raiders have more depth at every position and plenty of room to improve on some weaker areas before postseason. They believe they could be even better than last year’s Section 1 championship team — and that was a powerhouse of a team.

“We’ll be as good as last year and if the setters and back row improve we can be better than last year because I just have so many more people who can attack,” coach Jim Williams said.

The Raiders are 3-0 through three easy matches and they look forward to being challenged by some of the better teams like Suffern and Clarkstown North coming up so they can see where they really stand.

“You don’t enjoy an easy win as much,” senior setter Cyrus Toosi said. “You don’t want to feel like you had easy competition. Being challenged is the best part because it raises the bar of competition. Every guy on the team can rise to that level and beyond. That’s why we succeed.”

The depth makes for fun and competitive practices, a bit different than last year when there was a more set lineup of dominant starters.

“Our seniors last year are great, but we only had four of them,” Toosi said. “We kept a lot of our returning guys who got work last year and then we added a bunch of new great guys from JV, so we have tons of depth. We start three liberos, with each one playing a set. They could all potentially start. I’m so impressed with the guys we have. We have six starters and a few that come in on the rotation, but you could pick another five, six, seven guys who could come in and still win us the game. It’s crazy and it’s great to see.”

Toosi is one of the main setters with the graduation of Gustavo Quaresma de Moura and Noah Weber. He had the opportunity to play with and learn from both of them on junior varsity and varsity, which prepared him to take on the role this year.

“A setter has to be loud and vocal and aggressive and I think when I started off freshman year I started playing at setter when the program was weaker and they didn’t have as many guys,” Toosi said. “The setter has to understand a lot about where they are on the court and who is around them and that’s a big part of where I’ve grown — I’m able to see where my team is and where I should set. I know who to set to because I know the positioning and where the blockers are going to be. That development really happened last year.”

Having defending Section 1 Player of the Year Santiago Gomez, a senior, to set to makes his job easier, while others like senior Drew Hill, juniors Tommy DiLorenzo and Charlie Hirschhorn, and sophomore Oscar Langford are really finding their groove at the net working with setters Toosi and Jonny Gates, a junior.

“I have five pretty good hitters and then I have some guys who are good hitters who aren’t tall enough to play front row effectively,” Williams said. “Senior Cam Brody is a really good outside hitter. He can’t block as effectively as I need him to. Then there’s junior Ian Silberstein, who is quite an incredible hitter, but he’s not quite tall enough to get up there and block.”

Williams has Toosi and Gates working on back-setting because there are players who can hit from every side, which opens up the options.

“If I’m using all three attackers it just helps everybody,” Williams said. “Both of them are doing a much better job at the beginning of the season as far as the back-sets. And basically if you hit the ball up in the air Santiago will go find it. He will pretty much hit anything you throw out there.”

Hill and DiLorenzo are still relatively new to playing middle, but they are making great progress. “That’s just days of doing it and getting used to it,” Williams said. “That’s starting to pay off now.”

Gomez has also been used as a setter. “I’m kind of toying with Santiago setting because if he really wants to go play at the next level he’s not going to be an outside hitter, so if they see him setting or see him playing back row, they might see him as some sort of defensive specialist or setter,” Williams said. “Also it keeps him in the game without dominating from the outside as far as just hitting the ball at the other team. He’s a very stabilizing force on everybody else, so as long as he’s in there he’ll quietly explain to guys, ‘Do this,’ ‘Do that.’ He’s my coach on the court.”

Of course when the situation arises and games are tight, Gomez will be pounding balls to the floor against opposing teams.

The libero position is up for grabs in the absence of graduate Ben Hoexter, who was so solid for the team last year. Williams is waiting for either seniors Jonny Lee or David Appel or junior Daniel Love to assert themselves as the No. 1.

“I think we are in good shape,” Williams said. “I purposely didn’t have a lot of games in the first two weeks so I could see where we’re at and adjust.”

Hill led the team with 10 kills against South, while Gomez had nine, DiLorenzo and Hirschhorn four each. Toosi had 14 assists, Pavone and Gomez five each, Gates four. Gomez had six digs, while Daniel Love and Gomez each had 10 serve receives each, Hirschhorn seven. On the serve, Toosi was 10/10, Gomez 9/9, Pavone 10/11, Hill 10/12, junior Daniel Rublin 7/7 and Hill had three aces.

Scarsdale is seeing excitement around the program on and off the court with large crowds for games. “It’s become fun for everybody, not just the kids on the floor, but the kids in the stands and kids in the hallways talking about it,” Williams said. “Everybody has a role to play and when somebody hits the ball hard or somebody blocks the ball it’s exciting.”

“I hope we get to go to a state tournament this year just to see what we can do,” Williams said. “We’ll see what the future brings to us.”