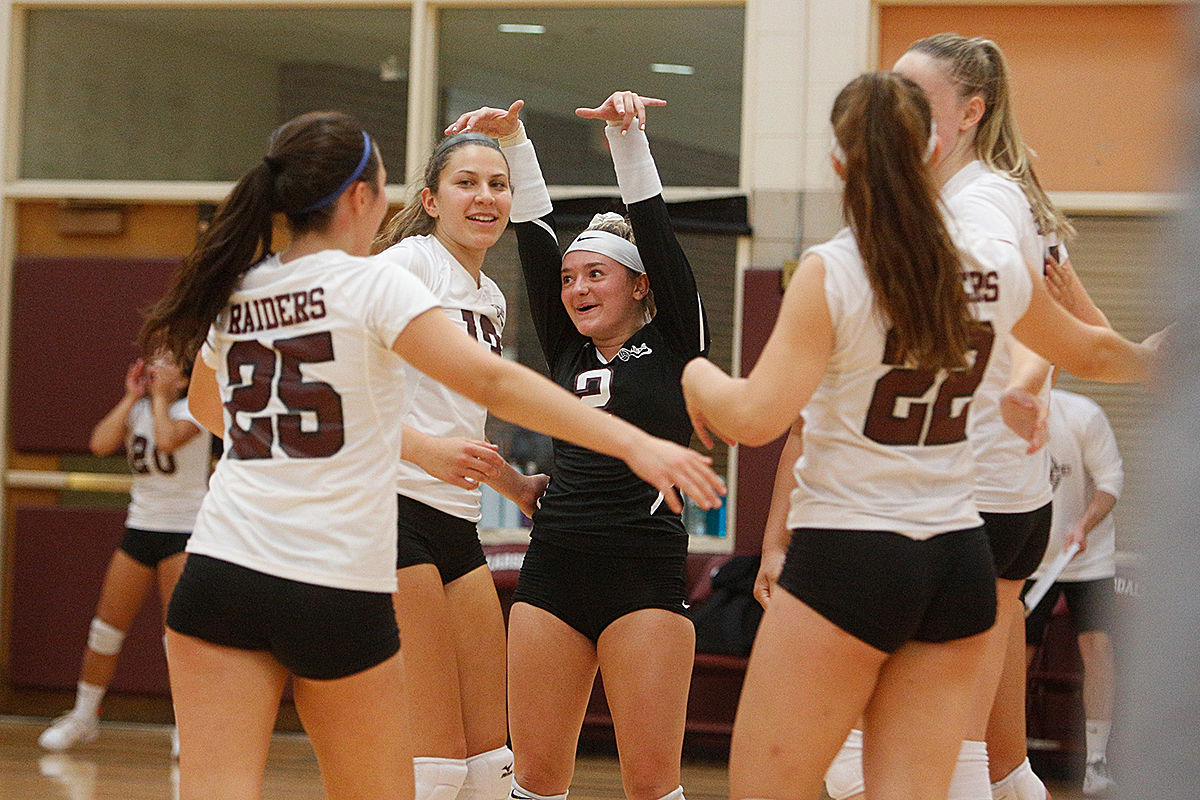 The Raiders celebrate a point against Ossining. 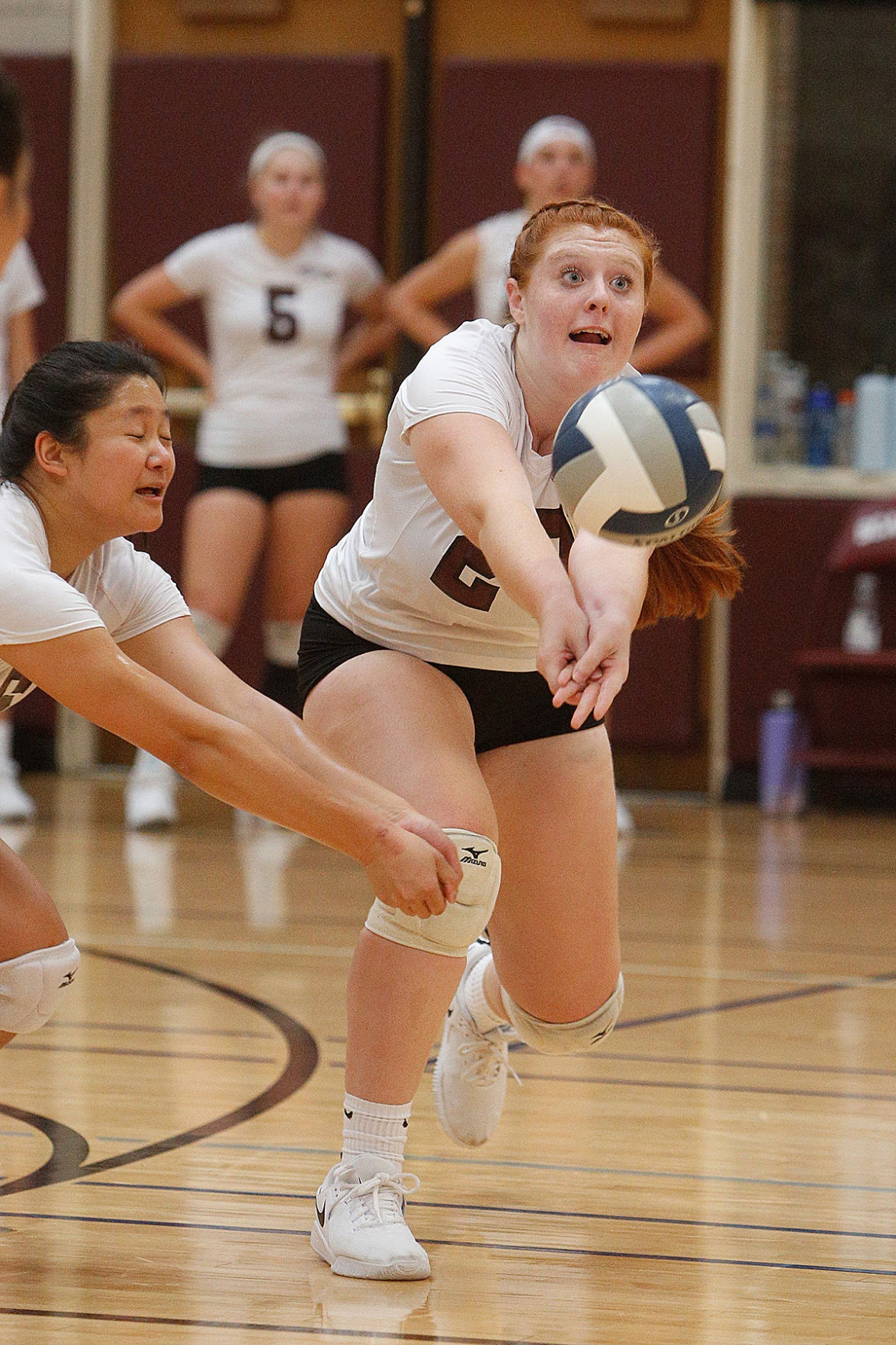 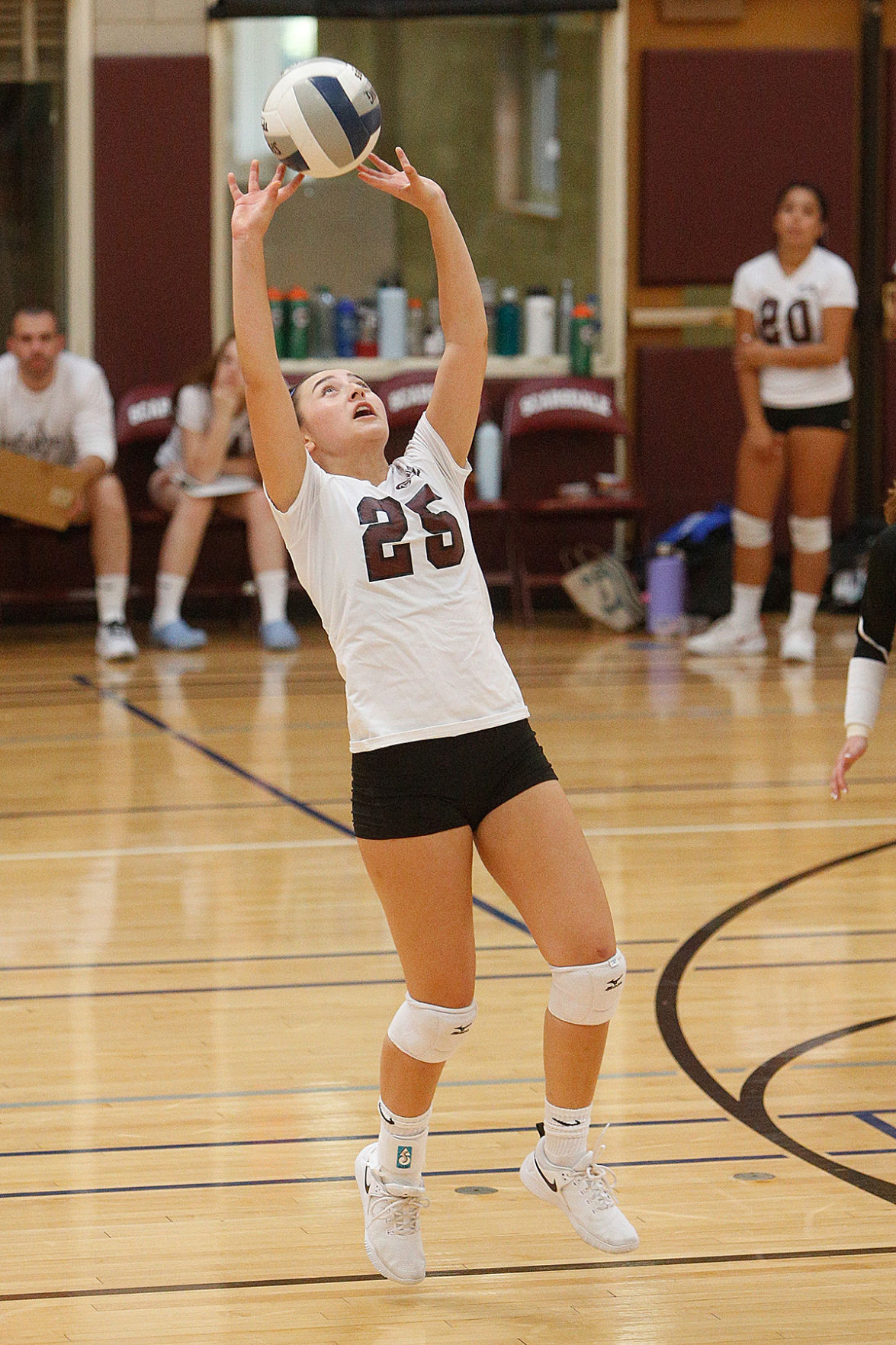 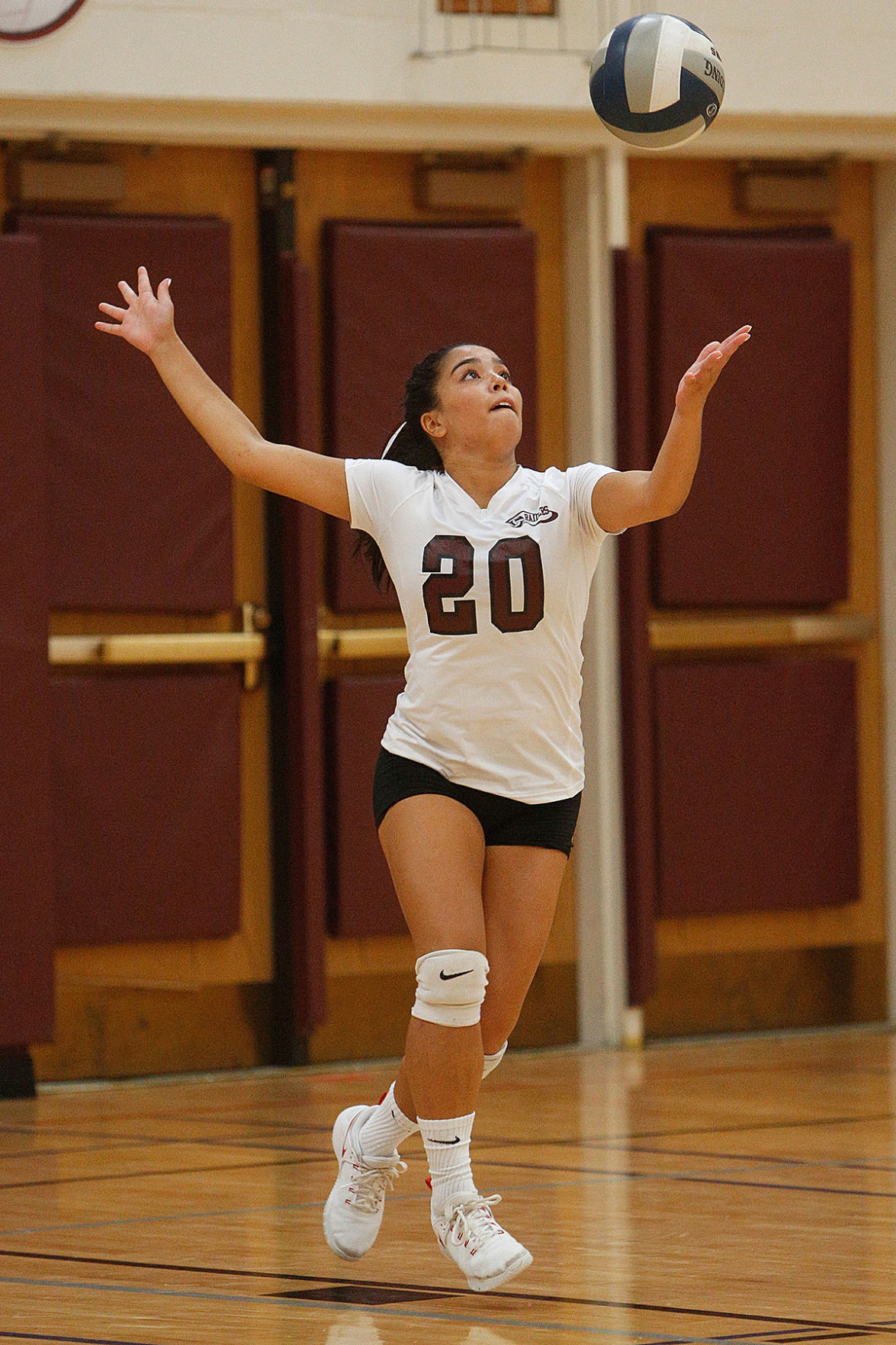 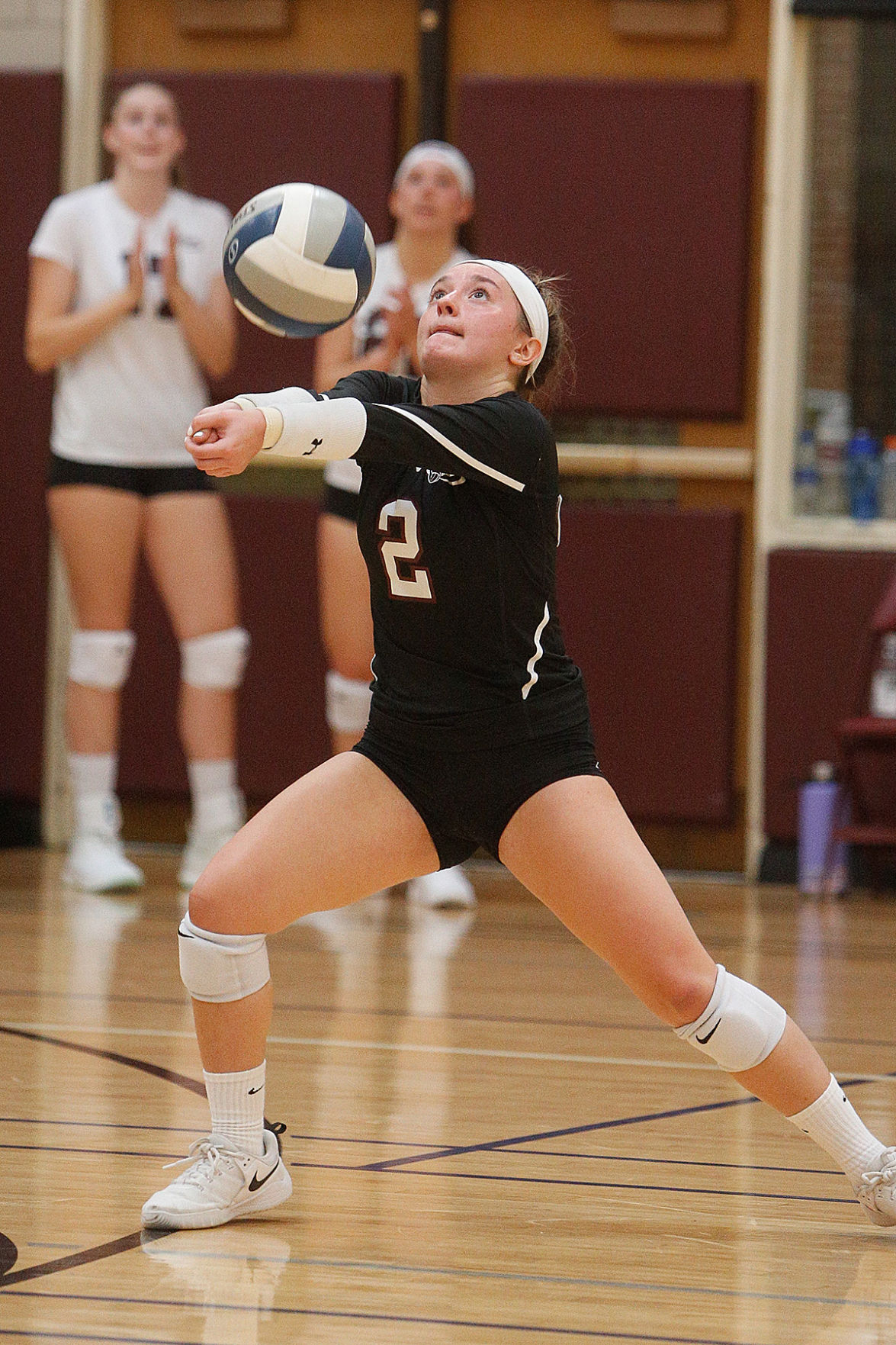 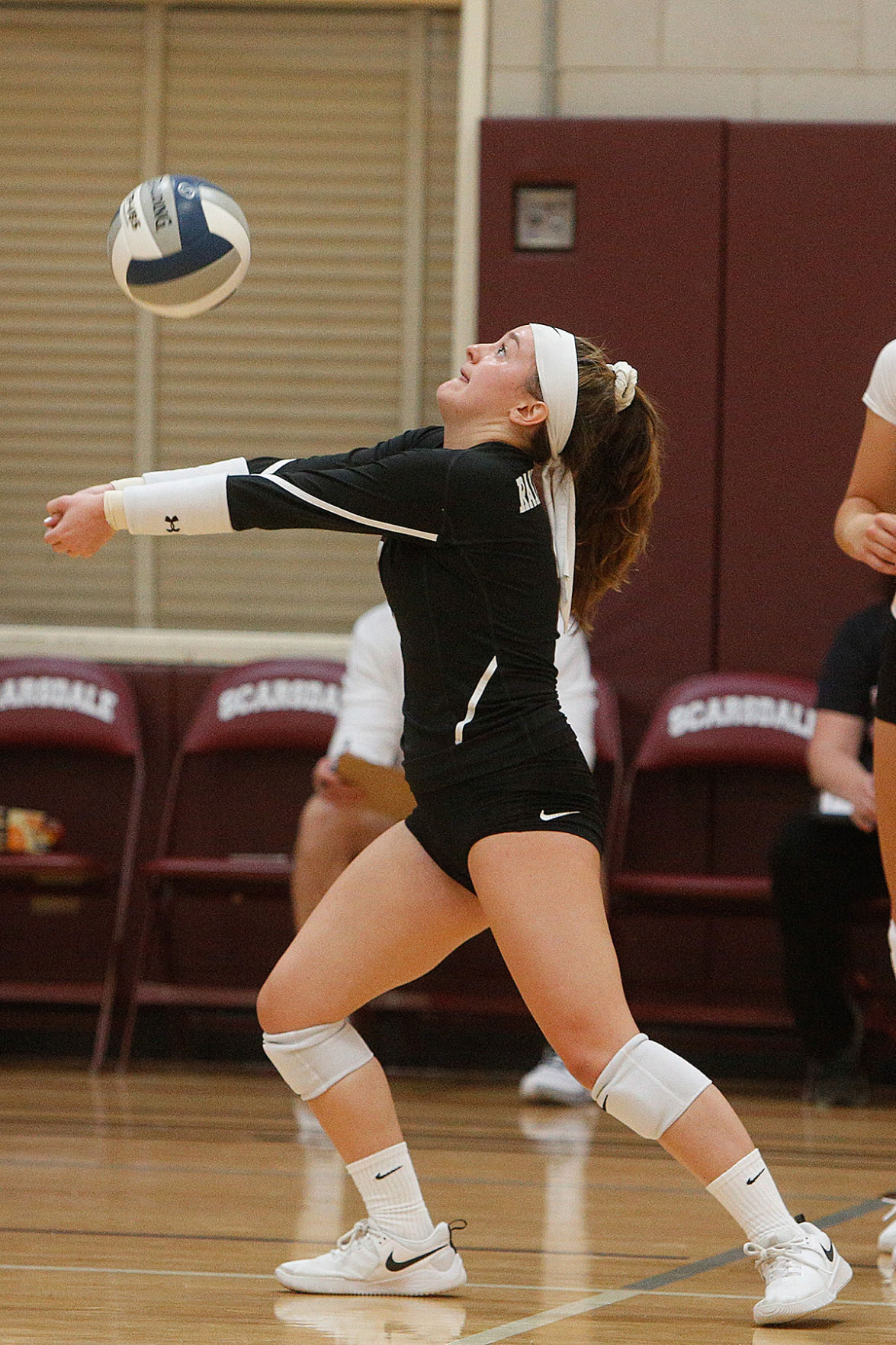 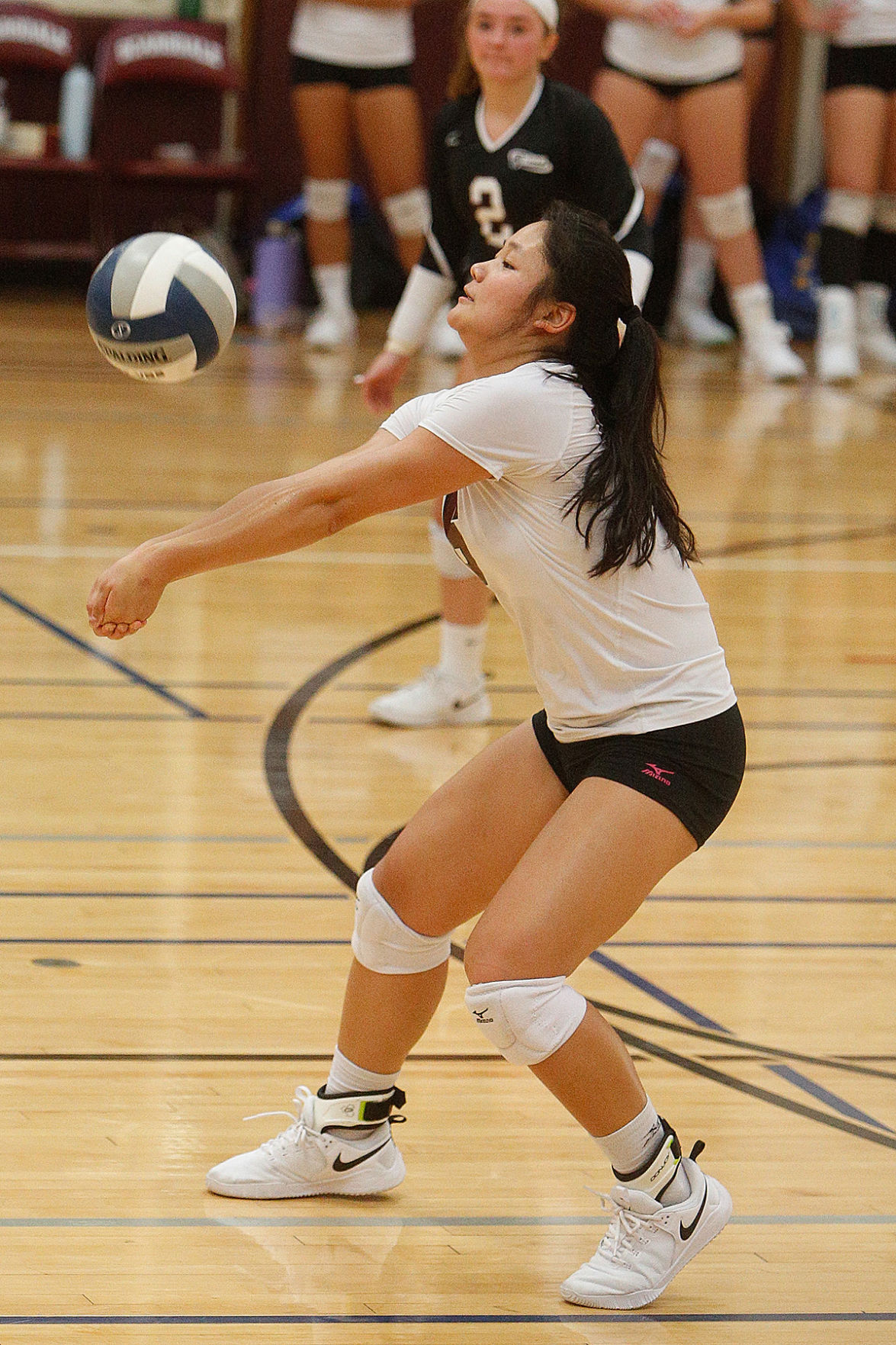 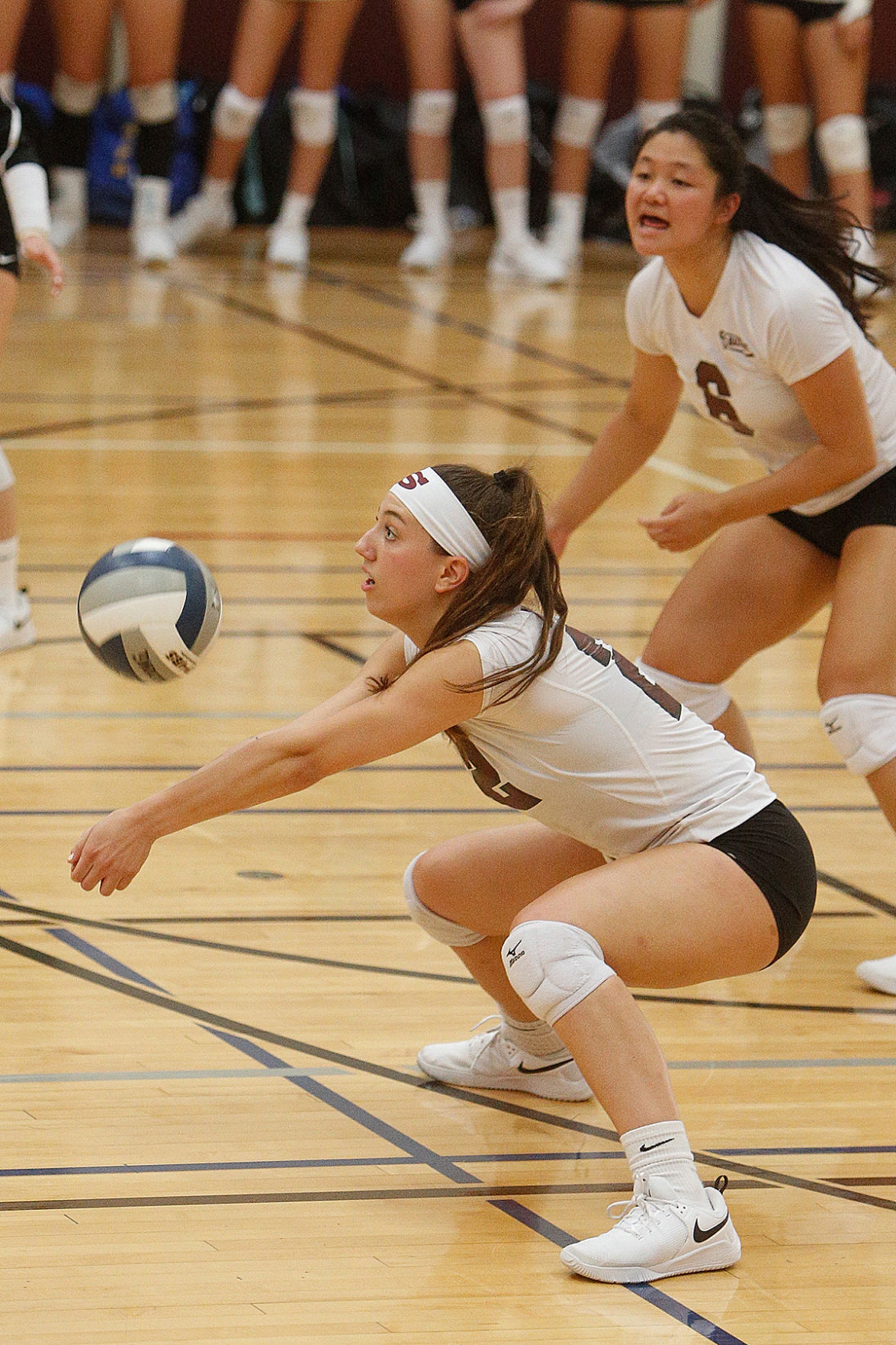 The Raiders celebrate a point against Ossining.

Falling in the finals of its home tournament to Mahopac last fall was disappointing for the Scarsdale girls volleyball team. With a senior-heavy team this year, losing in the finals to Eastchester was just dreadful.

But, similar to the team’s lone loss in the regular season to Ossining, the Raiders don’t feel they played to their potential, so the best is yet to come for this team.

Through two tournaments and six matches already, the Raiders have been challenged on a daily basis and have a semifinals appearance, a finals appearance and a 6-1 record to show for it.

The Raiders were missing three key seniors, Sarah Shepetin, Jordy Love and Magan Chin, who were taking a test in the morning, but were there for the playoffs.

“It was so exciting,” Love said of making the home finals. “I feel like our team overcame so much all day. Everyone got rattled when you have to switch three players that are usually there out of the lineup. It’s confusing to everyone and people have to play new positions. It’s difficult to get adjusted. After a really hard-fought day our hard work paid off to make the finals.”

The Raiders used their depth to compete in pool play.

“I was so impressed by how everybody else stepped up,” coach Ann Marie Nee said. “Coco [Dweck] had a great morning. So did Ruby [Foligno] and Alexa [Rupe], who were All-Tournament. Ruby played outside really well and Alexa was her normal blocking self in the middle all morning.”

Scarsdale won the first set in a best of three against Eastchester, but, according to Nee, “We let our guard down and they kicked into another gear and didn’t make any mistakes. They took the second and third sets. They were very tenacious and very scrappy and gave us a run for our money.”

The Raiders learned what they need to work on and the importance of never letting up no matter the level of the competition.

“We always need to work harder than the other team,” Shepetin said. “I think we were waiting for them to make mistakes. That’s what killed us in the end. We played well overall.”

Scarsdale played 13 sets and used a lot of players during the day. “That’s the equivalent of four regular season games,” Nee said. “That was the goal of the day.”

The lone regular season loss came at the hands of defending Section 1 Class AA champion Ossining, which swept the Raiders in a tight contest, 25-23, 25-22, 28-26.

“One thing we need to work on is not getting down on ourselves after,” Shepetin said. “We let them get a couple of points and then they took the lead from there. I think we were scared to win in some sense. We knew we could beat them. Now we know we shouldn’t place so much pressure on one set or one match.”

The Raiders competed hard and came closest to knocking off Ossining to that point.

“The last set, where we really started to play our game, it was 28-26,” Nee said. “Mentally there was a fear Ossining was the defending champs, they have one really good DI recruit, so there was so much hype around Ossining. When we got on the court we waited to see what they had instead of just playing… It’s one thing to lose to Ossining when you play your very best game, but we didn’t play our very best.”

“I think it was really good for morale,” Shepetin said. “We left it all out there and even if we lost we thought it was the best we could have played. It was kind of a stroke of luck to win, but at the same time not really.”

Junior Virginia Lilly, senior Sophia Laaraj and sophomore Emily Simons have all been given the opportunity to set for the Raiders. Lilly and Laaraj combined for 15 assists against Mahopac.

“We’re trying three different setters because they’re all very good and we’re going to see what will gel well with the rest of the team,” Nee said. “It’s still early in the season so we’re seeing where we’ll lean. The setters are also good at other jobs like passing and serving. Maybe they play a different position if they aren’t setting.”

The lineup and playing time are known for changing throughout the season.

“You’re always trying out for your position on this team,” Nee said. “If someone starts teetering a little bit someone else is ready to take their spot. Also we find new talents develop over the course of the season and we might change someone’s position entirely.”

Though the Raiders haven’t totally found their stride to win all the close matches, Love is impressed with where the team is in terms of growth so early in the season.

“We didn’t look like a team that just finished preseason when we started playing,” the senior captain said of the tight-knit team. “We looked like a team that was in postseason form because we all knew how to talk to each other. We can read where each other are on the court.”

With nine seniors on a 14-player team, Scarsdale has the familiarity edge.

“This is a team that’s been together for a while already,” Love said. “I think it makes sense that we mesh so well. I think we all want it as badly and we’re not afraid to push each other.”